Up Your Odds by Fishing Topwater Frogs

Up Your Odds by Fishing Topwater Frogs

The time it takes for a hungry largemouth to engulf a topwater frog is undoubtedly the most electrifying half-second in bass fishing. And the instant the line goes slack, or the lure leaves the water like a submarine-launched missile, is the most frustrating half-second.

Much worse is a day when bass after bass comes unbuttoned; then frustration turns to heartbreak. And any angler who denies it’s ever happened to him or her is either telling a fish story, or never fished a frog before.

Yes, hollow-body frogs — as a class — have a notorious reputation for dropping fish, causing many an angler to dodge the lure as it zips straight for his solar plexus with the speed of a major league heater. But is that a reason to relegate them to the bottom of your tackle tray? Certainly not!

Frogs are so damn good at what they do — getting to bass that live in stuff so thick you’d never see them otherwise. They slide over pads and matted weeds, and slither through brush, like no other lure can. More importantly, they get fish to react. It’s up to the angler to make sure a bass stays connected, and there are plenty of things you can do to tip the odds in your favor.

Booyah’s Pad Crasher frog (below) is arguably one of the most productive in its class. And like nearly every lure of this type, the silicone strands that represent hind legs are exceedingly long. While they look good in the water, however, a bass striking from behind often gets no more than a mouthful of rubber. Before casting your next frog, trim the legs with a scissors — start with an inch or so and go from there. It not only creates a more compact and lethal target, but it also reduces the legs’ dampening effect on the lure’s vital side-to-side motion during the retrieve. Upshot: You can make it walk-the-dog with less effort. 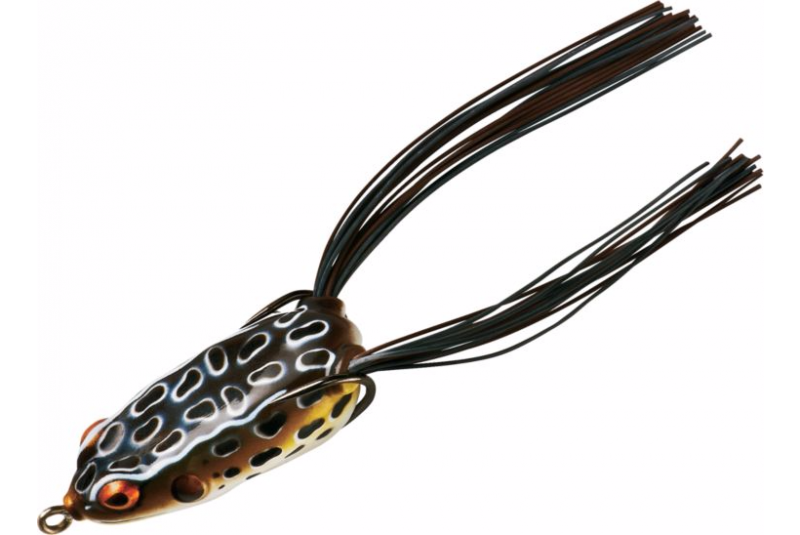 Hollow-body frogs typically sport a pair of hooks with points that ride tight to the lure’s flanks — a big reason the bait is so famously snag-proof. Trouble is, they can be fish-proof, too, because the bass must compress the lure’s body a great deal in order to expose the hook point.

You can combat this by, ever so gently, bending the points up and away from the frog’s body. No need to go overboard here; start by creating a little extra space, then redirect more as experience dictates. Will it make the lure a bit less snag-proof? Of course, but the minor inconvenience is more than offset by the added number of bass that actually make it inside the boat.

That’s the title of a book written by the renowned author and noted big game hunter Robert Ruark. Those three simple words warn against using too light a firearm when stalking dangerous African game animals. But it should be the philosophy of every frog fisherman, too. In the bass angler’s case, the consequences of choosing a slingshot instead of a magnum might not be death, but it’ll sure feel like it if you lose the fish of a lifetime.

The optimal set-up for hollow-body frogging is a long, beefy rod; a fast reel and ultra-strong line. The Cabela’s Tatula 100 Tournament ZX Combo (TULA100HS/TZXC-73H; above) and 65-pound PowerPro Braided Line is a prime example of “enough gun” when it comes to frog fishing. One might question the need for all that muscle, but there are a couple reasons it’s necessary. 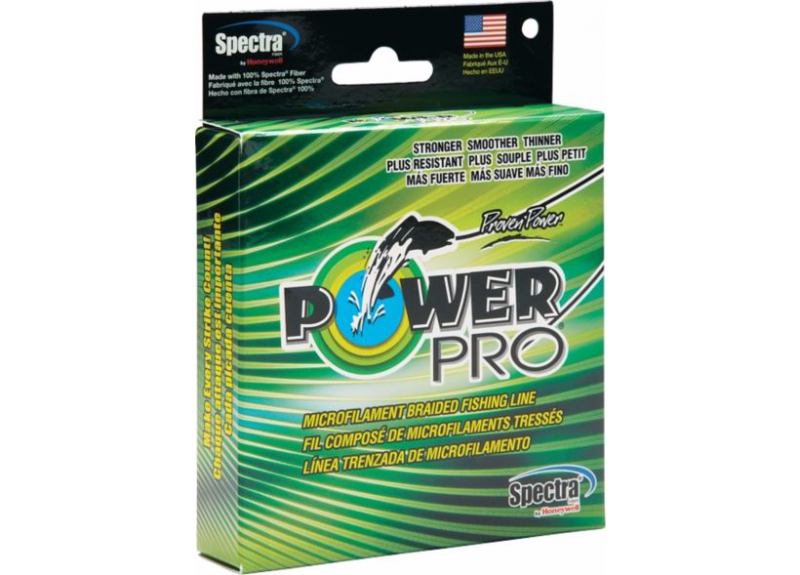 First, the hooks on most frogs are thick and strong, and require maximum force to penetrate tough jaw tissue. This rod’s 7-foot, 3-inch length provides superior acceleration on the hookset, while its brawny butt section ensures the swing lands with a meaningful punch.

Second, a hooked bass that dives in the muck is as good as lost. The long, stout rod provides the leverage necessary to bring the fish immediately to the surface, while the speedy 7.3:1 reel allows you to skitter it across the top of the vegetation without giving it a chance to dig in.

When fishing thick cover where both strikes and hooksets are apt to be violent, heavy-duty line is a must. But if the vegetation is a bit sparse, or there’s need to maximize casting distance, it’s reasonable to step down to 50-pound braid. If the option is taken, however, make sure the line is something like Sufix 832 Advanced Superline that’s not only strong, but also has a reputation for being abrasion resistant. 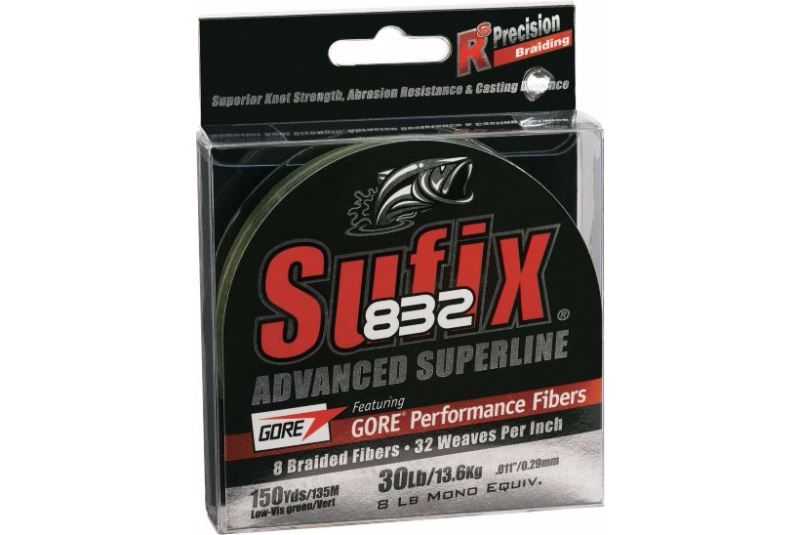 Even so, clipping off 10 or 12 inches of line and retying every couple hours is a wise move. No matter what line you use, weeds and brush are bound to take a toll. 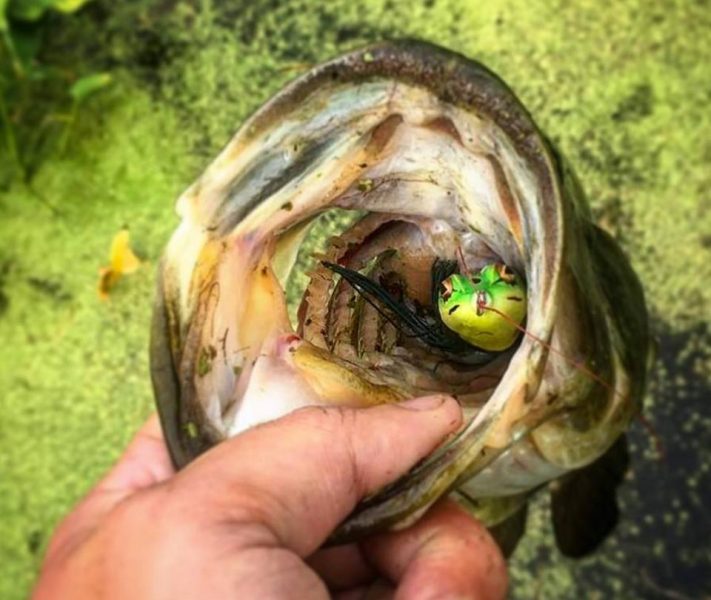 Every angler who’s thrown a surface lure knows the rule: Wait until you ‘feel’ the fish before setting the hook. But in the heat of battle, reflexes take over and rules get lost. Which means you can use all the right gear, and make lure mods ‘til Tuesday, but if you’re too quick on the trigger, you’ll still miss fish.

When too many of your swings end up in misses, it’s time to re-evaluate — like a batter who tweaks his stance during a hitting slump. Rather than fume over lost chances, try this: Instead of holding the rodtip low, raise it to the 11:30 position before starting the retrieve. Yes, it will probably subdue the lure’s side-to-side sway as you twitch the rodtip, but there’s an upside.

When a bass does strike, you’re forced to reel down before setting the hook, thus building in a second or two delay before reefing back. The brief interval is often just enough time for the bass to fully engulf the lure, putting you back in business. After high-sticking a few fish, your groove returns and you can go back to your preferred style, relying on instinct and muscle memory. Incidentally, the high-stick approach is also an excellent way to teach a novice frog fisherman what’s what. 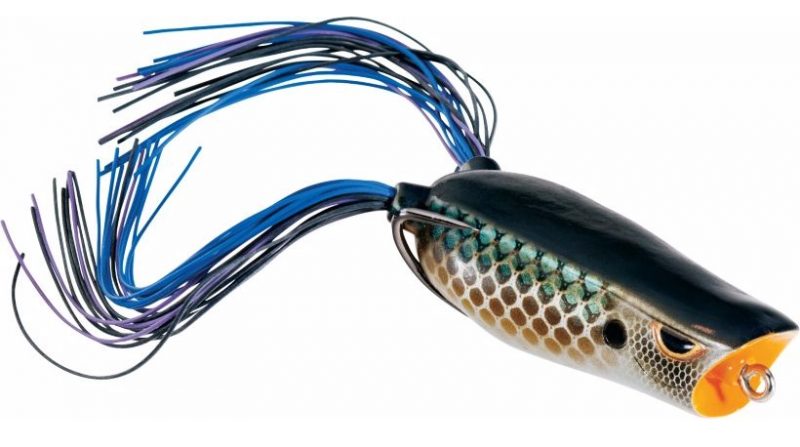 Fishing a hollow-body frog is, hands-down, THE most exhilarating way to snake bass from obnoxiously thick cover. But refrain from pigeon-holing the lure. Fish it around docks, along rip-rap banks, even around shady spots on sunny days. And if the wind starts to put some chop on the surface, you’ve still got frog options. The cupped face of a lure like SPRO’s Bronzeye Popper (above) adds the “oomph” you need to grab a bass’ attention in the waves.