You’re on the water, with no other angler in sight, and only the singing birds, stirring breeze and a soft whine as your line leaves the rodtip to break the silence. Yeah, but that kind of experience comes only with an extreme investment in property, or trip to some remote fishing destination, right?

Not so fast! Chances are you can find solitude — and excellent fishing — on public waters within a few miles of your house. We’re talking streams here; specifically, the kind of streams where you can chuck a rock from one bank to the other, and more importantly, those that don’t attract attention from the angling multitudes. 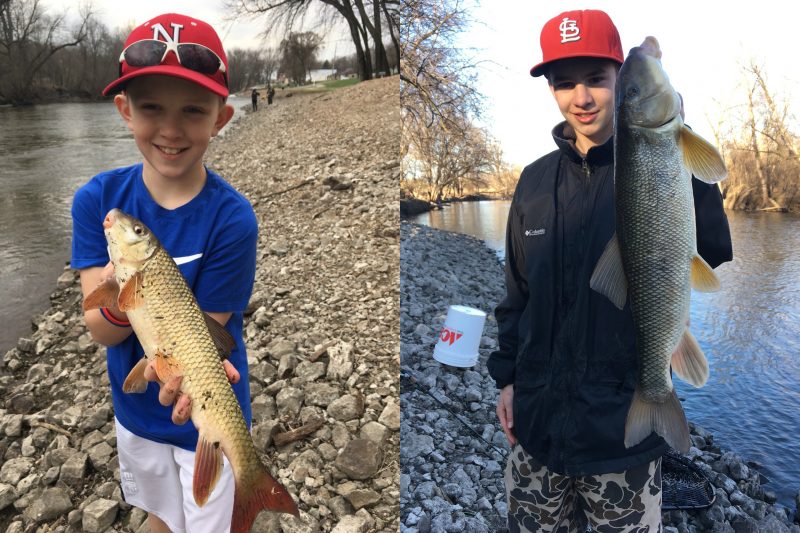 You probably drive across at least a couple of them on your way to work every day, without a second thought about their fishing potential. But the truth is, they more than likely hold some combination of bass, panfish, catfish, walleyes, suckers or carp in numbers that would add up to a whole lot of fun if you give them a chance.

Besides being able to fish these backyard waters at the spur of the moment, the other advantage is that they require a minimal investment in tackle and gear. A 6½- to 7-foot spinning combo, a handful of tackle, and an old pair of sneakers or rubber boots puts you right in business. The rod-and-reel doesn’t have to be top-end equipment, either. In fact, considering the potential hazards of a small-stream environment, a utility-class rig is the better choice.

There are plenty of them out there, but Abu Garcia’s Black Max Combo (below) is a perfect example. The 6½ footer has a graphite blank in the preferred medium power, and comes with a sturdy size 30 reel. And it’s $50 price tag doesn’t break the bank. Load it with 8- to 10-pound monofilament and the system is complete.

Rigging for Cats and Carp

Channel catfish, carp and suckers are perhaps the most universal small-stream dwellers, and for these species terminal tackle often needs to be nothing more than a size 6 or 8 hook and an egg sinker heavy enough to keep the bait in place in the current. Use a small split-shot to keep the egg sinker about 18 inches up from the bait. When a fish takes the bait, the line slides through the heavy egg sinker and doesn’t feel a thing — that is, until you set the hook!

Hanging the bait below a slip float so it rides 6 inches or a foot off the bottom is an alternative approach, and it sometimes works better than a stationary rig. For this technique, forget the egg sinker and use just enough split-shot to ensure the line slides through the float up to the bobber stop. The float system works especially well when the stream bed is littered with snags.

A downed tree or logjam along the bank, especially on an outside bend in the stream, is prime catfish territory. Load the hook with a nightcrawler or equally tantalizing artificial bait and cast so it settles just upstream of the obstruction. The bait’s scent will flow into the cover to where a catfish, with its superior sense of smell, can track the scent trail back to the hook like a bloodhound. If fishing on the bottom results in snags, then switch to a float system. Simply feed line after a short cast and allow a float/bait to be carried downstream. Stop the rig just upriver from a logjam. Deadly! 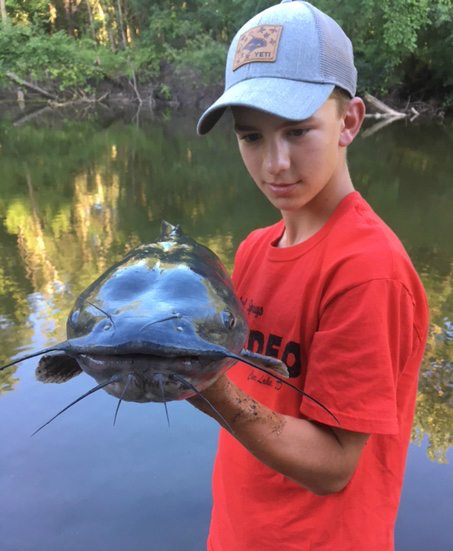 ’Crawlers, minnows or chunks of cutbait are all good bait choices for channel cats, but an odiferous artificial, such as a Berkley® Gulp!® Extruded Nightcrawler or Catfish Chunk offer a few significant benefits, the first being that they’re more durable than natural bait and stay on the hook longer. They’re also designed to dump a ridiculous amount of scent into the water. Finally, and most convenient of all, they stay right in the tackle bag, which means there’s no need for a trip to the garden or bait shop when a chance to go fishing crops up at the last second.

Channel cats can take a bait with authority, or with the subtlety of a hummingbird at a hosta flower, making strike detection a challenge in the moving water. Savvy cat anglers often counter the situation by watching the line for tell-tale signs of a bite, often going with a high-vis mono such as Trilene® XT® Solar (below) that shows up against the water’s surface, even under low-light conditions. 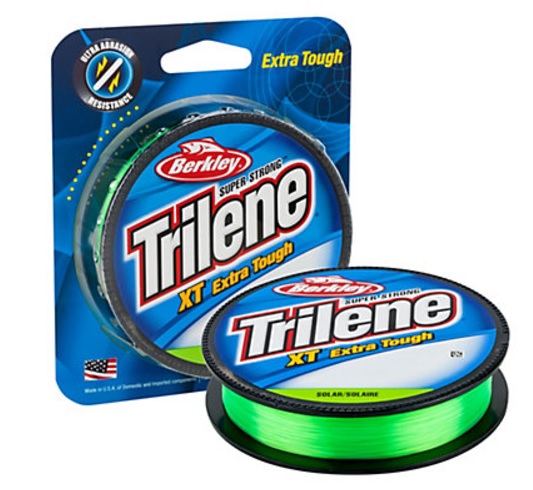 Though a small stream often averages just 5 feet in depth, catfish still seek out holes — downstream from a riffle or around bridge pilings — even though they might be only a foot or two deeper. If these 6- to 8-foot holes are strewn with woody cover, so much the better. Planting a stationary bait rig upstream from its lip can draw cats out of the tangle, but drifting a slip float rig through the hole and along its edges might be more productive, and certainly less prone to snagging.

The same rigs can be used to target carp and suckers, too. Focus on eddies behind toppled trees and logjams. Better still, is an eddy or current seam downstream from a creek or culvert inlet that carries a steady supply of forage into the flow. Such places can be fish magnets after a recent rain.

A hunk of nightcrawler, live or artificial, is a sure bet for both carp and suckers. Thread it onto a plain hook for a stationary presentation, or try loading it onto a 1/8-ounce ballhead jig when a float rig makes more sense. Corn kernels make excellent carp bait, too. But here again, an artificial version like Berkley Gulp! Alive!® Corn oozes scent far longer than the real thing, and simply outlasts it on the hook. 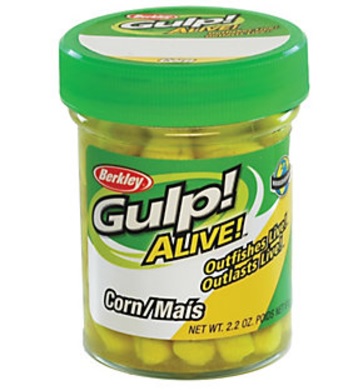 Smallies, largemouths, walleyes and pike haunt small streams all across the country, and any angler who wades or bank fishes these waters just might have them all to his- or herself. 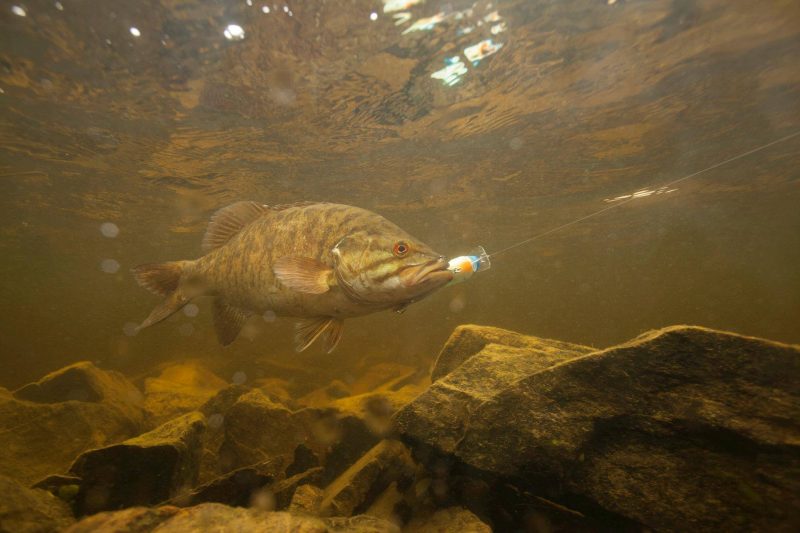 Bank-side cover such as logs, weeds and rocks is a good place to start, but don’t overlook undercut banks and mid-stream shoals, as well as eddies, seams and washouts around large rocks that provide a place for fish to escape the current. All these species will hold in deeper pools, too, though the presence of predatory pike might force other fish to find shelter elsewhere.

Swimming a jig-and-curlytail grub mimics a minnow-size baitfish, and is arguably the best all-around approach for any of these predators. But a small-stream tackle tray should also hold a petite buzzbait and spinnerbait or two, as well as a collection of shallow-running crankbaits, floater/diver minnows, in-line spinners, poppers/chuggers, mid-size swimbaits and a selection of jig heads and soft plastics, including tubes, craws and worms.

The same spinning combo, including the 8-pound line, will suffice given the average size of predator fish an angler will likely encounter in a small stream. But hooking up with a XL bass, super-size pike or double-digit catfish is always possible. Then, it becomes a test of your knot-tying and fish-fighting skills.

Fishing season is long from over, and don’t forget small streams when considering where to go on your next after-work adventure. From catfish and carp to suckers and smallies, you just might be surprised at the numbers — and size — of fish hiding in these local waters. 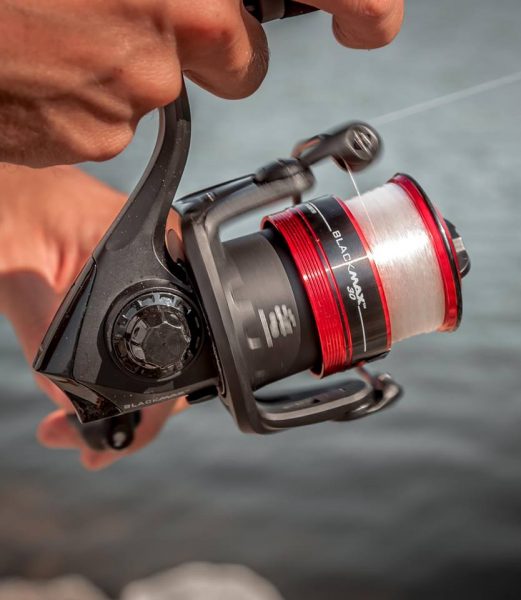 This article was produced in cooperation with Pure Fishing.