“Victuals. Say it the way my people have for centuries: vidls. Maybe you’ve seen it spelled ‘vittles’ in a cartoon balloon coming from the mouth of Mammy Yokum,” said Ronni Lundy in the preface of the new cookbook entitled, Victuals, about people and places across the southern Appalachian Mountains.

Or, maybe you recall me mentioning the term before I braised up some raccoon awhile back, or made that blackbird pie. Regardless, most hunters and farm folks up here in the Midwest have run across the term “vittles.” It typically conjures simple, heritage cooking that reflects the way people really eat, or ate.

My first exposure to the word came from my childhood. I was sitting on the padded arm of my German immigrant grandfather’s chair. He was puffing a pipe that he alternately clinched and clattered between his teeth; the polished chestnut bowl releasing fragrant, swirling smoke from Half and Half, or Velvet, or Prince Albert. We were watching Gunsmoke. Festus, an iconic 1960s television character, frequently used the term “vittles.” It was one of Grandpa’s favorite television shows. He would tease me saying Grandma Helen was in the kitchen making rabbit tracks fried in mosquito grease . . . her own version of vittles.

The cookbook came into my home via a young, jaunty, Tennessee fellow who loves to cook, has a penchant for books, good food, spirited beverages, and speaks with a warm, polite southern drawl. And get this, his name is Hunter. Sort of perfect don’t you think?

As we leafed through the pages of Victuals on his recent visit, we discovered a recipe for domestic rabbit confit. It comes from the Dancing Bear Appalachian Bistro in Townsend, Tennessee. Because I had a wild rabbit laid up in my freezer, we popped a cork and set about slow cooking it in 5 pounds of melted leaf lard.

The whole process took 2 days, but by the end of it we had 1.5 pounds of irresistible meat (scroll down to watch the video). Though we immediately devoured a portion, I saved enough for a Rabbit Confit Cassoulet, and Rabbit Confit Stuffed Medjool Dates.

P.S. Confit (pronounced cone-FEE) is a technique for preserving meats such as rabbit, duck, goose or pork that involves cooking the meat in its own fat, and then storing it in this fat in a covered container. See . . . you can learn something new every day! 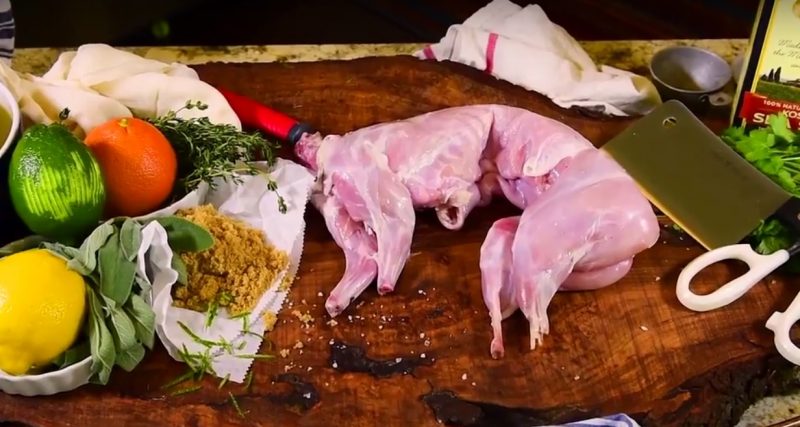 Zest and juice of 1 lime

Zest and juice of 1 lemon

Zest and juice of 1 orange

About 5 or 6 pounds of lard

Check out the video below to see the whole process. Enjoy! 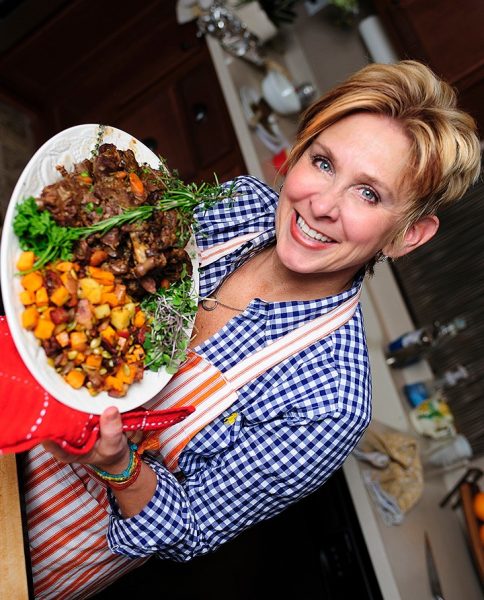