The challenge of calling and decoying whitetails can be both exciting and frustrating. When it works — a mature buck comes into my setup all bowed up, ears back and ready to fight my decoy — I feel a sense of accomplishment. It’s one of my favorite moments in bowhunting.

Like any deer hunting strategy or technique, however, you must remember that it doesn’t always work out perfectly. There will be many frustrating points; deer might spook, not care, or simply avoid your decoy for no good reason at all.

A couple things to remember: Don’t give up, learn to adapt, and use a whitetail’s keen senses to your advantage to really sell the setup. I’ve learned over the years that if I can trick three out of a buck’s five senses, then I can usually seal the deal.

Of course, timing is crucial. I prefer to deploy these tactics in late Oct through the entire month of November in the Midwest. This is when bucks are close to the rut, they’re ready to fight, and the level of competition is at an all-time high. Here’s how I go about fooling a mature buck.

(Safety warning: Use these decoy strategies only during an archery-only season, and even then, it’s wise to cover a decoy in orange while carrying it in the woods. Don’t place decoys within sight of roads because most poachers shoot from their vehicles. Be safe!)

1. Fool the Ears. I’m very careful on how and when I use calls in my setup. Usually I’ll start off with a couple of soft grunts with one call, wait a few minutes, then use another grunt tube for a few more. I also like to mix in a few doe bleats. Then, I make a snort-wheeze imitation with my mouth. What I’m trying to emulate is two bucks in the same area, and the last straw is the snort-wheeze before the big fight.

Next, I’ll crash rattling antlers together, simulating a fight. But I always make sure to give myself a little time after the grunts before I start the rattling sequence. The reason? If there are any bucks in super close to my setup, I don’t want to scare them off with the sound of a loud fight. Instead, I give them time to come in. If nothing appears after your grunt sequence, then let the rattling begin.

2. Fool the Eyes. Use a realistic decoy. The good news with the sound of rattling is the fact that the sound can travel a great distance. The bad news is sometimes bucks will come storming in, but then stop on the outskirts looking for the combatants. If they don’t see anything, usually they become very cautious and bail. With the help of a decoy, it’s just another way to convince them that what they heard was real. If they have a visual of a buck posturing, and ears laid back, then it all starts to make sense. 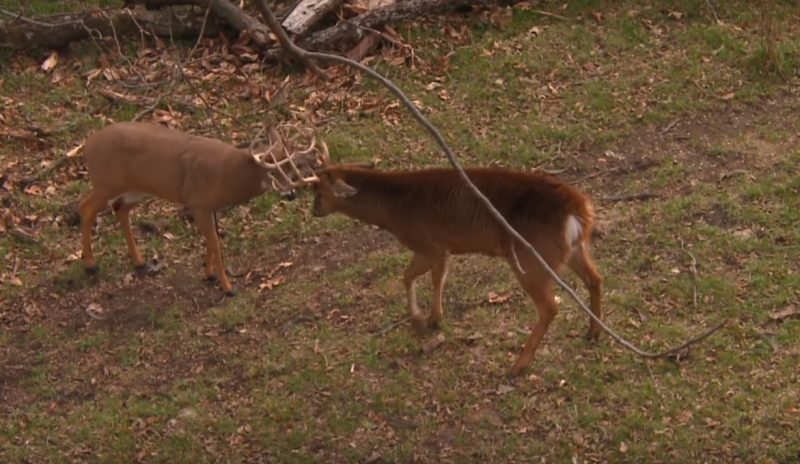 I like to use a Posturing Buck from Dave Smith Decoys (photos above and below) because not only will it draw in bucks, but it also holds them. I’ve had mature bucks standing around my decoy for nearly a half-hour in the predawn darkness while I’m waiting for it to get light, and the bucks never figure it out. To me, a lot of decoys can grab a buck’s attention, but it takes some serious detail to hold a buck in tight for an extended period of time. 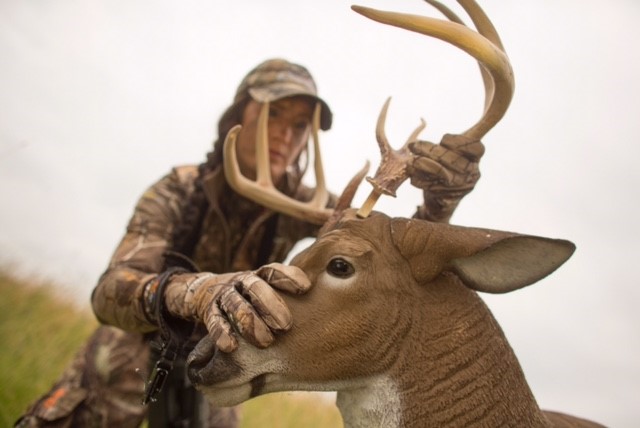 3. Fool the Nose. I’ve found that if a buck hears a fight, sees a buck decoy, and then smells the scent of a buck or a doe-in-estrus, you can draw them in on a string. To accomplish this, I like to first spray my decoy liberally with Scent Killer Gold to ensure my scent is no longer present on the decoy. Next, I pour Golden Scrape scent right on the decoy’s tarsal gland to create that buck smell (photo below). Last, I hang key/scent wicks around with Special Golden Estrus to get that smell of a hot doe in the area. 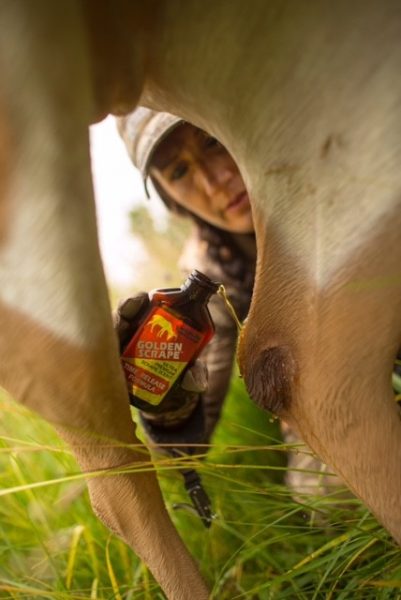 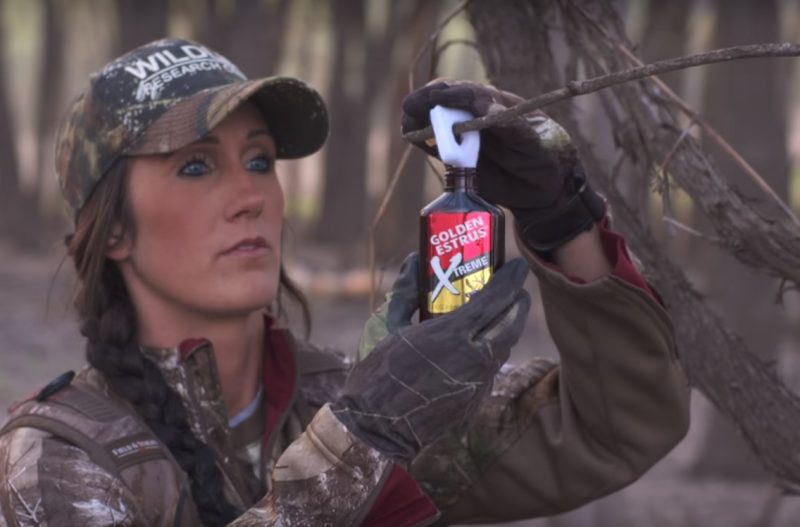 It might seem like a lot of work to bring a decoy, scents, rattling antlers, etc. into the forest on  a bowhunt, but I can assure you the first time you rattle or decoy a buck into archery range, you’ll be hooked in an instant.

The biggest piece of advice I can give you is to learn to adapt. Figure out what the bucks are doing in your area, what works and what doesn’t, and then go from there. There’s no set way to make this work; these are just a few of the tips I’ve learned over the years that might help up your odds for bringing a mature buck into point-blank shooting range.

Be sure to check out the video below to see my plan in action; I arrow a big one!