Here’s a Guide To Scoring Your Whitetail’s Rack

Here’s a Guide To Scoring Your Whitetail’s Rack

Most hunters ‘score’ their whitetail’s rack in a very simple way: by simply counting the number of points on the antlers on either side.

So, if you bag a buck with five points on each antler, the typical weigh to ‘score’ that buck would be to call it a 5×5. Conversely, a buck with one point on one another but two on the other would be called 1×2.

This is a simplistic way to score the rack of a buck, but a little more complicated way (and the way that is used to measure trophies and records) is to measure the points, beams, and the circumference of the beams in between the points using the Boone and Crockett score method. Other measurements may be taken as well, but are not added into the total score.

NOTE: for this score method to work, you must ensure that both the skull plate and each of the antlers are fully intact

These measurements will also need to be taken with a steel cable or steel tape. Measurements must also be recorded down to one-eighth of an inch.

If this sounds a little confusing at first, that’s okay. We’ll go over how it’s done in greater detail. 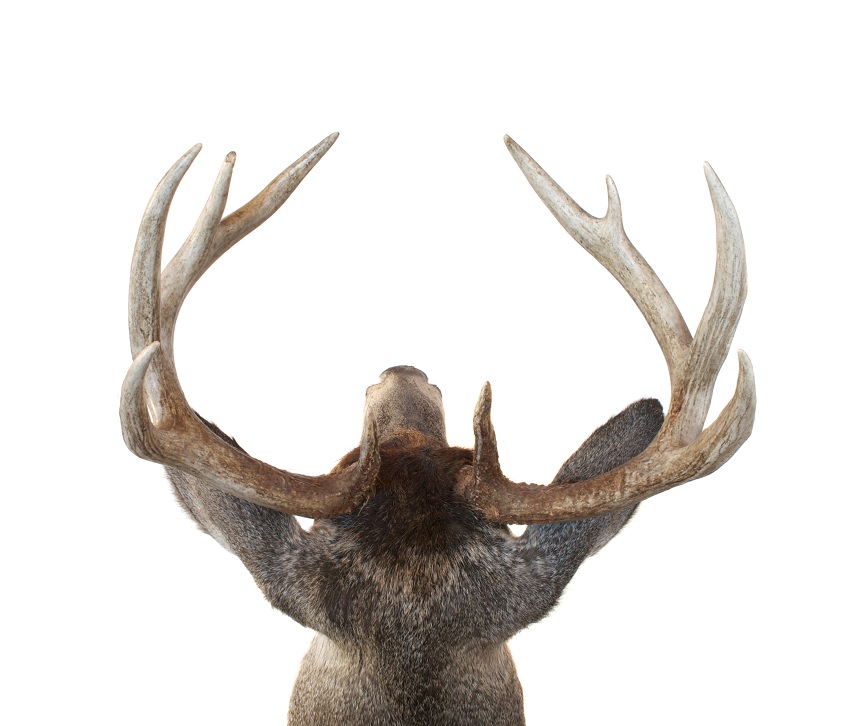 Once you have those items accumulated, you can proceed to follow each of these steps to officially score your buck:

NOTE: if you do not have a flexible measuring tape but do have a flexible steel cable, you can use the cable instead, and then mark the points on the cable after wrapping it around the circumference of the antlers.  You can then lay out the steel cable on a yardstick, and determine what the measurements are according to the marketings that you made.

At this point, the measuring process is complete.  All that is left for you to do will be to total up the points. If you want to receive an ‘official score,’ you will need to get into contact with your nearest Boone and Crockett Club and have a professional measure the antlers as well.