Getting Out of the City in a Serious Disaster

Getting Out of the City in a Serious Disaster

When you live in a city, you enjoy all the benefits of having good times at a close proximity. Great food, shopping and culture are often a short walk away in the tight urban sprawls. In the biggest cities, there is hardly a reason to even own a car. For what?! If your feet cannot get you there in time, there is a network of buses and subways to place you anywhere in that city. But then, a serious disaster hits. What do you do?

Cities are a death trap; big cities in particular. If a serious disaster strikes without warning, we often see how ugly they can get. When hurricanes hit, people have time to evacuate, but a serious disaster that affects the delivery of resources to a city can create total chaos in a matter of weeks.

This is because cities are not self-sustaining. They require the outside world to bring them food, power and other resources. If those supply lines are cut off, people will become desperate in a hurry. With hurricane here, you need a plan.

Getting out should be your first priority during a serious disaster.

What Should I Do During a Serious Disaster?

City living is expensive, and space is incredibly limited. If you are going to experience interruptions in essential services for more than a week, you will likely not have enough on hand to survive that long. The streets will be wild, your building could get burnt down, and God only knows what you will see if your city faces a serious disaster where evacuation and weeks of preparation weren’t made.

You do not want to become one of the desperate, or be wrapped up their whirlwind. Your best bet is to just get the heck out of dodge, or as we like to call it these days – Bug Out!

So, the question becomes: How do I safely get out of a city?

Pre-Plan Your Route to Get Out 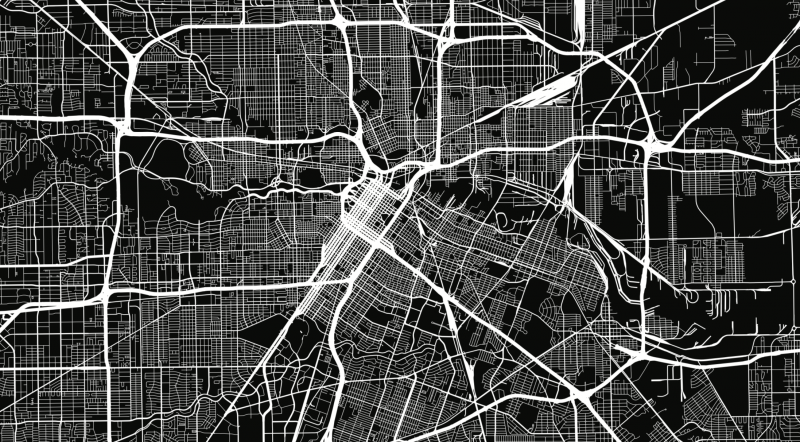 While you may feel like you know the city well, you need a preplanned route out of the city. This route should not just be the closest and fastest way out but it should take into consideration the following situations in a serious disaster.

These could be damaged or unreliable after certain disasters. If you can find a route that doesn’t require them, that might be better. You may also look to create routes A-C (or three options in total) to assure you do not need to depend on a route that is compromised.

Don’t just rely on streets to get you out of town. Avoiding people means traveling through areas that most people will not. Planning a few cut throughs will give you the ability to move faster and not have to deal with the madness of the human interaction. Just be sure that you walk these routes prior to disaster.

Why Do I Need a Map?

Even if you have spent your life in the city, have a map, or a mapping GPS. Above all – don’t rely n your memory. There are boundaries to where your knowledge will end. Also, you have no idea what types of things you can run into. When you add in the stress of the serious disaster, and your memory can fail you. If buildings are diminished to rubble and the world around you has changed drastically, your knowledge of streets may not prove as helpful. Just keep a good map of the city and surrounding areas.

We know what you’re thinking – I can just use my phone. Not if the cell towers are down. Physical maps are good, but another option is a topographical GPS unit, like the Garmin GPSMAP 64st. It’s a hyper-accurate and compact unit that will help you navigate just about anywhere, and it will work just about everywhere too. 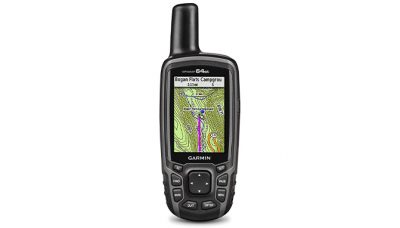 The Grey Man theory and practice is that of blending in with your surroundings. Now, this doesn’t mean camouflage or even wearing grey clothes. Instead, the grey man practice is a matter of first recognizing the situation in your immediate area.

How are the people acting around you, and how can you mimic their demeanor and actions to fit in with the crowd?

For example – Everyone is walking calmly down the street in everyday clothing. You are running down the street, yelling, in body armor with an AR15 brandished and a massive bugout bag. You are going to stand out, right? We want to do the opposite.

How Much Should I Take With Me?

You do not want to become a target. You want to fit in and disappear among the people around you. Even though you might be bugging out, a decent sized, unassuming bag will be your best bet when getting out of the city. If you have an expensive bag with a giant frame, you could be targeted.

People will understand that resources are going to be precious and they might look at someone who is prepared as a treasure chest. You do not want this problem. You’re going to need something for self defense for you and your family. If you’re unsure what to do here, check out Bryce Towsley’s Prepper Guns book. It’s a great resource.

Your gear should be enough to get you where you are going and to last there for a brief period of time. Either you are coming back after a while or you are going to have to forge a new lifestyle outside of the city. Having 80lbs of survival gear will not help you with either problem. If you can address the following you should be able to survive long enough to create a new plan.

Where Should I Go During a Serious Disaster?

Aside from having your preordained plan to leave, it is not a bad idea to have a few destinations, as well. These could be people’s homes or other locations that you have scouted prior. If you have a safe destination to end up at, that will change things drastically.

While having a home to go to would be best, I understand that you might not have that option. In that case scout a nice place in the woods or an abandoned location. Just remember, there will be others thinking like you as well so remain vigilant.

Cities are incredible. Just the fact that they operate without chaos the majority of the time is one of the great feats of our society. We have millions of people crammed together and for the most part they are civil. Well, everything has its breaking point.

This civility will be lost when the food and water are gone. Then our cities will become hostile and unforgiving environments. They will become places you need to get away from. Take the time to prepared for just the occasion and pray it never happens.