Spring is almost here, and that means turkey hunters will soon flock to the woods to chase gobblers. Most of us who hunt these birds remember our struggles as much as we do our successes. Turkeys are the smartest “dumb” birds you can ever hunt and they can be darn stubborn, too. Much like hunting waterfowl, decoys are a proven tactic for turkeys, and putting out the right spread can make a huge difference in success or eating tag soup. Here are some tactics for arranging your spring turkey decoys which have worked well for us in the past.

How many hen turkey decoys do I need?

Since most of us are chasing tom turkeys, the first decoy we should have in the arsenal is the object of his affection – a hen.

If you’re going to put hen decoys out in the open, use more than one. Two to three hens in various poses will work much better for an open terrain display. This helps a tom feel more confident in the situation. He will come in thinking he has found some new ladies who don’t have a tom on their tail yet.

A seasoned turkey hunting tactic, if you have only one hen decoy, is to make that one decoy a little harder to find. Here’s why; once the incoming tom sees your single hen decoy, he suddenly gets a little more wary of what’s around him. He’ll start thinking about the situation. This is also why a high-quality, ultra-realistic decoy is vital. We’re pretty fond of Avian-X decoys due to their “heavy-duty realism.”

If your location calls for setting decoys in open terrain, make sure you use a jake or strutter decoy alongside your hen. This takes the attention of the incoming tom away from your hen decoy, and his focus suddenly turns to being mad at this punk who thinks he’s going to come in and breed one of “his” ladies.

Why do jake turkey decoys work?

Remember when we were teenagers? That’s kind of how a Jake turkey operates. A dominant tom will often come running to a jake with the sole intent of kicking his “teenage” butt. After all, a jake can still breed a hen, and a mature tom can’t go allowing that. Jake decoys – whether in a walking pose, semi-strut, or full strut – can do a great job pulling a tom in, blinded by rage and jealousy.

As long as you’re reasonably assured that doing so is safe, position jake decoys in strutting or semi-strutting poses in front of you. This  way, when the tom comes charging in to fight, you have a clear shot at his face. If you really want to get the tom raging, position a sitting or laydown hen decoy in front of the jake so it appears like the two are ready to breed.

When should I use a strutting decoy?

Strutting tom decoys are another useful tool to have in the arsenal. They mimic the dominance pose of toms, and show challenge to other birds. The incoming tom will often try to circle the opposition, all while strutting himself. Positioning it off to the side can give you a good shot. 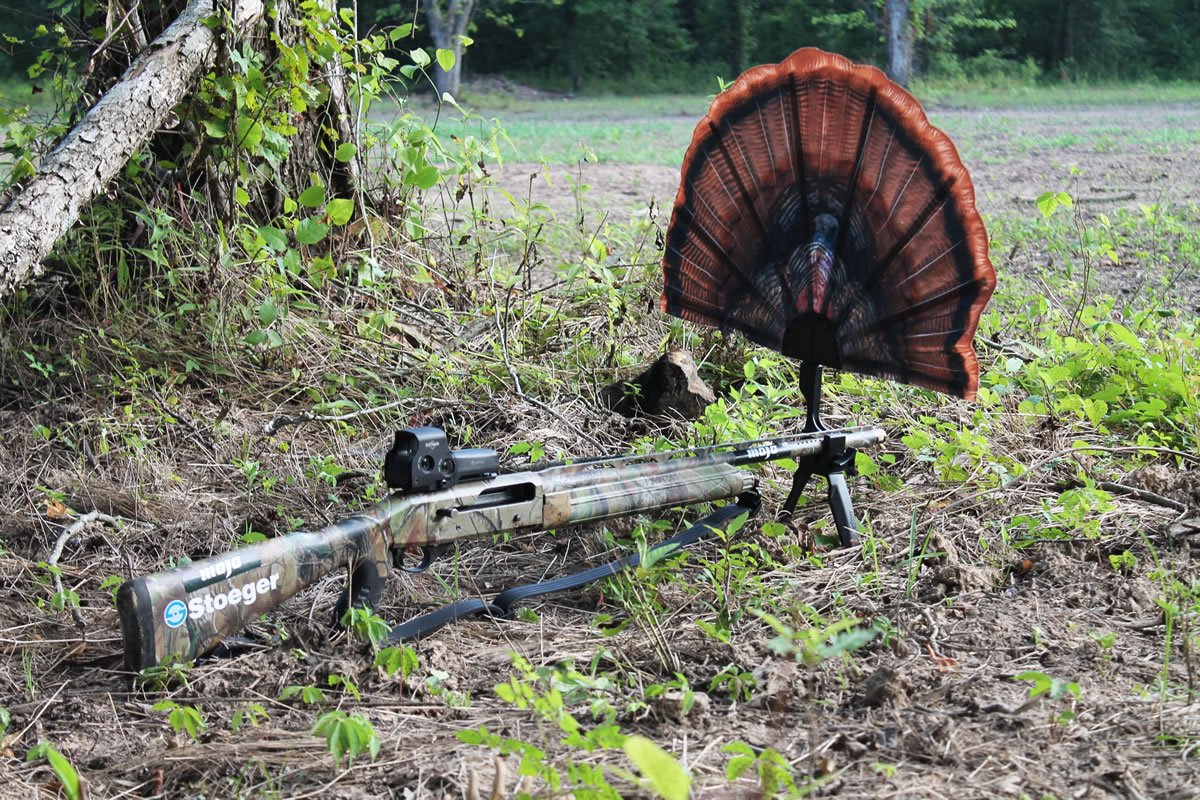 One type of strutting decoy that is both effective and a hoot to try out, is the fan decoy. This basically uses your shotgun as the decoy mount. When the tom comes in to challenge, you’re right there in the thick of things. You can swing the barrel to match the turkey’s movement as well as keep you hidden. And the ensuing shot will be at extreme close range.

What works for you?

These are a few tricks for decoy positioning which have worked for some of us over the years. What has worked for you? What didn’t work?