Some fishing stories are so bizarre they must be true. This is one of them.

Philippe Defoy, of Montreal, Quebec, had fished only twice in his life before coming to Manitoba’s Aikens Lake Wilderness Lodge (photo above) last September. Those two outings produced a total of three fish. Yes, Defoy was a rookie angler.

On Day 1 of fishing at Aikens, the very first fish he caught (below) was the biggest walleye caught by any Aikens guest in 2016, a 30-inch Manitoba Master Angler trophy that – by some strange fluke – bit both Defoy’s line and his fishing partner’s line and was caught simultaneously by both anglers, who assumed they were fighting two different fish until the moment the trophy was landed.

Incredibly, this is only the beginning of Defoy’s remarkable story.

“Even thinking about it today, 4 or 5 months later, I’m still smiling about it,” Defoy said. “I still can’t believe what happened.”

Defoy was visiting Aikens on a corporate trip, so the next day he went out fishing with a different guide and a different colleague. Defoy was blown away by the shorelunch he enjoyed with his group on Day 1, so as lunch drew nearer on Day 2 he started thinking about the various ways the guides would prepare the freshly caught walleyes. 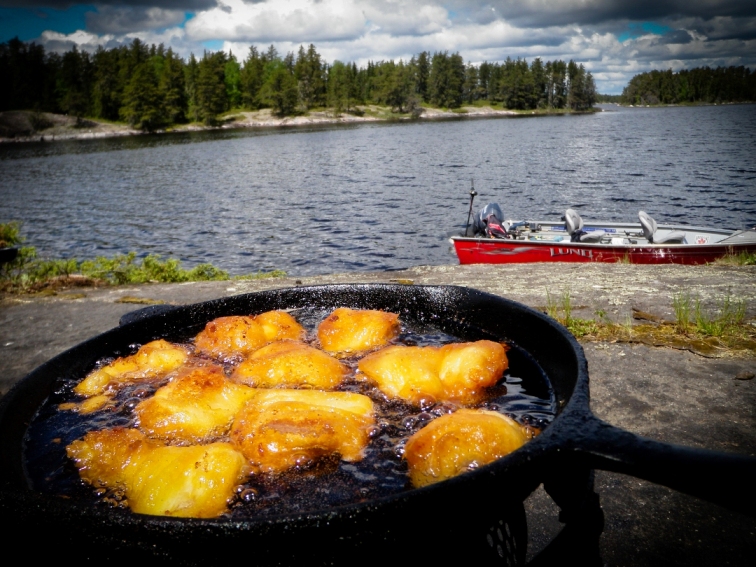 While Defoy’s mind started to drift toward beer-battered walleyes (above), a giant pike snatched his jig and immediately demanded Defoy’s full attention. Moments later, Defoy landed the biggest fish of his life, a 41-inch Master Angler pike, less than 15 minutes before breaking for lunch.

“It’s awesome when a guest catches the biggest fish of their lives here,” said Co-Owner and Manager Pit Turenne, who grew up at Aikens while his parents ran the lodge. “Philippe was a fun person to host here, and our staff enjoyed hanging out with him and even speaking some French with him.”

Defoy wasn’t familiar with handling pike and unfortunately got his thumb a little too far into the pike’s gill, resulting in a sizable cut.
“I learned a lesson there with that northern pike,” said Defoy. “I’m going to have this scar for the rest of my life.”

Getting cut seemed a modest tradeoff for catching the Master Angler pike, according to Defoy. The incident also made Defoy a hot topic of conversation at Big Molly’s Bar that evening, during Aikens’ complementary happy hour.

Everyone wanted to know if Defoy would accomplish “The Triple Crown,” by catching an official Manitoba Master Angler in each of Aikens’ big three species: walleye, northern pike and lake trout. Master Angler walleye and pike are common in Manitoba’s second-deepest lake, but lake trout are more elusive. It had been a decade since someone last accomplished the feat, and Defoy would have one last day ahead of him to chase history.

At first, Defoy was unaffected by all the conversation and went about enjoying his evening at the bar. “The nights at Big Molly’s Bar were really fun, with the pool and shuffle board,” Defoy said. “It a good way to socialize and get to know everybody.” 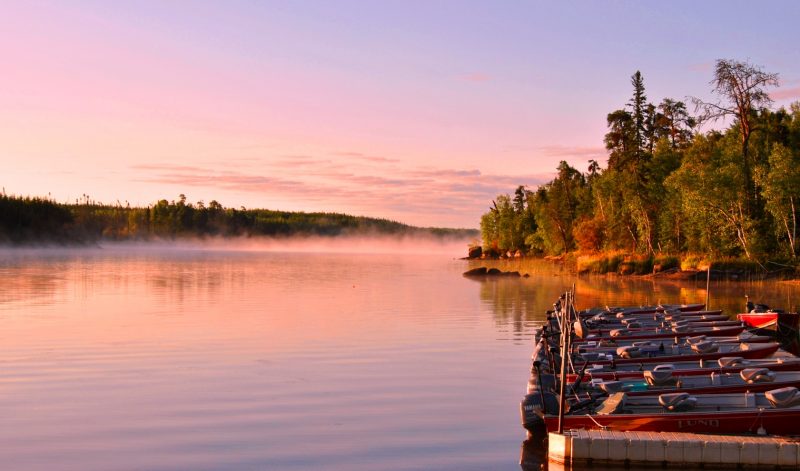 By morning, Defoy decided to have some fun with all the chatter about going for the Triple Crown.

“I was a bit cocky with the other guys at breakfast,” Defoy said, adding that his entire group decided to target lake trout on their last day. “I was saying, ‘Don’t count on me for the shorelunch, because I’m not catching little walleyes; I’m just catching a big lake trout.’”

Defoy’s comrades warned him that his bold words would surely turn the fishing gods against him. In the morning, a few of his fishing partners caught mid-sized lake trout, but Defoy had no luck. Morning gave way to afternoon, and time was running out because the group had to be back at the dock by 5:30 p.m.

By 4:45, Defoy still hadn’t caught anything all day and was convinced he had in fact jinxed himself. Trying one last trick, the guide changed techniques and started pulling ciscos with bottom-bouncer rigs. Five minutes later, the other guest in the boat caught a 27-inch laker (the Manitoba Master Angler length for lake trout is 35 inches). Within several minutes, the same guest landed another 27- and a 29-incher. A few minutes later, Defoy finally got a bite.

“I knew it was big,” Defoy said. “It took way longer to bring up than my friend’s fish, but when we saw it in the water I couldn’t believe it.”

Defoy did the best he could to bring the giant laker to the boat. The guide lunged out and tried desperately to net the fish, but it turned and dove away.

“It was so tough to get it back to the surface,” said Defoy, admitting at that moment he feared the fish might win the battle. But fate was on Defoy’s side, and destiny was his. They landed the fish at 5:10 and immediately measured the beast.

“My first reaction was, ‘Is it 35? Is it 35?’” said Defoy, who quickly found out he had just caught a 37-inch, Master Angler lake trout. “I couldn’t believe it. We reacted as though we had just won the Stanley Cup. We were yelling and hugging.” (Check out the video below; amazing!)

Defoy received a hero’s welcome back at the lodge. At least, that is, after his more skeptical comrades saw the photo to prove the story true.

“I’ve never been this lucky in all my life,” Defoy said. “I’m going to remember that for all my life. Even just the spot itself is amazing – you can’t have a spot more relaxing than Aikens, because it’s so beautiful and remote. Flying into the lodge is an experience in itself. I was impressed with all the comforts there, and the staff was amazing.”

Fishing lodges are built upon great stories, and Defoy’s Triple Crown – especially as a self-admitted rookie angler – is already legendary.

“It was the luckiest week of my life,” Defoy said, adding that the best surprise occurred when he returned home. “When I came back home on Sunday night, we found out my girlfriend is pregnant.”

The couple is excited to welcome their first baby into the world this May. And boy, do they have a story to tell the little one. 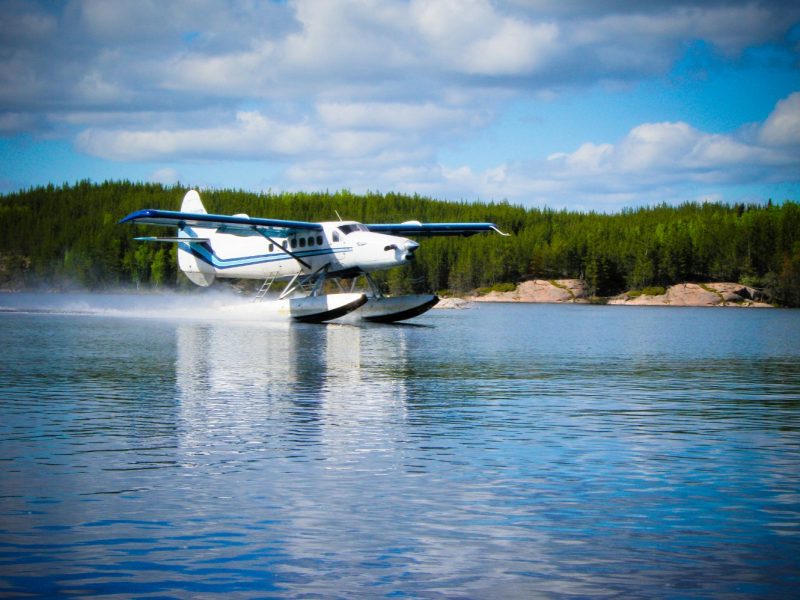