When it comes to the insanely tough gear built by YETI, we editors at OHUB are big fans. Click here to see some of the company’s great products we highlighted during the 2017 SHOT Show.

Another reason we love YETI is they produce some of the most inspiring and exciting outdoor films we’ve ever seen. Their latest one, titled “Denali’s Raven,” features former ski guide and climber, Leighan Falley, as she takes to the skies exploring her home state of Alaska as a mountain pilot.

A bit of background on the film:

For Leighan Falley, Alaska is more than home — it’s a calling. Leighan spent years as a ski guide and climber on the Alaskan range, focusing much of her energy on Denali. But after becoming a mother, she found herself unwilling to pursue guiding (and the dangers that come with it), instead taking to the skies as mountain pilot. Follow Leighan on the Alaskan adventures that enrich her life and legacy in Denali’s Raven.”

Viewing tip: The film is 9 minutes long, and once you start watching it, you’re not going to want to stop; plan accordingly. It has a positive and powerful message about family, so we encourage you to watch it with your children. And without tipping off your kids, see if they can identify the vocalization Leighan makes at the 4:39 mark. Do you know it? Hint . . . it’s in the title of the film. 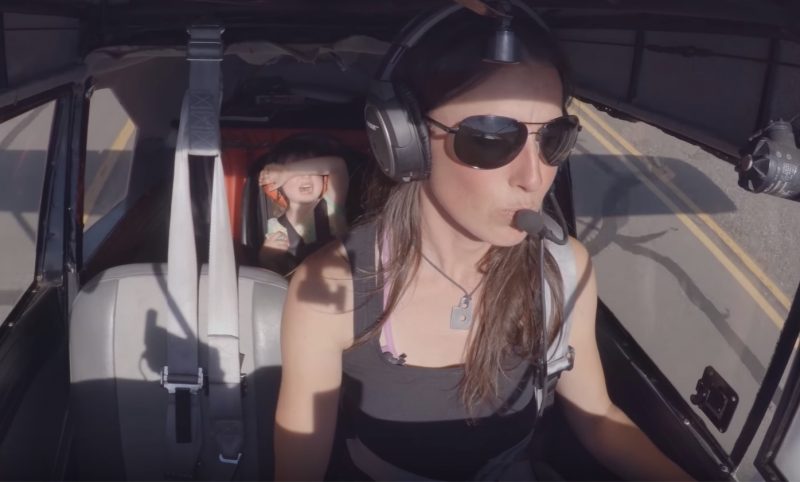