Rumors of Salient Arms Filing for Bankruptcy Confirmed as False

Rumors of Salient Arms Filing for Bankruptcy Confirmed as False

So a rumor got started that Salient Arms International, commonly known as SAI, had filed for bankruptcy in the Central District of California, but those rumors have been confirmed as false.

The filing seen on InfoRuptcy can be seen below, and we ask that you scan it carefully to see where the confusion came from: 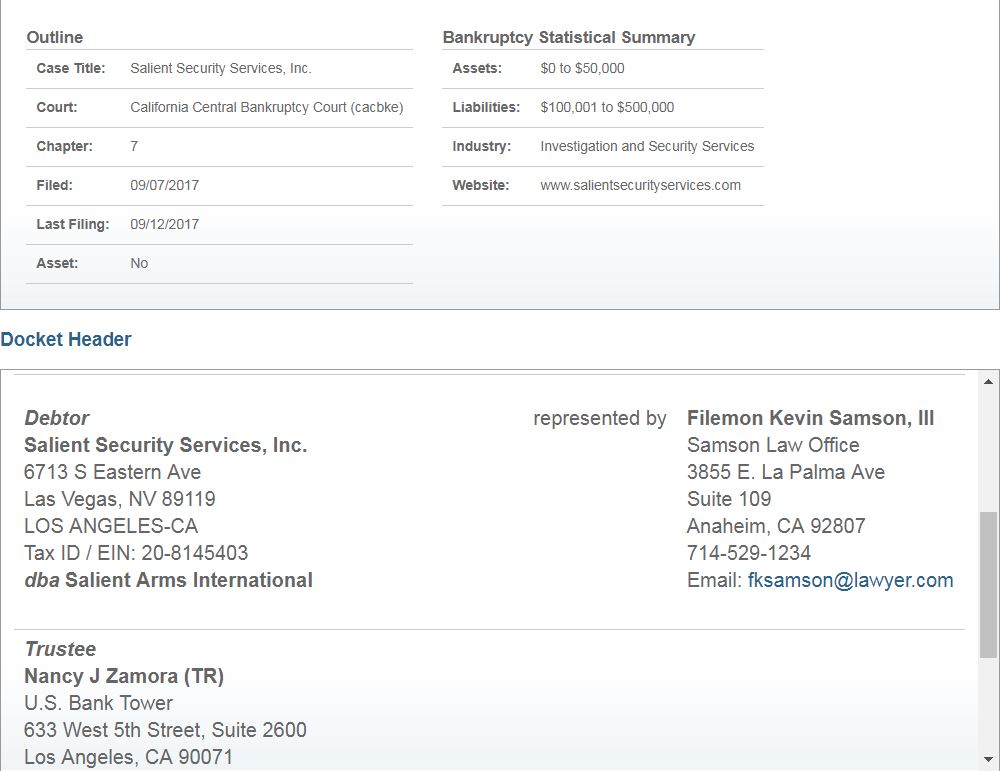 In case you’re in a hurry, we’ll point out this document is simply meant for another company.