With deer season getting ready to kick into high-gear, check your cell phones to make sure your DeerCast app is up-to-date before you make the first climb into your deer stand. Here’s a look at what all the hard-working folks over at Drury Outdoors have been working on to make their remarkable hunting app even better.

If you were one of the many hunters who downloaded the app last year, (more than 500,000 hunters installed it) then you already know the benefits of planning a hunt using its technology. But they’re always trying to rework the DeerCast algorithm to make it better, and it’s safe to say they hit it out of the park this time around.

The new version will still hold a majority of the same features as the original, but you may notice the following adjustments:

In my experience, the DeerCast  was already pretty spot-on with analyzing environmental factors (like cycles of the moon) and providing an accurate forecast of deer movement. However, I’ve been assured this version will be do an even better job.

Something DeerCast added that wasn’t featured last year, is a desktop version (DeerCast.com) which syncs seamlessly with the mobile version already installed on your phone. 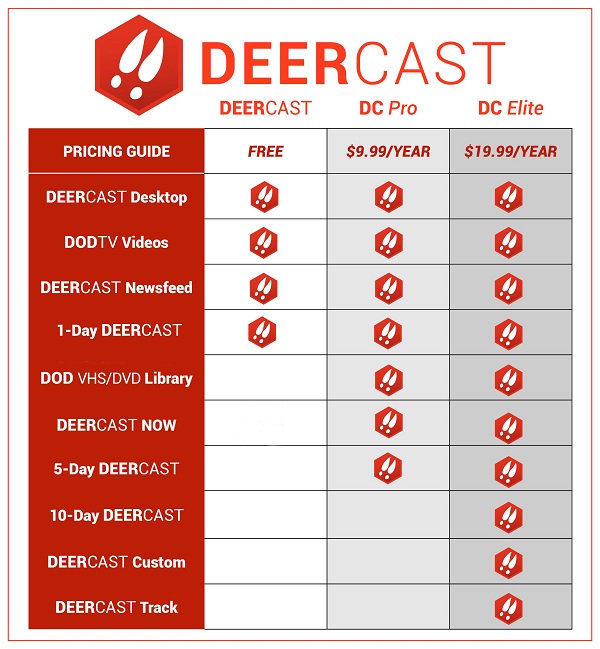 With the free version, DeerCast users have access to the new desktop layout, the library full of DOD TV Videos, the DeerCast news feed featuring hundreds of valuable hunting articles, and a sample of DeerCast with the new souped-up algorithm.

DeerCast Elite is a combination of the two, but with ten days to try out DeerCast and access to two brand new, revolutionary features: DeerCast Custom and DeerCast Track.

DeerCast Custom is relatively self-explanatory: hunters are now able to adjust on the fly and can customize your DeerCast forecast to specific areas where you plan to hunt. With the previous version, forecasts were only “customized” by changing the peak estrus date. That option is still included with the update, but DeerCast Custom also lets you micro-tune your deer movement forecast for specific areas to closely match real-time conditions on the ground. 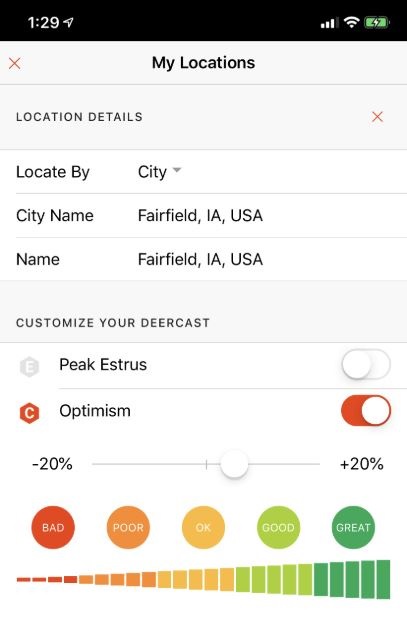 Now, the feature you’ve been waiting to hear about: DeerCast Track

This feature particularly has created the most buzz, and really emphasizes the amount of work the folks at Drury Outdoors have put into this thing. While DeerCast already dramatically increases your odds of taking a buck of a lifetime, DeerCast Track helps ensure you’re able to recover the animal.

By selecting the point of impact on a deer model within the app, hunters are given a break down of the shot, including possible bone structures that might have interfered with arrow penetration and the location of vitals so you have an idea what you’re looking for while tracking. 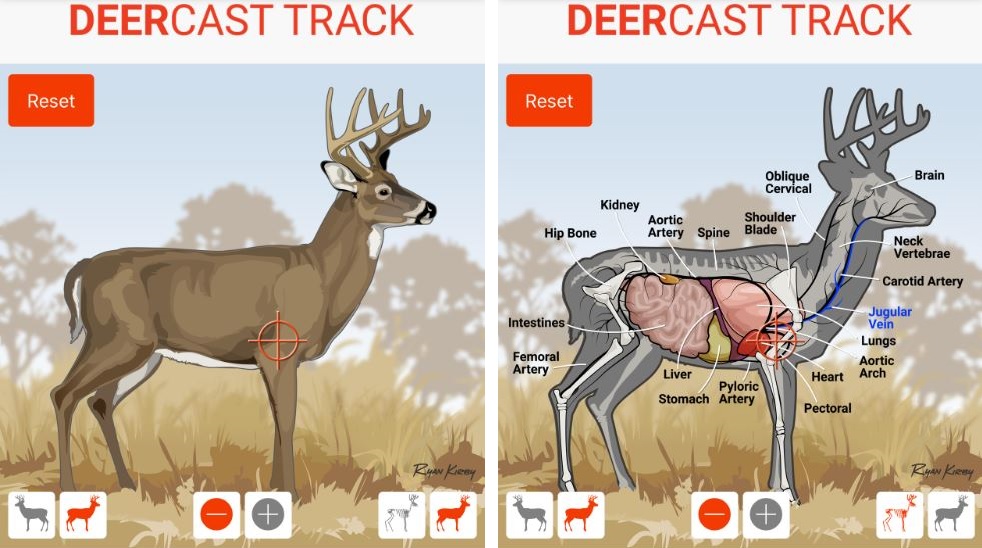 If that wasn’t cool enough, the app will also search through its database to pull up shots from previous hunts that Drury Outdoors filmed over the years that resemble yours.

You see the kill shot, how long it took to track the deer and how far it ran. That’s pretty valuable information if you’re unsure about the shot, and you’re in a race against daylight to recover the animal. 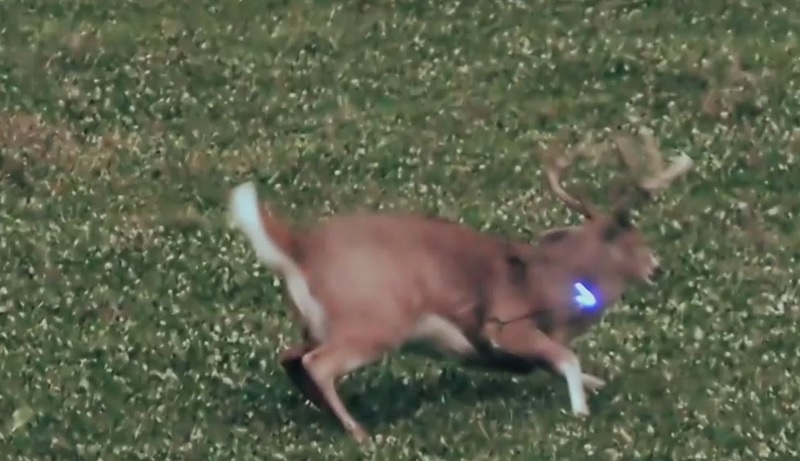 Speaking of valuable information, the app also provides expert advice from trained deer trackers Bobby Culbertson and John Engelken (two gentlemen who Mark and Terry Drury personally turn to when dealing with a questionable hit on a deer) on how long you should hold off on tracking, which organs you likely hit, and what type of blood to look for on the trail. 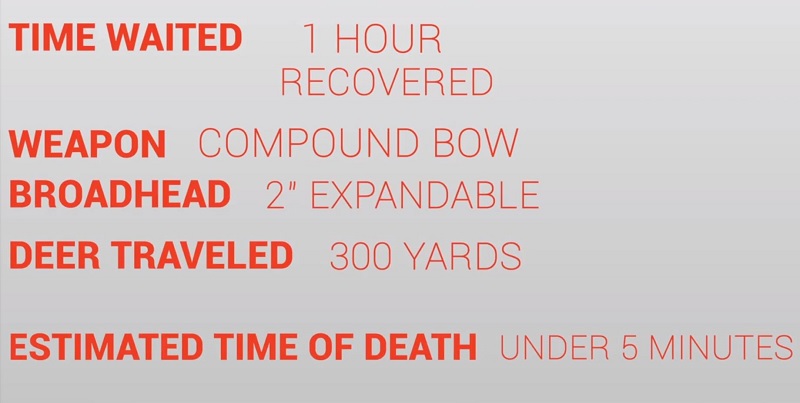 I can only speak for myself, but I know for a fact I will be utilizing the latest version of DeerCast this fall. If you haven’t already, get it on your cell phone today and start familiarizing yourself before the start of hunting season. Also, make sure you’re signed up for the Drury Outdoors Farm Giveaway found inside the app to be entered in the drawing to win a 60 acre hunting paradise in Missouri as well as monthly prizes all year long sponsored by some of the other known brands in the outdoor industry.