PSE Archery turned a lot of heads by introducing their Warhammer crossbow at the Archery Trade Association (ATA) Show, but that is not the only headlining product they brought. They also sealed a deal with NOCK ON Archery (by John Dudley) to give us the NOCK ON Evo NTN 33 and NOCK ON Carbon Air Stealth Mach 1. That new partnership is exciting by itself, but they also re-engineered and fine-tuned their Evo NXT 35, 33, and 31. While they were at it they brought the Carbon Air Stealth Mach 1 back to the labratory, and tweaked it with more innovations as well. All of this coming on the 50th Anniversary for PSE Archery. They brought us a lot of new bows so let’s dive on in!

The NOCK ON Carbon Air Stealth Mach 1 is the same as its original, flagship counterpart except it features the Gore Optifade Subalpine camouflage by Sitka which is the preferred camo of John Dudley and the NOCK ON Nation. That makes this bow one of the 1st to ever sport that camouflage for PSE. At the moment, an MSRP has not been set for this bow. Further information can be gained from this public statement from PSE Archery:

“The NOCK ON® Carbon Air® Stealth Mach 1 is 100% made in the USA and built with a longer new-design carbon riser. The unidirectional carbon fiber elements provide for the highest efficiency of any all-carbon bow available today. Laid-back limbs and a redesigned grip area give shooters more comfort, better accuracy and increased stability. Proven Evolve® Cam technology is smoother and faster, with pinpoint precision.“ 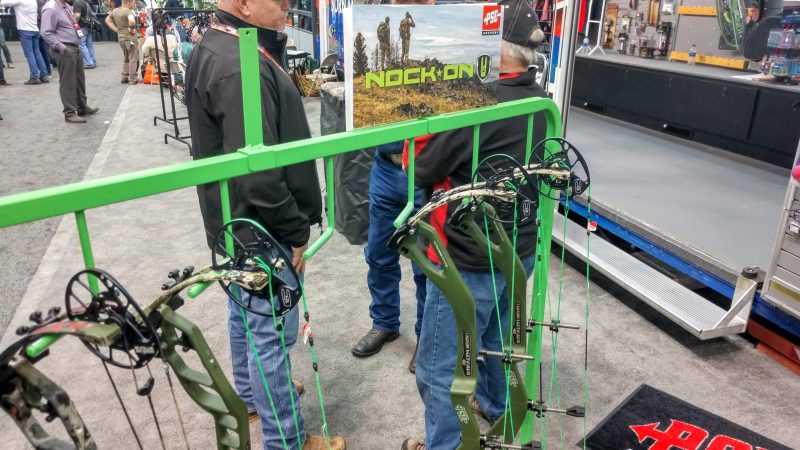 The NOCK ON Evo NTN 33 is the bow that John Dudley now favors and personally shoots; thus, it had a lot of his input in its design choices. It has the unique feature of being able to use 2 cut-down arrows as a kickstand. Also instead of on the main frame there being 4 threaded holes for sights to be added, John Dudley opted to go a more simple route with only two mounting holes. Just like the NOCK ON Carbon Air Stealth Mach 1, the NOCK ON Evo NTN 33 features the Gore Optifade Subalpine camouflage by Sitka. For the time being, no MSRP has been stated.

All three of the Evo NXT iterations share the same great attributes as one another with the one difference between them all being their axle-to-axle length of 31″, 33″ or 35″. Being a brand new offering from PSE Archery, none of the Evo NXT bows have an MSRP set yet.

“The all-new EVO® NXT series is a direct response to shooter feedback. The EVO® NXT has reduced hand shock, thanks to laid-back limbs which cancel excess energy, producing a true dead-in-hand feel. A longer riser gives you a steadier hold, and it’s the quietest bow we’ve ever made.

Our all-new ComfortGrip™ System gives you the choice of our proven, PSE-engineered riser grip technology for lower torque, or our new molded grip overlay for greatest comfort. And our new lower stabilizer mount location increases the pendulum effect for a more accurate shot.“ 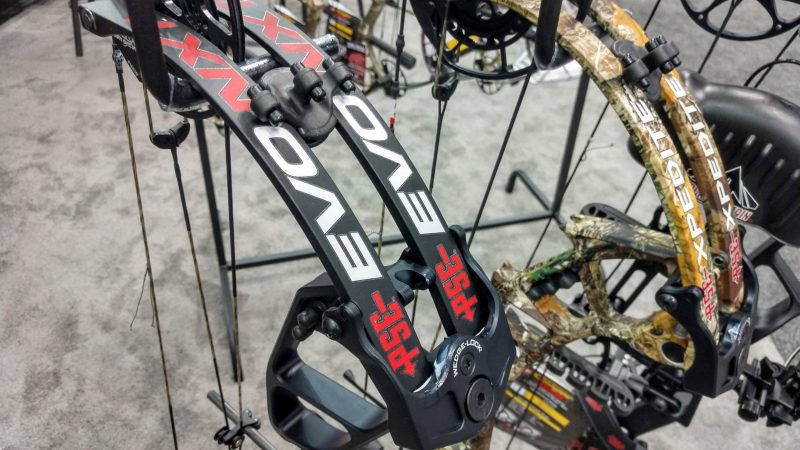 These bows all come out of PSE Archery’s Pro Series weighing from 4.3 – 4.7 Lbs, and pushing arrows roughly 320 FPS (Feet per Second). These can be ordered in an assortment of different colors to match the terrain of where you specifically hunt, and include: Mossy Oak Country, Kuiu Verde, First Lite Fusion, RealTree Edge, Black, and Tan.

One of the final new bows announced at the ATA Show 2020 that actually is not a ‘new’ bow, but simply one that has been revamped for the better is the Carbon Air Stealth Mach 1. The new-and-improved version of the Carbon Air Stealth Mach 1 boasts a more narrow design and smaller cams. This sleek, streamline design archers should appreciate for hunting or toting around at the range. The limbs also have a flatter curve to them resulting in less felt “rebound” forward after the shot. Some other finer points are outlined by PSE Archery in their product announcement:

“The PSE Carbon Air® Stealth Mach 1 is 100% made in the USA and built with a longer new-design carbon riser. The unidirectional carbon fiber elements provide for the highest efficiency of any all-carbon bow available today. Laid-back limbs and a redesigned grip area give shooters more comfort, better accuracy and increased stability. Proven Evolve® Cam technology is smoother and faster, with pinpoint precision.“

The Carbon Air Stealth Mach 1 is available in 4 different camouflage patterns: Black, Kuiu Verde, Mossy Oak Country, First Lite Fusion. Once again, like all of the bows we previously covered, PSE Archery does not have an MSRP set quite yet. So, we covered a lot of ground in a short amount of time, but PSE Archery unleashed a lot of new products on us! Which bow are you most interested in giving a shot? Let us know all of your thoughts in the Comments below! We always appreciate your feedback. 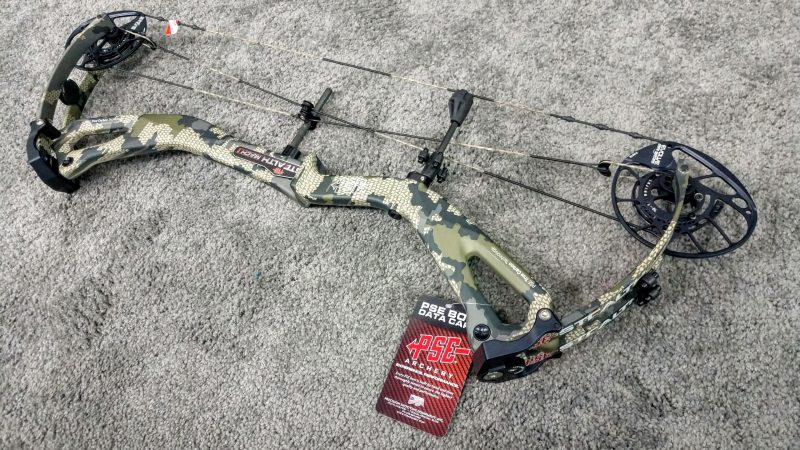 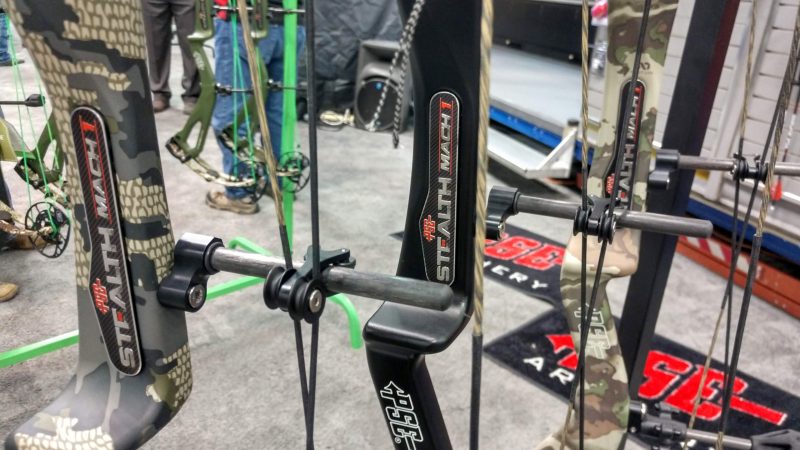