Field Test: On Safari with the CAMX X330 Crossbow

Field Test: On Safari with the CAMX X330 Crossbow

A grueling 10-day safari in the mountains of the Limpopo Province of South Africa was the perfect test track for a crossbow. Few places on earth test the stamina of gear like Africa. Dust, rugged terrain, grueling travel, and arrow-defying game anatomy magnify any equipment flaw. Here’s how the CAMX X330 performed. 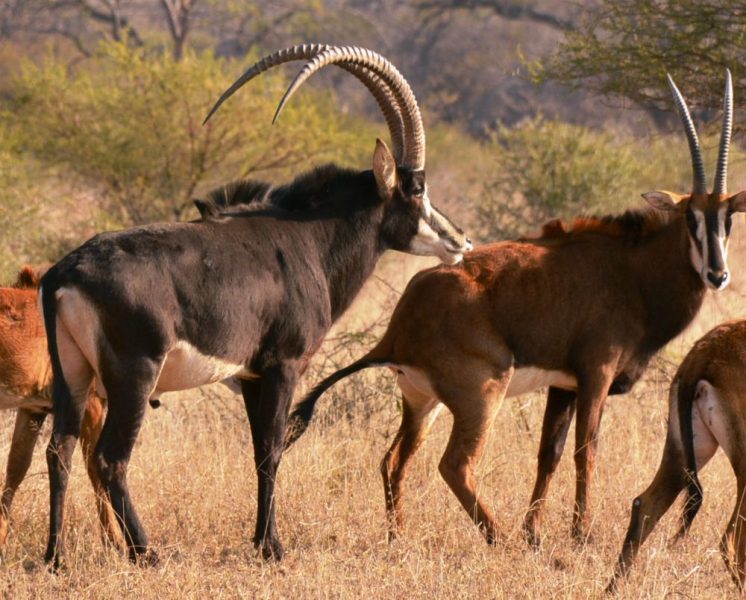 Toughness During Travel: The CAMX slogan is “Built Like No Other,” and its rugged design performed exactly as advertised. Two bows made the trip; one was used at home for practice, and the other was literally “out of the box.” It was brought along in case a rifle hunting friend of mine filled his tags. As a test of the bow’s toughness, the practice bow was flown completely assembled in a large Cabela’s wheeled duffle, with only the scope removed. Airlines are notorious for rough handling, and I wanted to see how the CAMX would handle the abuse. The second bow was disassembled and attached to a foam pad to help ensure it arrived intact.

Upon arrival at Rassie Erasmus’ Rock Haven camp, the scope was reinserted into the lower section of the standard scope rings, the top rings screwed down, and tested at 20 yards.  The Lumenok glowing shaft hit the bull’s-eye dead-on.

CAMX bows are sighted-in at the factory. After assembling the second bow in camp, I tested this and was pleased to see that is was also spot-on. Neither bow required sight adjustments throughout the safari.

General Impressions: Incidental comments are often informative in product evaluations. “This bow is really light,” was the most frequent comment by those who took a turn shooting the CAMX. It cocked easily and pointed naturally. The most frequent question was about the red panels that fold down during cocking and deploy after the bow is cocked. “It’s the ultimate safety feature,” I explained as I showed how it’s nearly impossible for a person’s hand and fingers to touch the string during launch.

Challenging In-the-Field Conditions: South Africa was in its fourth month of the dry season, and simply walking stirred up dust. Traveling in an open four-wheeler increased the intensity of dust, and the bow spent at least 1 hour per day in grimy conditions. Rifles were stored in gun cases, but the crossbow case was too bulky to fly into camp, so I held it on the four-wheeler. I had to frequently blow dust to clear the scope. Lubing the crossbow rail attracted dust, so I minimized friction by wiping it with a glove.

Outstanding Optic: The scope on the CAMX proved to be an absolute standout. In optic tests, the rubber meets the road at dawn and dusk. A view from a treestand as shooting light ends is a good test by sighting a nearby animal or stump to see how well the optic improves visibility. I frequently glassed animals that I could barely see with my naked eye. Looking through the 4×32 ARC scope, however, I not only saw animals, but could read the reticle marks clearly. The light transmission was incredible.

Additionally, when hunting from treestands or ground blinds, a hunter can sometimes be faced with a 10-yard shot. With the CAMX scope, you don’t have to guess how to aim. Above the 20-yard reticle is a tiny post designed for these point-blank opportunities.

Other Features: The CAMX X330 comes as a package, and includes stock extensions to adjust length-of-pull, which is ideal for hunters with longer arms. The bow has a unique sling that can be used like a standard rifle sling over the shoulder, or as hands-free AR-style. The kit includes a cocking rope, an extra cable slide (a great idea), four Accuspine carbon arrows, Slick Trick broadheads and target points, a smartly designed bow quiver, and maintenance lubes.

Newbie Experience: My friend (photos below) who carried his 375 H&H Mangum on this safari had never shot a crossbow, or any bow before. His big buff fell early in the safari, so he began practicing with the crossbow with great precision. In 3 days of hunting from ground blinds, he launched three arrows and killed a large male baboon, a huge male warthog, and a trophy nyala bull. In my opinion, this is a testimony to the user-friendliness and versatility of the bow.

I found the CAMX to be a rugged, durable hunting bow that handled naturally and shot with great accuracy. A host of demonstration videos can be found at www.camxcrossbows.com.