This review is Part 2 of 3 examining the FN 509 Series of pistols where I will discuss each of the 509 series offerings, starting with the 509 Midsize, the FN 509 Standard, while working my way up to the 509 Tactical. During the test, I subjected each pistol to identical round counts, with identical ammo, while running identical drills.

As stated in the previous review, and to ensure readers who aren’t presently unaware have the appropriate context: FN firearms have been in wide use by the United States Military, as well as other government agencies, for quite a while. In fact, if you’ve served in the Army or Marine Corps in the last few decades, it is very likely that your issued weapon was an FN product. They have made historically made cutting edge and reliable firearms, and continue to do so.

The specs for the FN 509 (which I will refer to as the “509 Standard” in order to alleviate any confusion by simply calling it, as FN does, the FN 509) are listed below:

Those with a keen eye may notice that the 509 Standard and the 509 Midsize have almost identical specs: same barrel length, sight radius, trigger pull and overall length. They even weigh almost the exact same amount, with only 0.4 oz. separating the two and share and identical MSRP of $649. The only significant difference between the two is the size of the grip. Some may argue that they have different magazine capacities, which is true to some extent, but you can insert a 509 Standard 17 round magazine into the 509 Midsize, essentially eliminating the difference.

With taller grip on the 509 Standard, there is a slight difference in feel when depressing the magazine release or hitting the slide lock, but those differences are soon forgotten after a few rounds are sent down range. The FN 509 Standard, like the FN 509 Midsize, is comfortable to hold “in the hand” and presents very similar to the 509 Midsize. The 509 Standard comes with interchangeable back straps, for those who need to get that perfect fit. 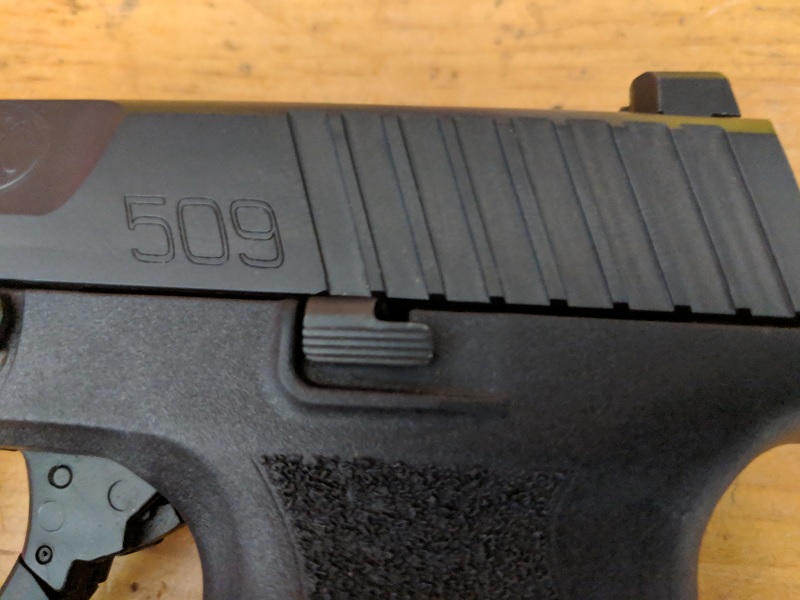 After shooting both the 509 Standard and 509 Midsize, I found that I actually preferred the shorter grip of the Midsize. I feel like I was able to get a more solid hold on the gun, and keep the web of my right had high in the beavertail by slightly pushing down on the magazine floorplate with my fingers. This made managing recoil a bit easier with the Midsize. It wasn’t a major difference, but it was noticeable. That difference would disappear, however, if I were to shoot the Midsize with a 17 round magazine instead of the shorter 15 round magazine that comes standard. So, I guess you could call it a wash between the two. 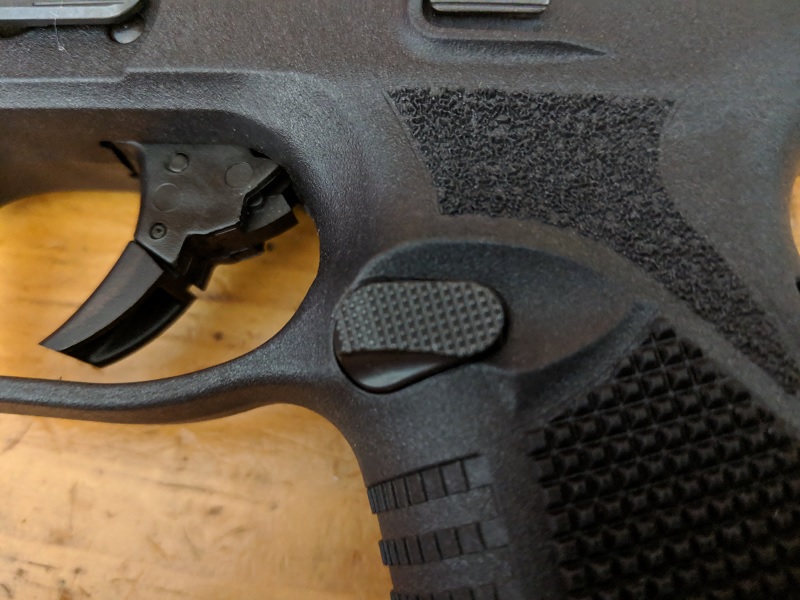 Again, the trigger in the 509 Standard is identical to the 509 Midsize; which is to say it is somewhat of a shortcoming. And to temper some of my words from Part 1 of this series, I think the trigger would suit most people well, but I’m a bit picky. I honestly think with a bit of polishing of the trigger components, I could nearly eliminate my desire to pick up an aftermarket option. As it stands though, it isn’t very light, or smooth, nor does it have a super short reset. This makes it more difficult for me to shoot fast than say a CMC trigger in a highly modified Glock. 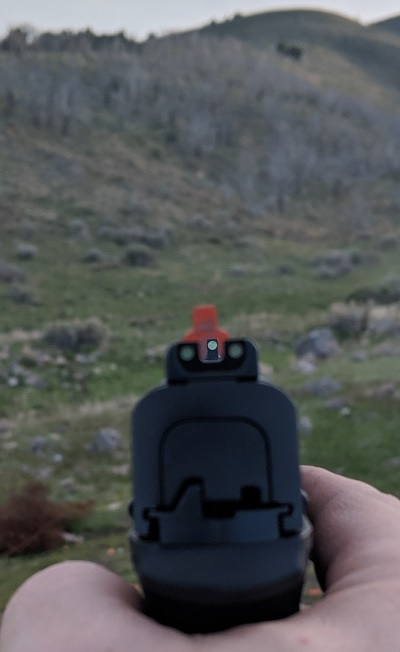 Like all other features above the frame on the 509 Standard and 509 Midsize, the sights are identical. They give you your standard 3 dot system, with a slightly larger dot on the front sight for quicker sight acquisition. They also offer somewhat of a shelf on the rear sight for one handed cycling. As stated before, I think the sights are just fine. I would, however, like to blackout the rear sights. It’s just easier for me to pick up and focus on the front dot when I’m not distracted by 2 other similar looking dots.

As stated above, the 509 Standard gives away a slight edge to the Midsize in grip, which manifests itself in fast cadence shooting. I did the same drills on all pistols, and concluded with several iterations of the Bill Drill. Though I preferred the grip of the Midsize, the Standard gave similar time results across the series of Bill Drills, though I felt it was easier with the Midsize.

To reiterate from the previous review, this is one area where I did want to test the system’s reliability a bit in addition to ease of use. I fully loaded two of the 17 round magazines and shot one round, dumped the mag, and inserted another, then shot one round. I repeated this until both magazines were empty. 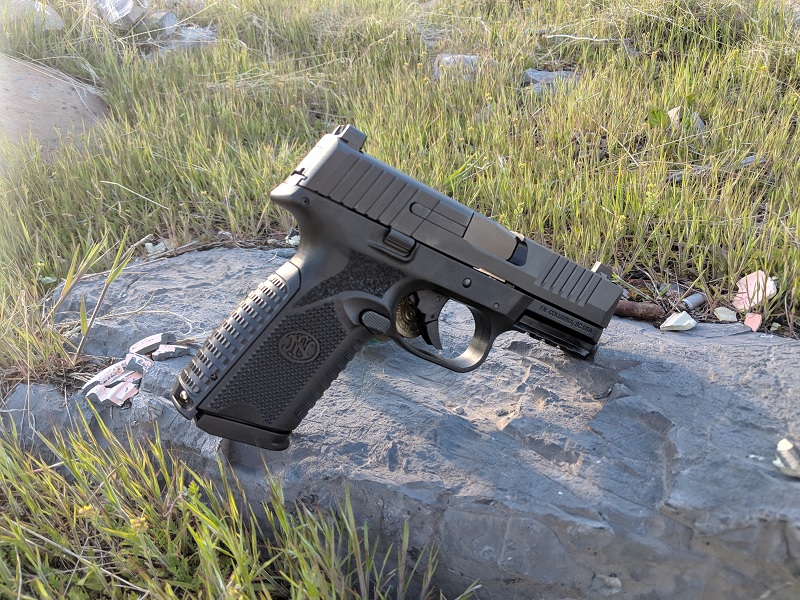 There were no malfunctions due to the hard (but reasonable) treatment of the magazines during this test. Both the pistol and magazines functioned flawlessly. Also of note, I did find it a bit easier to insert the 17 round magazines into the magazine well on the Standard as compared to the Midsize.

There are too many similarities between the FN 509 Standard and the Midsize to really say which one is better for what. Both are very good pistols, and I would trust my life to either of them. I would, however, say that I enjoyed shooting the Midsize more than the standard, and if given the choice, would take the smaller option.