History Of: The Evolution of Orvis

History Of: The Evolution of Orvis

For many anglers, Orvis is a name that brings an image of fly fishing set in a wooded stream of New England or even the Scottish Highlands. It is a name that inspires images of retiring to a riverbank, landing that special catch, away from civilization and the stresses of modern society.

As a forerunner of the present direct mail order enterprises that define companies such as Eddie Bauer or L.L. Bean, Orvis has maintained the “business” of why sportsmen determine what products to purchase.  Not merely brand recognition but the reason to go outside in the first place: to win against the elements.  Yet Orvis was never marketed to frontiersmen whose very survival depended upon bringing bounty home.  Orvis is a name initially associated with the successful English aristocrat or American magnate, intent upon not only besting nature on nature’s terms but becoming part of nature.  Today, that escape is available to more people than ever. 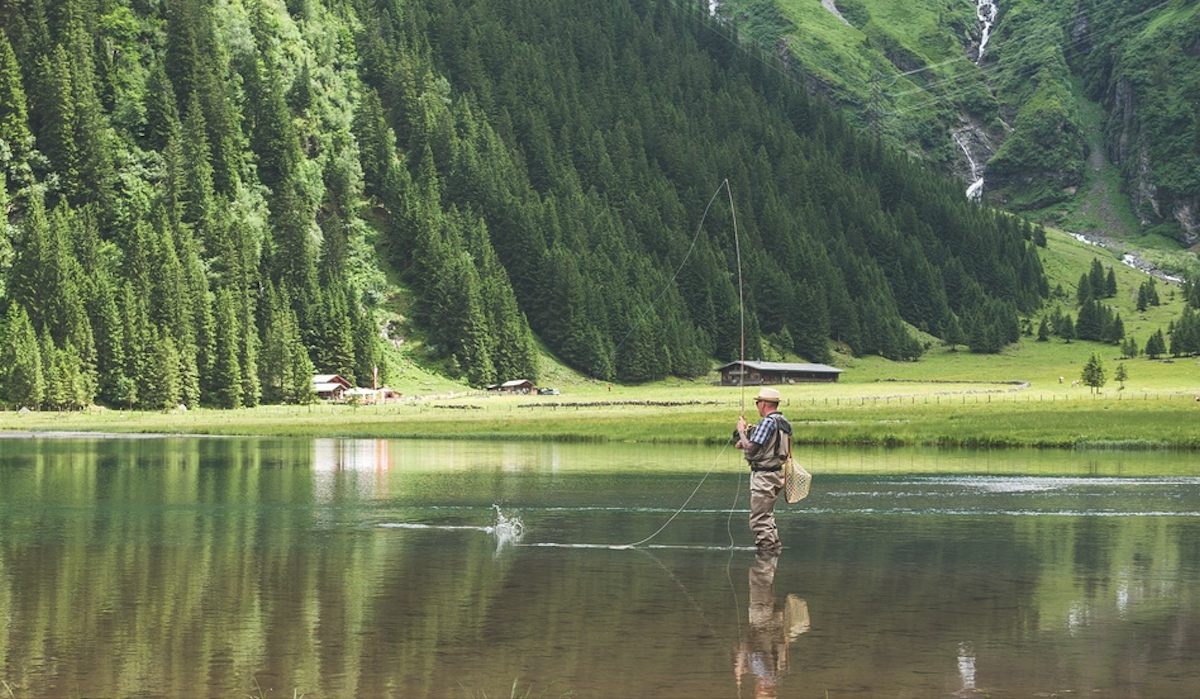 Artificial fly fishing, as opposed to bait fishing, had long been a discrete sport of the English country gentleman.  It started coming into its own in the mid 1600’s with the likes of Izaak Walton and Charles Cotton: learned gentlemen of state defining a sport with its own ethos.  In Britain, custom lures and casting techniques became a sort of friendly competition, even a courteous or chivalrous activity that grew to prominence as the Industrial Revolution’s economic boom coupled with a growing interest in the Highlands, exemplified by the founding of the royal estate at Balmoral.  Scotland became the aristocratic get away for British gentlemen and successful entrepreneurs to get back to nature.  Of course, fishing – and hunting – was the preferred method to do so.  In southern England fly fishing interest expanded in Hampshire, Dorset and Surrey.

Similarly, in the US, by the mid 1800’s regions such as Manchester, Vermont became connected to the rest of the world by railroad.  Quickly the region became a popular tourist destination for New York’s industrial elite and growing upper middle class who, then as now, found themselves drawn to the area’s preserved natural beauty, untouched by modern industry.  It was there in 1856 Charles F. Orvis opened his store dedicated to fishing tackle and accessories to facilitate the quiet pastime of fly fishing in the surrounding streams and rivers.  An unremarkable beginning but for one feature: to be sure not to lose his customers to distance when they returned to their homes and businesses, Orvis provided a catalog, almost 30 years before Sears & Roebuck, that offered mail order service of his custom-made products. 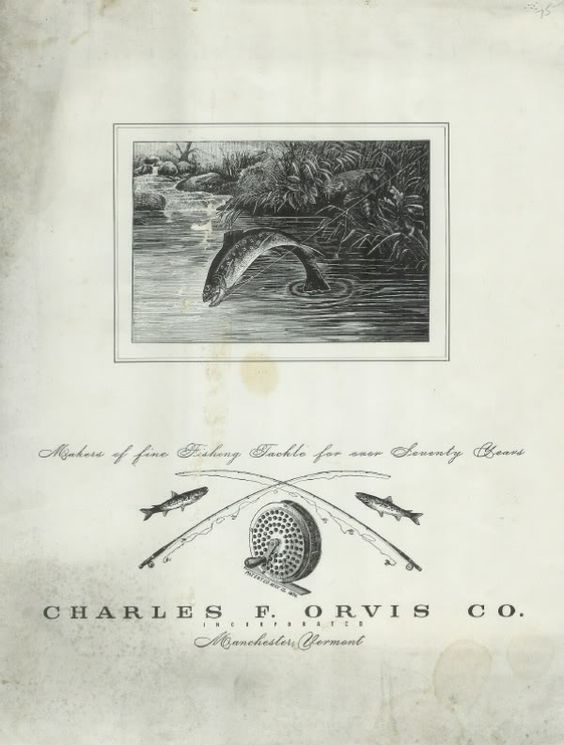 It worked.  From the 1870’s through 1890’s the Orvis fly reel and fly designs were the point of reference for American angler designs who prided themselves on finding the custom equipment and methodology of their craft.  This was the age of Theodore Gordon and Thaddeus Norris.  Orvis successfully linked his products with these founding fathers to the sport of angling: a sport, they declared, for the contemplative gentleman who literally waded into the world of his quarry.

The company expanded under Orvis family guidance and control – after Charles’ death in 1915 his sons, Albert and Robert, headed the company until the 1930’s.  It was then the company suffered the fate of countless others: collapse under the Great Depression.  In 1939, however, a group of Philadelphia businessmen acquired the name and in the 1940’s Orvis was the first to offer a new Bakelite rod that was impervious to natural elements and rot.  Nevertheless, fly fishing is founded on a spirit of tradition:  Orvis continued maintaining a line of split bamboo rods for the entrenched purist. 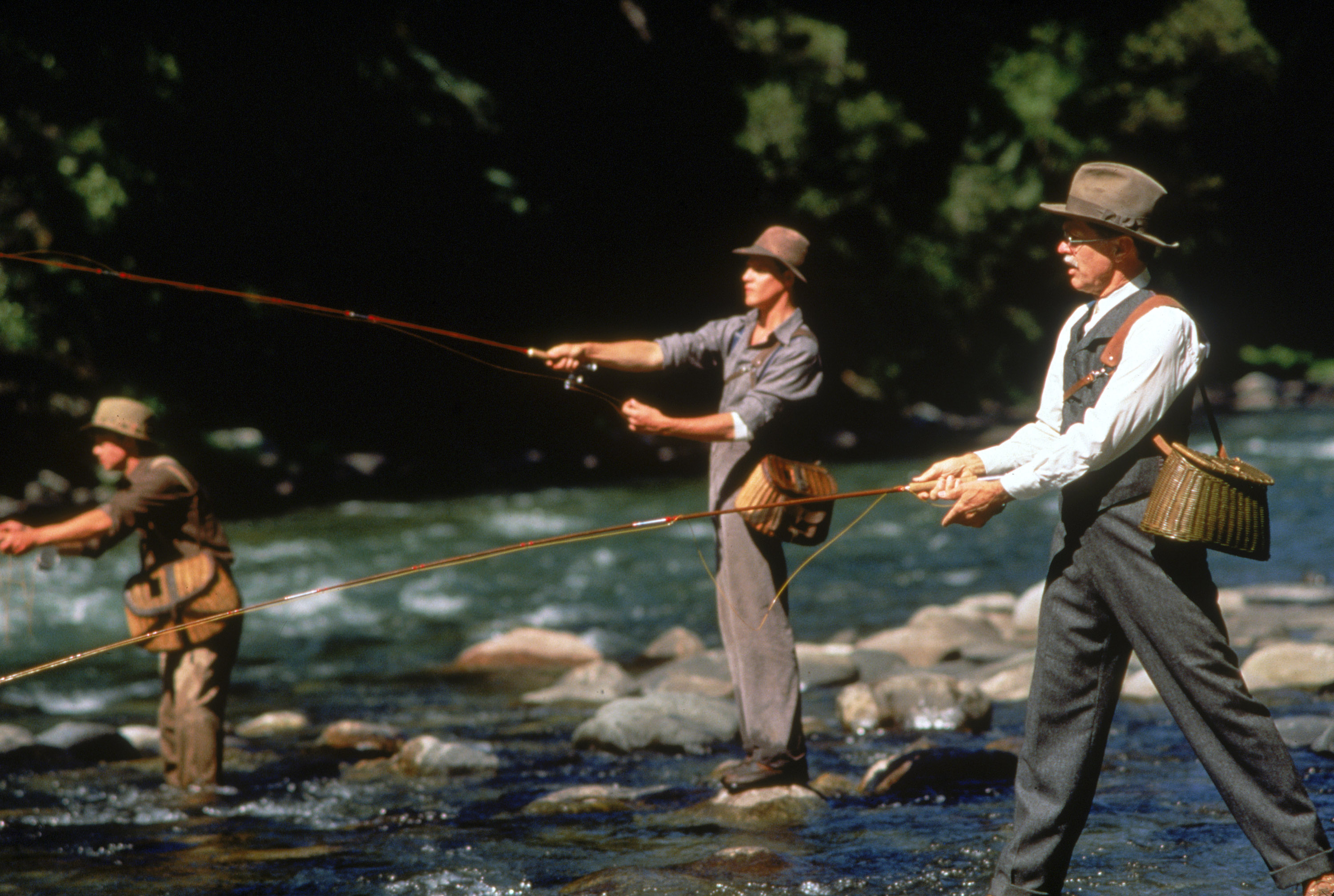 “A River Runs Through It”

In 1965 the company was sold again, to Leigh Perkins.  Under Perkins’ leadership, the Orvis name became synonymous not just with fly fishing but with an entire way of high end outdoor living.  Perkins also expanded the mail order end of the business, pioneering the practice of trading mail order customer lists with his own competitors.  In Manchester, Vermont the following year, Perkins founded the first of seven fly fishing schools.  This was modeled, with additional curriculums that were eventually added that included upland bird hunting, along a well-established British model to further bring about a culture of outdoorsmanship experienced by those who wished to exemplify a refined elite.

Between 1982 and 2000 Perkins, and his sons and successors after his retirement in 1992, acquired six other companies under the Orvis banner.  This, however, proved not to be a recipe for success as the brand name became blurred in a seemingly random expansion.  Orvis ran the risk of losing its identity without a serious overhaul.  That aggressive rebranding effort began in 2000 and Orvis again became a name synonymous with a distinctive, outdoor style of living.

One of the best ways to evaluate the company is to look at what is considered its primary competition.  From the start, Orvis was deemed a direct competitor not only of Conroy of New York and Welch of Boston but also well-established British firms.  While split bamboo rods were the norm, they were made available by everyone from Sears to exclusive top end producers.  After World War II fiberglass and Bakelite rods became more common and Orvis remained competitive with the best of those producers as well.  While maintaining a thorough line of ever more modern rods made of graphite and composite- fiber, Orvis continues with a classic line of split bamboo fly rods that are not only exquisite fishing tools but to many anglers, an instant collectible and source of pride.

Like many outdoor companies, Orvis takes pride in participating in natural conservation programs, and in fact may have been among the first to do so as Charles Orvis personally participated in fishery conservation.  Since 1994, Orvis annually donates five percent of its pretax profits to conservation projects in cooperation with the National Fish and Wildlife Foundation, the Nature Conservancy, Trout Unlimited among others.  Orvis news also reports on recent programs including building public access to Henry’s Fork trout fishery, the re-establishment of whooping crane flocks and golden trout population in the Sierra Nevada Mountains, protection of the long billed curlew habitat in Montana, songbird migratory corridor in Jamaica, sea turtle preservation, restoration of the trout habitat in the Battenkill: the Orvis home river in Vermont.  Additionally Orvis helped found the Casting for Recovery, a national breast-cancer support and education program: a matching grant program that has raised $300,000 to date. 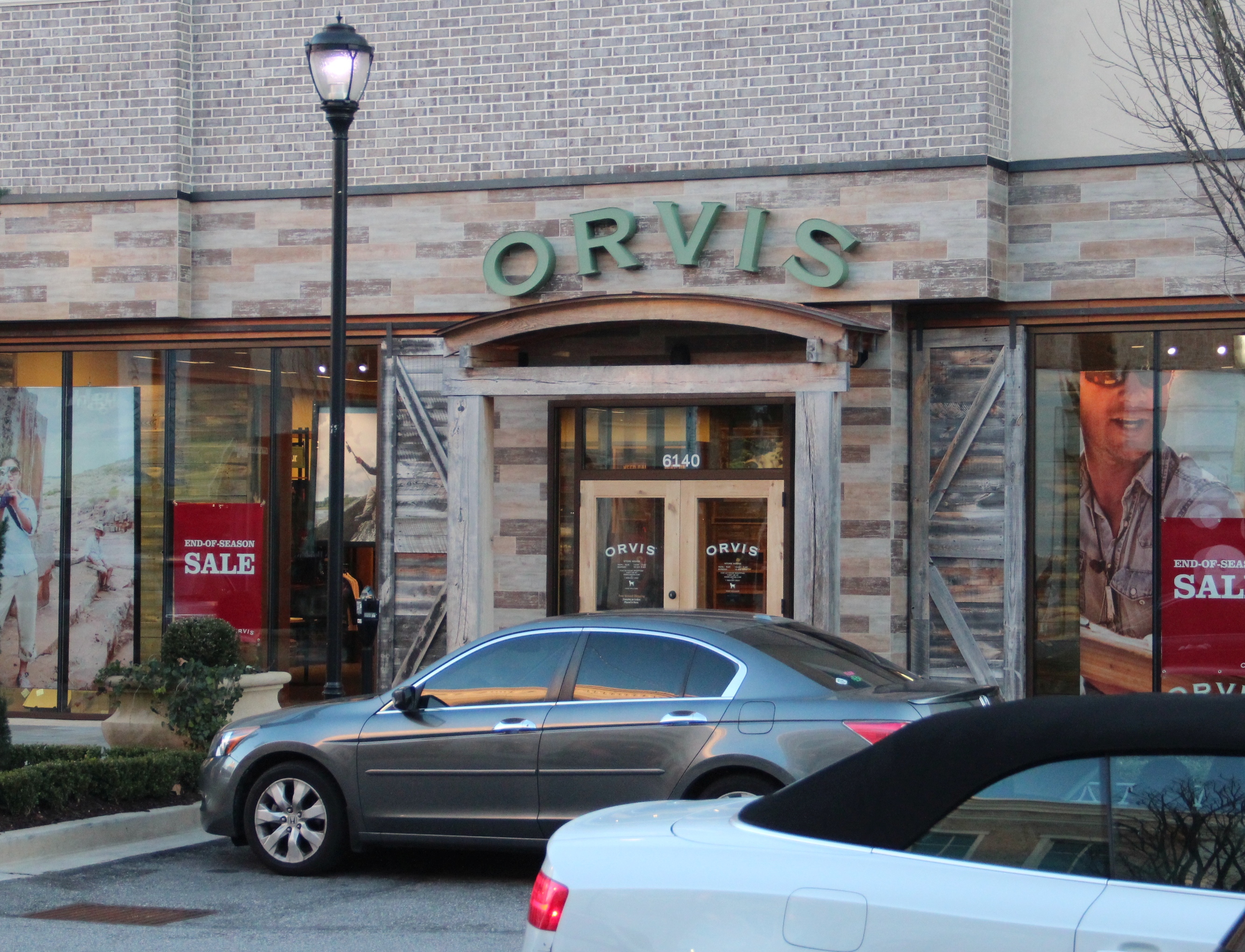 It is not the largest outdoor sports equipment distributor, but it is difficult to imagine the sport without Orvis: in an age where everything is made cheaper, louder and faster, Orvis is a touchstone of the idyllic.  Where the sportsman sets out not just to conquer the wilderness but to become a part of it.