Girls With Guns: Search For The Elusive California ‘Grey Ghost’

Girls With Guns: Search For The Elusive California ‘Grey Ghost’

Girls With Guns Clothing team member, Sereena Thompson, is a die-hard deer hunter. She has a passion for the outdoors and isn’t afraid of going the extra mile to provide for her family. Below, Sereena recounts a memorable blacktail hunt as her and her husband attempt to track down the elusive California “grey ghost”:

Some of my favorite hunting memories come from my California blacktail hunts. Every year my husband, our five year old son and four year old daughter and I take a week long vacation in Northern California at my grandparents ranch, which sits in the mountains just off the Northern California coast. The rolling hills covered in yellow grass from the late Summer’s heat seem to go on forever. The steep, oak covered gulches make for great blacktail habitat. Its breathtaking to say the least.

Hunting at the ranch isn’t like hunting back home in Oregon. Everything is different: the terrain, the climate, the deer. . .

After two days of hunting, and nine inches of rain later. . . we finally had a break in the weather. As we got out of the rhino, loaded our packs and grabbed our guns, I got a feeling. You know what I’m talking about. Something tells you “go this way” and you can visually see yourself creeping up to the top of a null, peaking over and looking down to see a nice buck about 300 yards away.

Yeah, that’s the feeling I had and exactly how the morning went.

We snuck up to the edge as a nice, heavy horned, 20-inch three point with eye guards was feeding alongside a smaller, crab-claw four point and a couple does. From the position we were in, with the angle of the shot and the fact that two angus bulls had just walked up directly in between us and the buck we knew we were going to have to back out and try to get closer. As we were backing out I couldn’t help but feel the excitement come over me. I felt like I was rounding third base and as soon as I took the shot it would be home plate from there!

While we continued to side hill around to the next point I ran scenarios through my head. What would his position be? What could I use for a rest? The questions I had were endless.

As we peaked over the null to our surprise he was gone! It was like he was a ghost and just disappeared into thin air. I guess that’s why they call them the “grey ghost.” At that moment my heart sank, and the high I had began to deflate. The feeling of defeat came over me and I wanted to just give up. To top it off the fog rolled in and we couldn’t see five feet in front of our faces.

At this point, I knew I had two choices: I could give up OR I could push forward hoping to cross paths with the elusive grey ghost once again. Knowing that giving up wasn’t really an option I turned to my husband, Nate, who was hunting with me and said, “Let’s go.”

We made our way to the edge of the oaks where we had last seen the buck. We glassed down the ridge and spotted a couple does. With the excitement coming back we waited for what seemed like forever, patiently waiting for the buck to feed back towards our location. After a good 20 minutes, I slowly stood up from behind the oak tree I was crouched behind and to my surprise there he was feeding.

I ranged him at about 100 yards and found a nice steady rest on a branch of an oak tree. I then waited for what seemed like an eternity until he walked out into an opening and stopped broadside. I feathered off the safety, hands shaking and trembling not only with excitement, but also nervousness – as a hunter the last thing I want to do is wound an animal.

As I applied pressure to the trigger, the sound of my .243 Weatherby Camilla rang through the previously silent morning air.

The buck didn’t hunch, he didn’t even move. Had I missed?! The scenario ran through my head as I chambered another round, placed my cross hairs right behind the front shoulder and pulled the trigger again. This time I knew he was hit as he instantly went down. I couldn’t contain my excitement and started jumping up and down, thanking God for allowing me to aim straight and for allowing me to provide for my family.

Many times throughout my life, I’ve been faced the decision to call it quits or keep pushing forward. Over and over, I always go with option two, to keep pushing forward. It doesn’t always end as this story did, however. There have been many times where I came back to camp empty handed and its those days that really helped me refine my skills, learn from my mistakes and ultimately helped me harvest my buck. 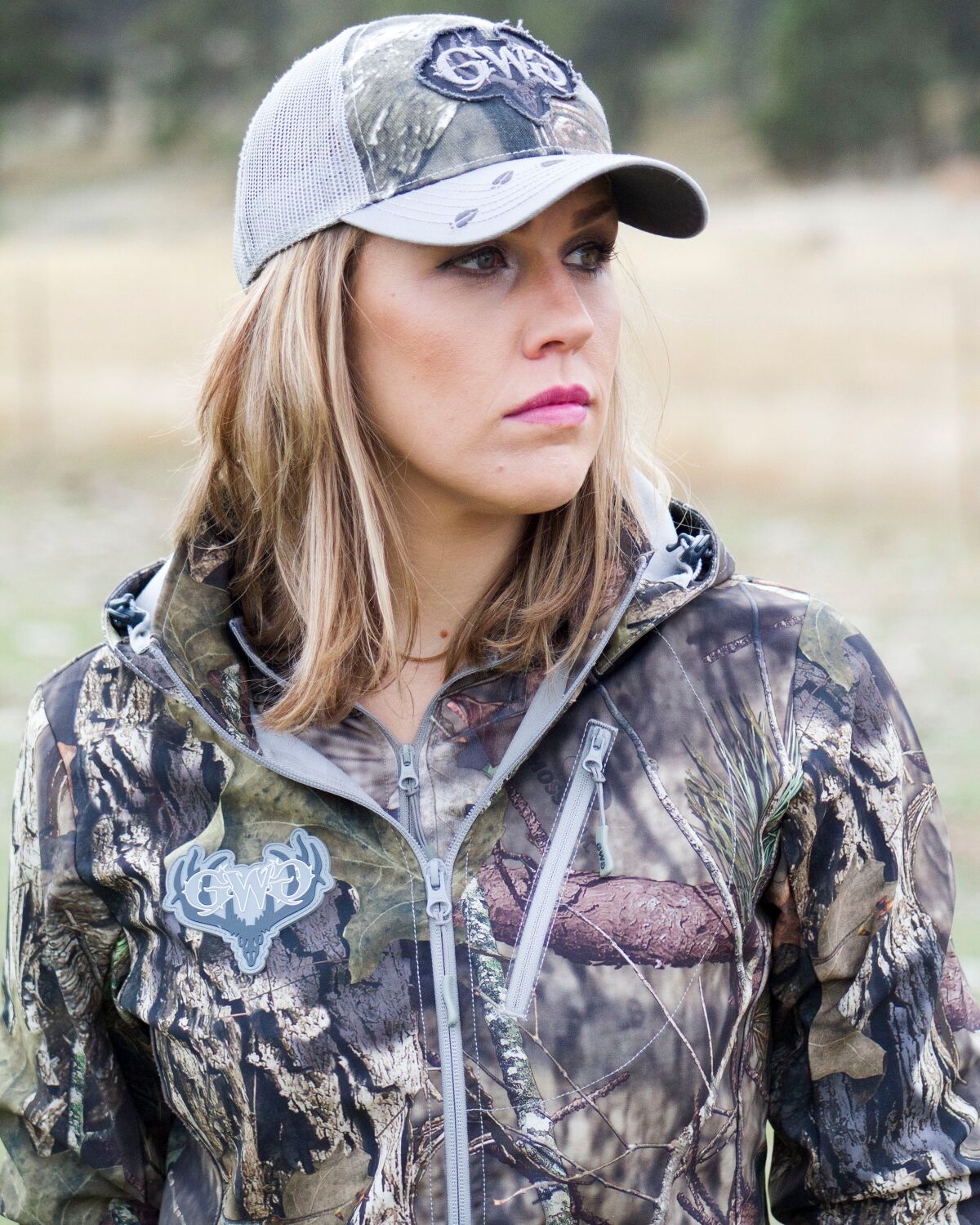 With a love for living this lifestyle and sharing her passion for hunting, conservation and defending our 2nd amendment rights, Sereena is honored to be a part of many top outdoor companies and organizations. Including being the Co-founder of Nature’s Paint, an easy on, easy off, all natural camo face paint and team member for Girls With Guns Clothing. Sereena currently resides in Central Oregon with her husband and their two kids. She prides herself in teaching their 4-year-old daughter and 6-year-old son the hunting and outdoor lifetstyle.

“Hunting isn’t just a way of life for me, it’s a big part of who I am and what I was born to do!”