Another election day is right around the corner so it would seem a good time to take a look at quotes from our founding fathers and other historical figures as related to guns rights. We must remind ourselves once in a while that this nation was built and established through conflict and spilt blood.  Along with that come the ability to self-govern and the right of self-defense. It amazes me on a daily basis, politicians and liberals chomping at the bit for more gun control along with several high profile celebrities–all the while they enjoy protection of armed guards. Nothing but hypocrites! They forget that in fact, their mere existence in this country today was built on the use of firearms and right of self-protection. To these self-righteous folks I say go back and read your history and get over your arrogant selves. 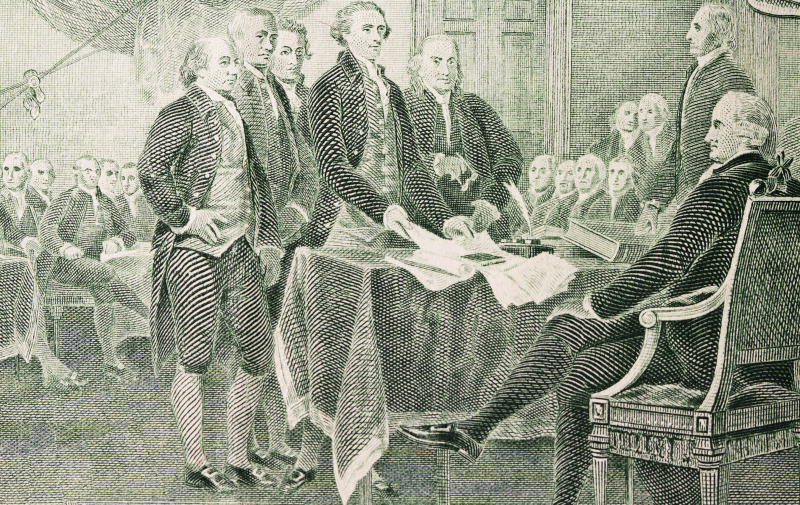 I have personally utilized firearms my entire life in a safe, responsible and ethical manner. Today I continue to do so by providing training and skills to others in the right of self-defense and occasionally still putting on the uniform. To be quite blunt, I have no intention of ever complying with arrogant and useless legislation that impedes my constitutional right to keep and bear arms and bogs down our legal system. I say enough…read on.

A free people ought not only to be armed, but disciplined. –George Washington, First Annual Address, to both Houses of Congress, January 8, 1790

They that can give up essential liberty to obtain a little temporary safety deserve neither liberty nor safety. – Benjamin Franklin, Historical Review of Pennsylvania, 1759

The best we can hope for concerning the people at large is that they be properly armed. –Alexander Hamilton, the Federalist Papers at 184-188

To disarm the people…is the most effectual way to enslave them.– George Mason, referencing advice given to the British Parliament by Pennsylvania governor Sir William Keith, The Debates in the Several State Conventions on the Adoption of the Federal Constitution, June 14, 1788

The Constitution shall never be construed to prevent the people of the United States who are peaceable citizens from keeping their own arms.
– Samuel Adams, Massachusetts Ratifying Convention, 1788

The people are not to be disarmed of their weapons. They are left in full possession of them. –Zachariah Johnson, Elliot’s Debates, vol. 3 “The Debates in the Several State Conventions on the Adoption of the Federal Constitution.”

What country can preserve its liberties if their rulers are not warned from time to time that their people preserve the spirit of resistance. Let them take arms. – Thomas Jefferson, letter to James Madison, December 20, 1787

The Constitution of most of our states (and of the United States) assert that all power is inherent in the people; that they may exercise it by themselves; that it is their right and duty to be at all times armed. – Thomas Jefferson, letter to to John Cartwright, June 5, 1824

And our military leaders of the past had some strong ideas on the issue. General Douglas MacArthur summed it up best.

I am concerned for the security of our great Nation; not so much because of any threat from without, but because of the insidious forces working from within. Douglas MacArthur

Or perhaps the following statement…although never proven to my knowledge that Yamamoto actually said it, the thought no doubt entered his thinking…it should hold true today, but does it?

You cannot invade mainland United States. There would be a rifle behind each blade of grass. Japan’s Admiral Isoroku Yamamoto (unconfirmed)

In any case we should all be weary of those in power by politics; popularity or riches trying to dictate what are already yours and mine…the inherent right of self-protection. Perhaps we should remember that this coming election day.