Everything You Need to Know about the Rut

Everything You Need to Know about the Rut

When it comes to the rut during deer hunting, there is a lot of mystery. Some people pull in a Boone & Crockett buck with a couple of grunts. You let out a noise and the deer evacuate the woods. What gives?! Nothing makes sense! We will try to clear the confusion with a few important, take-home messages about the rut.

Does are your Friends

A lot of people who get really psyched up for the rut are the folk who are chasing antlers. We totally get it. A monster buck is nearly everyone’s goal or at least one in their lifetime. If the only deer on your trail camera are does leading up to the rut though, do not lose faith. During the rut bucks of all stature will hound does like a puppy dog if their libido has kicked in. When nature calls, it is time to mate! So do not be sleeping or have your guard down if all you see in your stand are does. If the rut is actually in full swing, you could see a bunch of satellite, bachelor bucks come cozying up to your doe herd. You might have a few does sneak through the brush and see a buck you were unaware of seconds later. He might come hours later. The fact of the matter is does are your friends. It is cool to have trail camera pictures of a huge buck all summer long leading into deer hunting season, but does are not the end of the world either.

Use Grunt Calls with Caution

Some people live or die by their grunt calls. Actually, you can crush or catapult your deer season with them. The secret to grunt calls is knowing your deer herd. The only bucks that typically respond to grunt calls are “dominant” ones. What typifies a dominant buck? A dominant buck is one that is at the top of the breeding pyramid. If in your area there unfortunately are no big bruiser bucks, a basket 6-pointer might claim the title of dominant buck, and he will know it, too. If a buck is dominant in his habitat he will fight to control that position. A grunt call is a call to arms for a dominant buck to defend his throne. If you let out a grunt and the dominant, basket 6-pointer hears it, he will come running to defend his title and his does.  Likewise, if you know a monster is hiding out there somewhere, a grunt call can lure him out as he is willing to whoop any competing buck’s butt to keep his does. The opposite side of the coin is if the dominant buck is not around, every other buck below the dominant one in the pecking order is going to likely flee the area. A beta buck does not want his butt whooped any more than a nerd in the school yard. So use a grunt call sparingly and wisely. 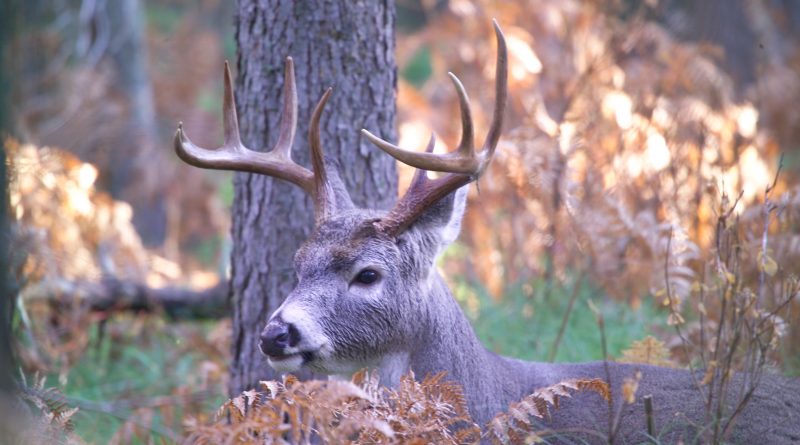 The Rut is not a Day on the Calendar

Some people like to believe that the rut is a set day on the calendar. Simply take that day off from work and you are golden! But that is not the case. What typically tips the scale for the rut to begin is the weather and activity of food sources. If consistent colder weather occurs, the barometric pressure fluctuates, and natural food sources like acorns begin dropping, then most deer will understand it is time to boogey because winter is coming. Some deer openers can land smack dab in the middle of the rut. Others could be pre-rut or post-rut. It can be highly variable. That is why if you want to chase big bucks it can be very beneficial to be a multi-discipline hunter: bow, firearm, and muzzleloader.

The rut can be an exciting time because you could pull the buck of a lifetime with a simple grunt call, or see two monsters battle it out on a ridge! The important thing to remember is the rut changes how deer act compared to other times of the year. Change your tactics and you could drastically change your results.

So what do you think? What are some of your best tips and tricks for navigating the rut? Let us know your thoughts in the Comments below! We always appreciate feedback.