Flying High on the Hog

Flying High on the Hog

Hog hunting is something that has definitely grown alongside the growth in hog numbers in the United States. Some say that Christopher Columbus is to blame for the invasive species taking over the southern half of the US, and others say that it wasn’t until hogs were being transported from farm to farm in the early 1900’s when the issue sparked. Regardless, hogs have become a huge issue, and they are out of control.

Wild hogs don’t only eat everything in sight – including the eggs of many nesting animals – but they also destroy farms, flora, fauna, and basically anything else in their path. They also carry diseases, some that can be spread to livestock. The government has employees strewn across the south that specialize in hog control or eradication, and they work full-time. Some states want them gone, while others see the opportunity for state income from hunters who enjoy hunting wild hogs.

Florida’s hog season basically runs laterally with other hunting seasons. For example, when deer season is open, so is hog season. The only exception is during the spring turkey season. A way around figuring out the seasons in Florida is to hunt private land; either through an outfitter or through landowner permission. With permission, anyone can hunt hogs year-round on private land. 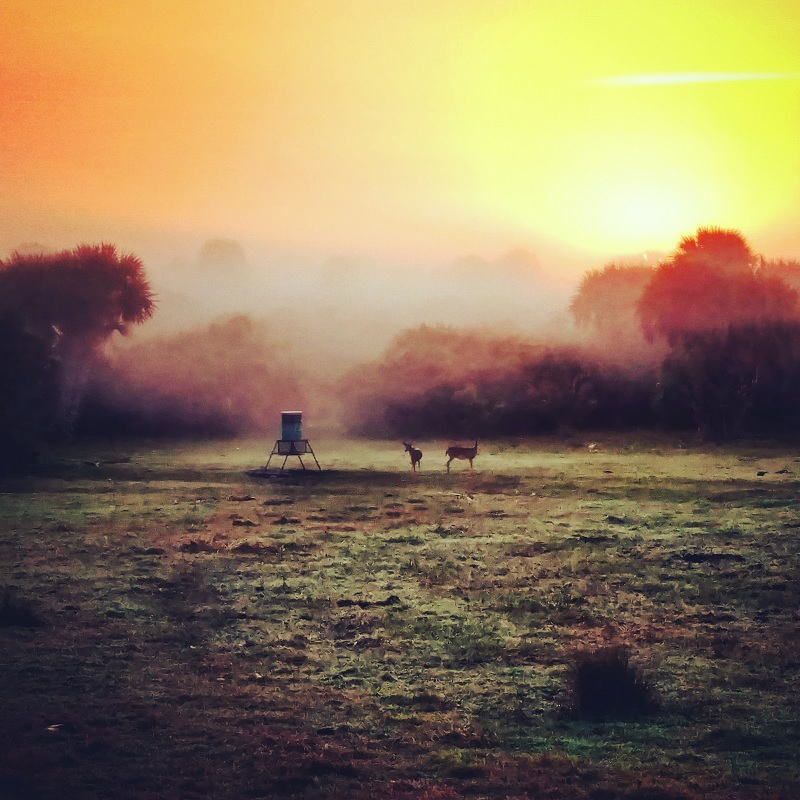 The past two springs, I’ve been lucky enough to hunt private land for hogs while in Florida. There’s no shortage of the critters, and shooting them can be as challenging as you want it to be. Many ranches run feeders, and a person can literally sit over a feeder and harvest hogs as they come in to feed. Finding wet areas or wallows during the warmth of day can be very effective as well. My favorite way to hunt them, though, is to spot and stalk them. Hogs are very wary critters, and are tough to get close to while afoot. A good, reliable, long-range rifle provides the hunter with a huge advantage.

If I could pick one gun to bring with me on a hog hunt, it’s the Savage 224 Long Range Precision in 224 Valkyrie. The LRP from Savage is a nice little AR with enough weight to keep it stable, but light enough to carry around during a spot and stalk. 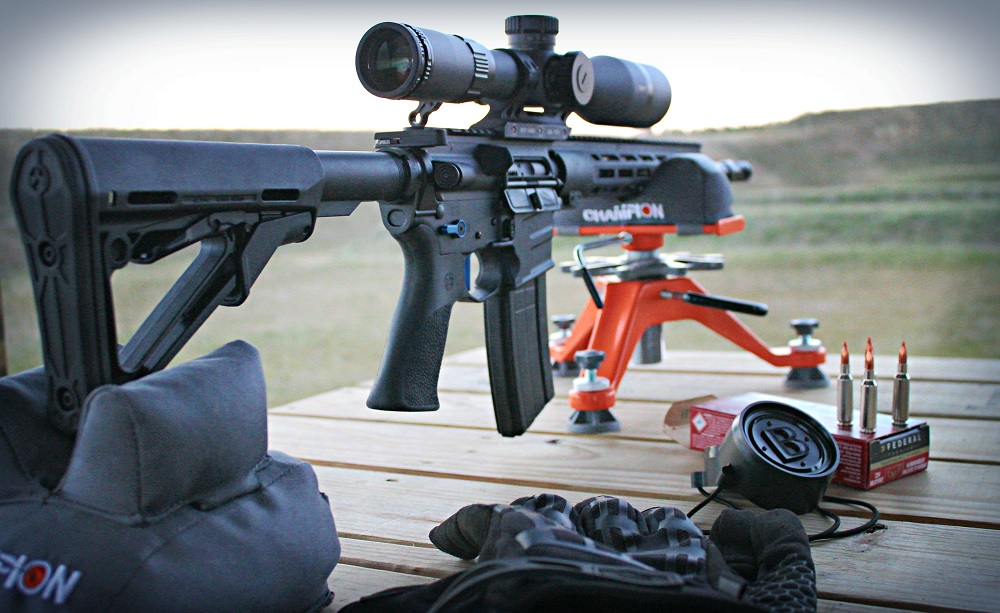 Having a good sling is also recommended, along with a monopod or bipod. It gets hot in the south, and finding a good rest when you’re huffing and puffing from a stalk through the swamp is tough. You’ll be glad you carried your Primos Triggerstick along with you. A relatively new round, the 224 Valkyrie from Federal Premium Ammunition is a lightning bolt from the time it leaves the barrel to the time it impacts the target. Touted as the first truly long-range AR platform round, the 224 Valkyrie is still supersonic at 1300 yards. I don’t recommend shooting hogs at 1,000 yards, but I bet you could do it, and probably with pretty good results. The 90 grain Fusion would be a good choice for taking down larger hogs, but the 60 grain Nosler Ballistic Tips really frag on impact, creating a huge exit and some easier tracking, if the animal runs. 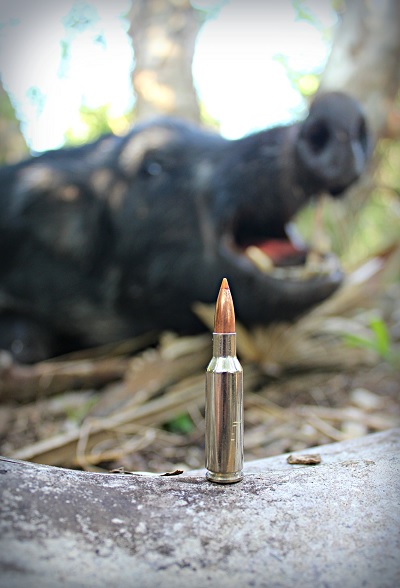 Other recommendations include a good pair of boots. Lightweight, water resistant, and breathable footwear is essential. Snakes are abundant in the south, so knee-high boots aren’t a bad idea. Extra socks, lightweight, breathable clothing, and a good pair of sunglasses are other mandatory things to pack.

Finding hogs isn’t a very difficult task. They are around almost every oak or palmetto in the deep south. On ranches, driving the ranch roads will allow you to spot hogs from a distance, and then make a move on them.

Anything inside of 200 yards is a pretty easy shot if you’re stable and controlled. Aiming for the head is your best bet, as hogs are extremely tough. If you’re not confident in that shot, behind the shoulder, far enough to get behind the shoulder plate, is a good placement. Quartering away is ideal. No matter how good your shot is, be prepared to track. As I stated, hogs are tough critters, and they don’t quit.

If you’re looking for a trophy, the 200lb and up boars will typically have some decent tusks and tough hides. If you’re after meat, the younger hogs will provide the best meat. Some people love to harvest piglets that fit whole on the grill or spit. Not all hogs taste great, but many do. If you can harvest a younger sow, you’re in for a treat. While you may not get any bacon from it, you’ll surely enjoy the pork chops…

For many hunters, hog hunting is a tradition, for others it’s a bucket list hunt. Regardless of where hog hunting sits on your hunting “to do” list, be sure you give it a try. If not for the meat or the adrenaline, do it to help ranchers, and other wildlife. Once you’ve tried it, you’ll be hooked.