Earlier this fall, I spent a week chasing the Eastern Canadian Moose in Newfoundland – “The Rock.” Now, I understand why the island of Newfoundland is called “The Rock,” but I would also understand if they called it “The Sponge” or “The Wet Trampoline.” If you want to go after the big ones, though, you need to go where they live. So, we spent a majority of our time deep in the bogs along the banks of the Victoria River, beautiful country to say the least.

I hunted with Victoria Outfitters. Ryan and Jackie run a top-notch organization I would highly recommend checking out if you’re interested in visiting the area. They have private cabins to stash all of your stuff, with bathrooms and showers and a beautiful central lodge where you eat all of your meals and hang out in the evenings. However, we only took advantage of this a couple times, as we had requested the “Camper Special,” at least that’s what it came to be known. We were staying further from camp at a more remote location so we could be closer to where we would be hunting in the morning. 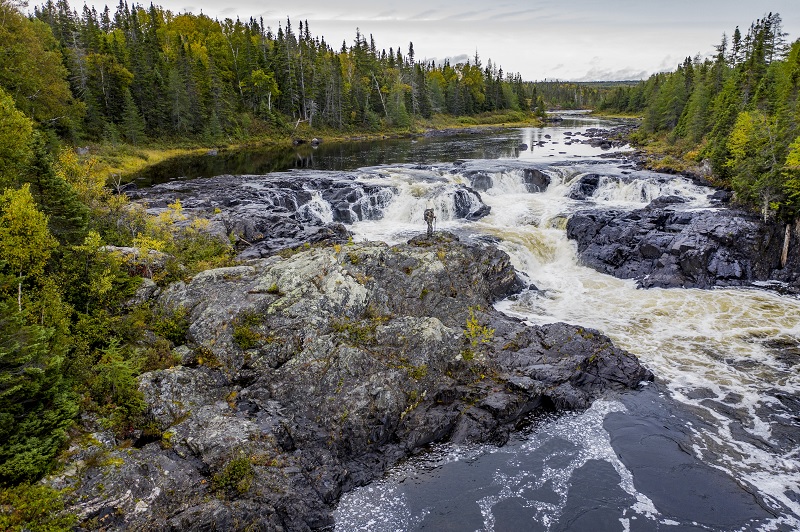 This trip was to be the highlight of my hunting season, and the culmination of my year-long series with the Savage 110 High Country I started using back in June at a long-range shooting school in Utah. This rifle quickly became my favorite gun in the safe. I just cannot say enough good things about the Accufit system! Being able to custom fit the gun to my frame, and having the ability to adjust the trigger to the exact weight I prefer improved my shooting exponentially! Each time I shoot the rifle I gain more confidence and was sure going into the trip if I had a moose within my effective range, we would be cutting onions and melting butter in short order! 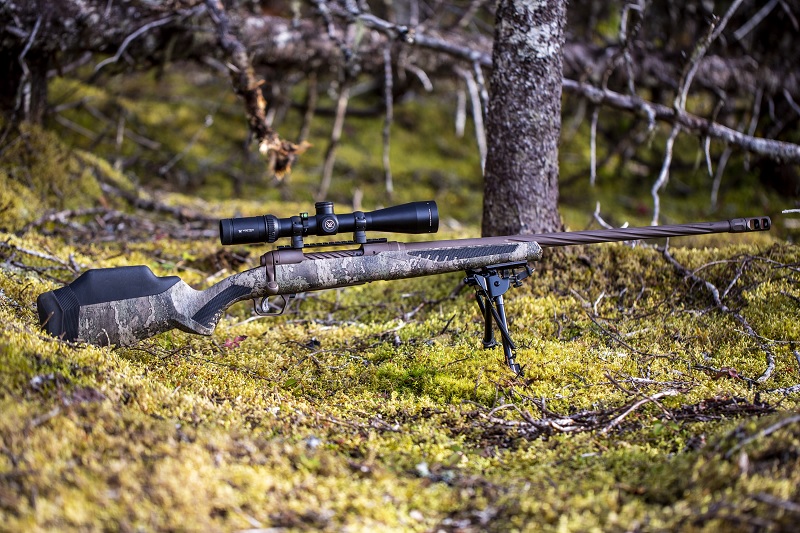 We hit the absolute peak of the rut phase and activity was on fire the entire week we were there. The plan was to stalk through the dense forest from bog to bog, trying to call in lovesick bulls. 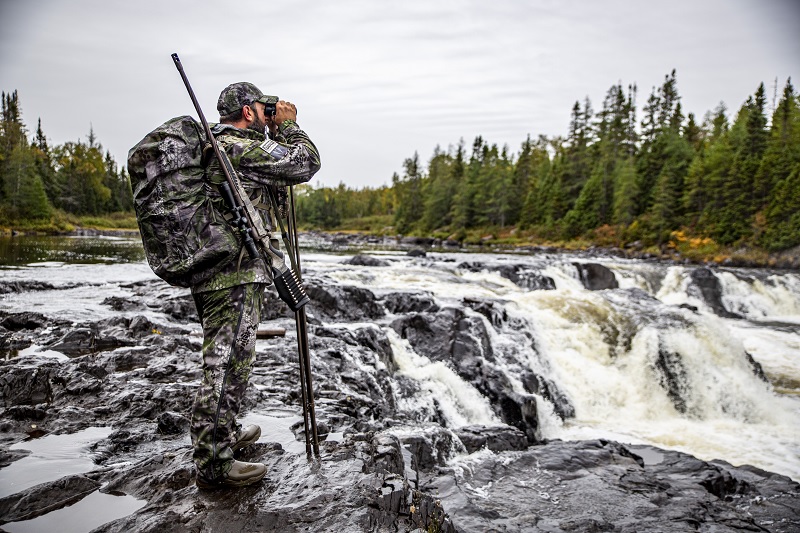 Late in the evening on this particular day, we had been stalking and calling all afternoon when we walked to the edge of an opening. There he was, standing in all his glory looking after his lady. At this point, we were under 200 yards from the bull and he seemed aware of our presence, but did not care enough to ditch his lady friend.

I quickly threw up the shooting sticks, settled the rifle, finished my pre-shot routine and squeezed the trigger. The rest was history, and with one shot from the 110 High Country, the bull went down less than 30 yards from where he had been standing moments before. 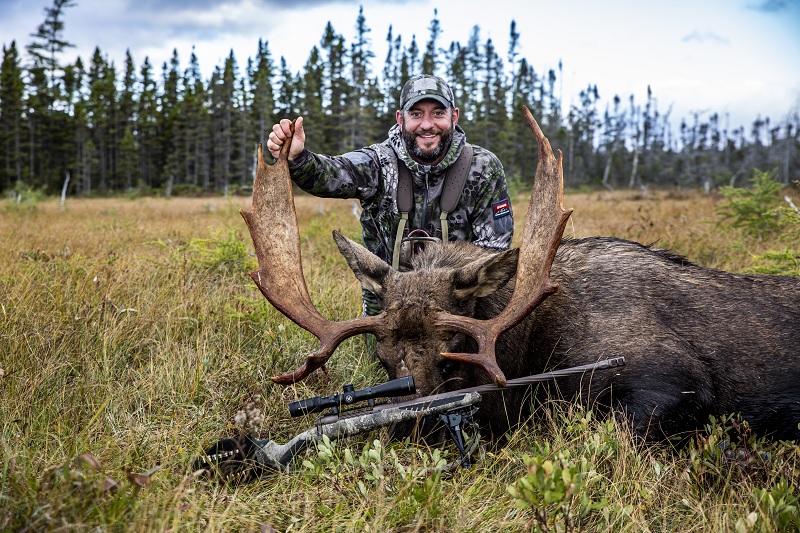 It was getting dark fast. After some high fives and a few quick photos, we had to get the bull taken care of. It was plenty cold that night, so we prepped all of the meat and planned to come back the next morning to load up and haul it out. Not before we grabbed the tenderloins, though. 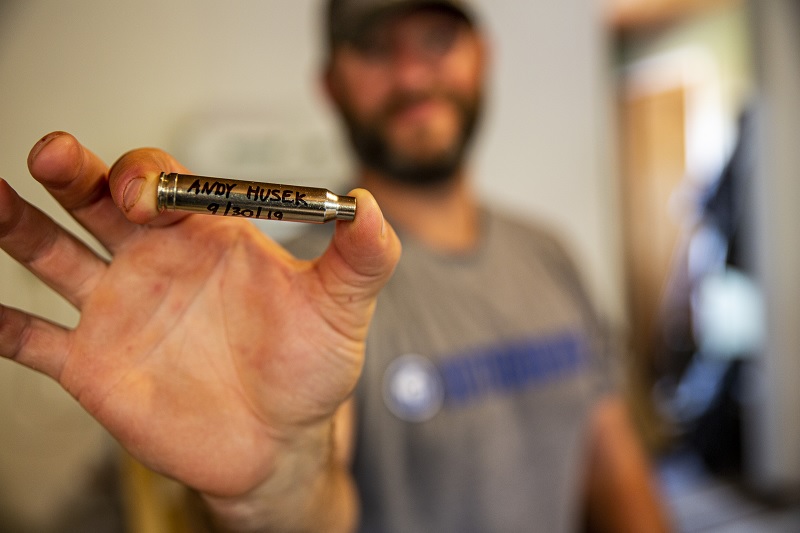 If you have the chance to go to Victoria Outfitters, find Clyde and ask him about the “Camper Special” and how many ways you can eat moose in one week before you get sick of it.  Although, I’m not convinced that can actually happen. 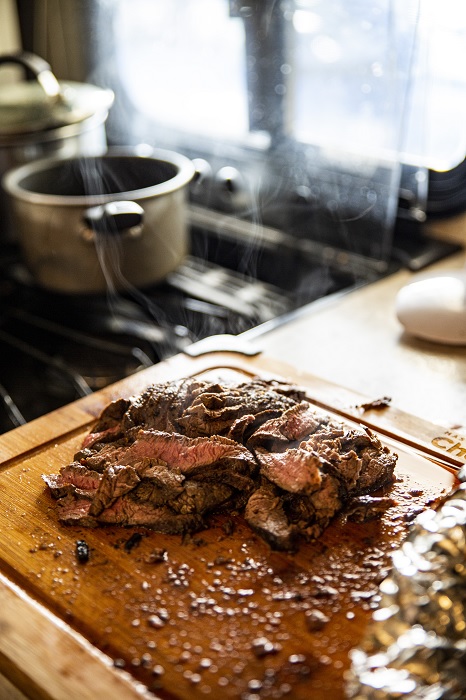 We ate moose every day we were there, and were nowhere near ready to stop!  I can’t wait until the rest of the meat shows up later this year and I can share it with my family for a long, long time. 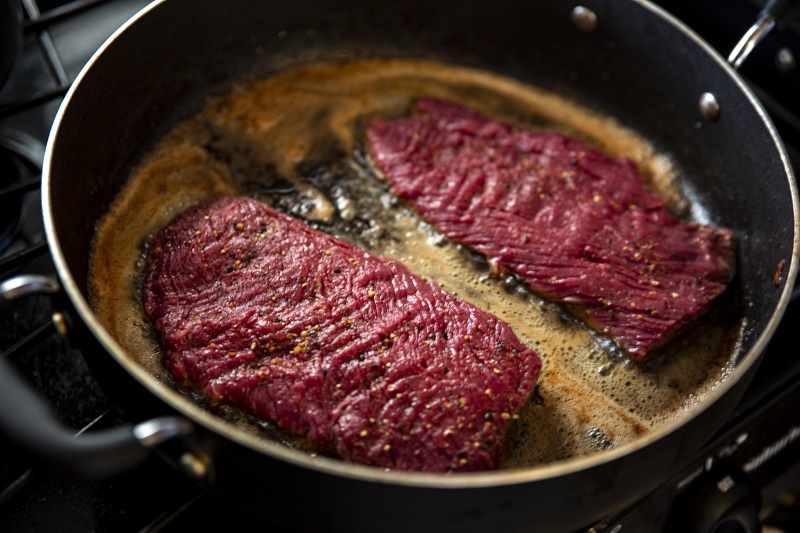 My recap and pictures cannot possibly do the week we had justice. I highly recommend you head to “The Rock” and check it out for yourself!