Ice fishing for yellow perch is at its best just as Old Man Winter is losing his icy grip across the northern tier. That’s when these nomadic roamers, which were often so difficult to pin down during mid-winter, start congregating in larger groups in preparation for the spawn.

Unusually early spring weather this year has put a serious crimp in late-season perching plans across a large swath of the ice belt, but anglers who live in, or are willing to travel to, its northern reaches can still cash in on some best-of-the-year action. Even so, it’s always critical to use extreme caution when venturing out on late-winter ice.

Ice conditions are deteriorating at this time, and melting snow cover, runoff from the shoreline and inflowing tributaries all do their part to accelerate the process. Seek information from trusted sources—a local tackle shop or knowledgeable resident angler—to guide your decision. Fish in groups, and use proper safety gear—self-rescue ice picks, personal floatation devices and a rescue-line throw bag like the Seattle Sports Splitshot (below) for starters.

On the ice, it’s a tad bit easier to find yellow perch now than it was at mid-season. Still, anglers must be willing to drill holes and stay mobile until they locate fish. Even then, the fish may move, spurring anglers to do the same. Start the search on a hard-bottom breakline or drop-off that’s related to the shoreline. Some waters don’t offer too much in the way of abrupt drop-offs. Instead, look for a bottom that sort of undulates its way from shore. Structure, whatever it is, is the key element.

Certainly, some yellow perch can be found in the lake’s basins and over its flats this time of year, and they may even run on the larger side. But locating them requires the more determined run-and-gun approach used during the mid-season. Schools near structure will be larger, easier to find, and hopefully, a bit less mobile. 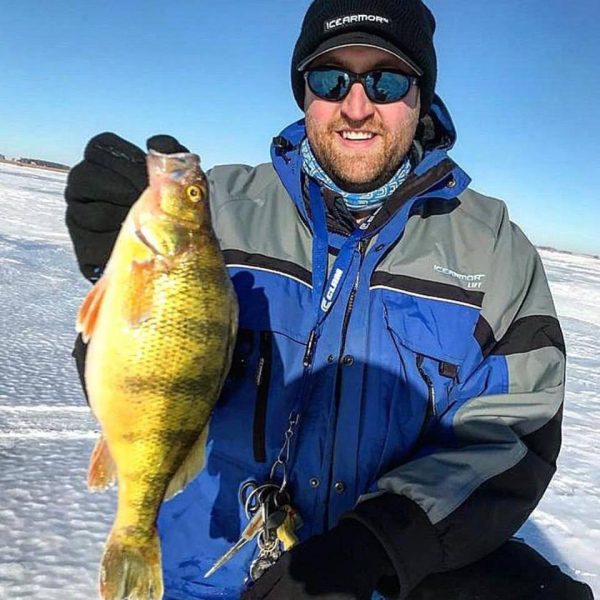 Begin by punching plenty of holes, along the breakline as well as toward deeper and shallower water. Don’t worry if fish fail to appear on the sonar screen right off the bat. They may be belly-to-bottom, and if not—because perch are sight-feeders—they may come rocketing in from elsewhere to investigate an aggressive jigging presentation. However, if they don’t show up within a few minutes—10 at most—move to a new hole. And if necessary, expand the grid by drilling more holes.

If the breakline doesn’t yield results, probe various depths, with some anglers exploring deeper water while other search the shallows. Late in the season, perch can go very shallow and anglers often find them just feet away from a bank of bulrushes or cattails. Shallow weedbeds, too, are hotspots.

Start with a small jigging spoon that causes an underwater commotion, the 1/16-ounce VMC Rattle Spoon (above) being a perfect example. The beads in its brass sound chamber create a ruckus that perch can hear from a long way off. Lindy’s Quiver Spoon (same size; shown below) is another solid option. It falls with a frantic trembling action that appeals to a fish’s sense of sight.

Don’t hesitate to add a fathead minnow head to the spoon, or load each barb with multiple maggots or waxworms. Aggressive perch won’t be intimidated by a walleye-size offering, and often take the bait with unbridled enthusiasm.

There’s seldom need for wimpy spring-bobber finesse rods for late-season perch, in fact. Instead go with a medium-light action stick in the 26- to 28-inch range, something like a Clam Outdoors Ice Team Rod (below) that has a bit more authority on the hookset. Pair it with a spinning reel filled with 6-pound mono.

Over a day’s fishing, late-season anglers can expect perch to go into a feeding flurry at some point. The duration can be brief or extended, and it doesn’t always happen. But when it does, make the most of it by getting the bait back into action quickly after icing a perch. Switching to a single-hook presentation, which speeds separating the fish from the barb, is a smart move. Have a spoon pre-rigged with a single hook ready to go. Or, try a jig-and-plastic combo, that will take several perch without having to stop and re-bait the hook. 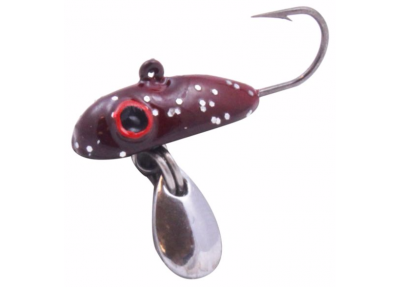 Northland’s Bro Bling Jig (above) rigged with an Impulse Skeleton Minnow (below) fits the bill extremely well. The 1/8- or 1/16-ounce version will drop quickly through the water, while its belly blade and the plastic bait’s segmented tail offer fish-attracting flash and movement—an awesome combo for rapid-fire perch fishing. 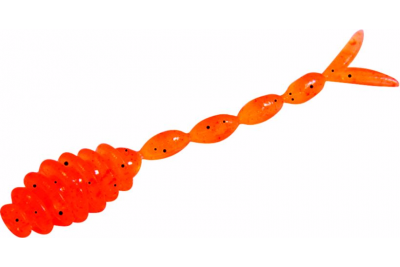 Late winter is prime time for yellow perch, and certainly offers the best opportunity to catch jumbo-size fish. But anglers must be ready to move and willing to drill numerous holes to take full advantage. 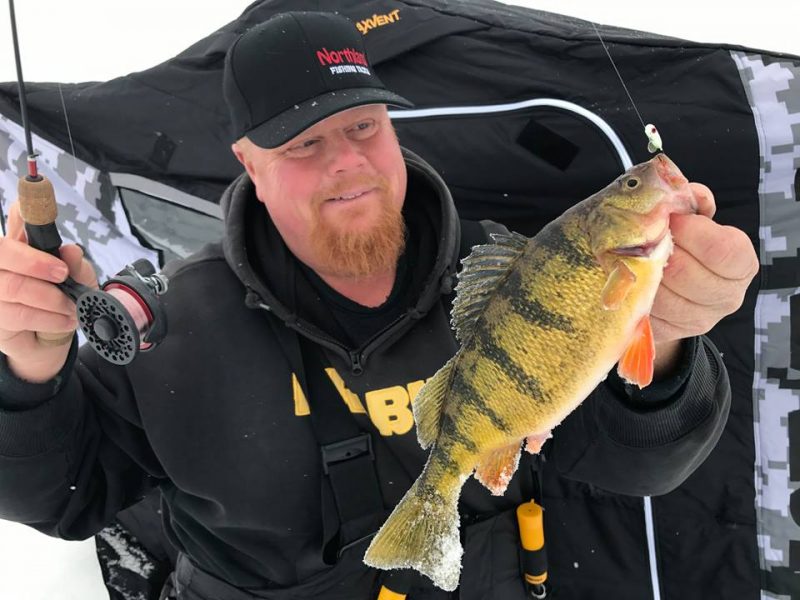