February and March offer walleye anglers across the ice belt their best opportunity to catch the biggest fish of the winter. They commonly refer to it as the “late ice,” or “last ice,” period, but “prespawn” is a more accurate term to describe the fish’s current place in the biological cycle.

Whatever you call it, it’s the time when the fish’s urge to create a fresh crop of little walleyes begins to kick in, which makes their behavior and location highly predictable. What’s more, their schools will be more compact, often holding more individuals, and their attitude more aggressive than it was during the mid-winter slump.

Most walleyes make their spawning run shortly after the ice goes out; their optimal choice being to migrate up a tributary until they find the right combination of current and bottom content. That being limited or absent altogether, a shallow bay or a shoreline that features a sand/gravel bottom and quick access to deep water makes a suitable substitute. Even if a lake lacks such features, the fish can’t help but to follow their instincts and might gather at the mouth of a feeder creek or near an inflowing culvert. 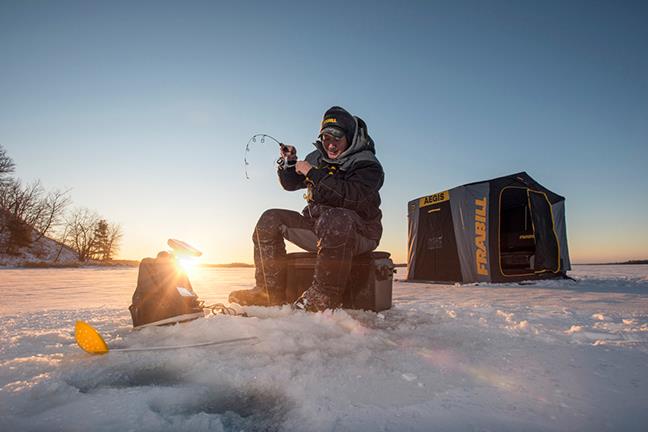 A prime ambush point for these fish is a steep breakline close to the tributary, bay or shoreline they’re planning to use for their reproductive rendezvous. Depth depends on the lake. On one body of water the break might drop to 8 or 10 feet; on another it might bottom out at 18 or 20. The main thing is to pop a hole as close to the outer edge as possible.

This might require drilling a number of test holes to zero in on the spot, but it’s well worth the effort. A quicker alternative is to use a sonar/GPS unit, such as Lowrance’s Hook-5 Ice Machine (below), that’s configured for hard-water fishing. Certainly, the same goal can be reached with a solid flasher unit and an auger with a sharp set of blades, but electronics with mapping capability puts an angler on target—and in fishing mode—a lot faster. 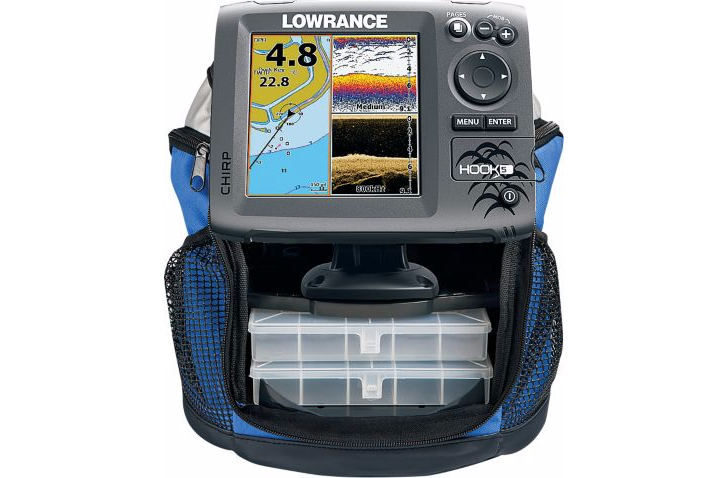 Once on the spot, drill plenty of holes from the start to keep fish-spooking noise to a minimum after things have settled down in the area. Begin with a series of holes along the breakline, especially if multiple anglers are in the party. Then make a line, or more than one, of holes that stretches toward the tributary or bay, getting as close to it as safe ice allows.

Before dropping a jigging line along the edge savvy anglers set tip-ups in progressively shallower water to catch fish that might cruise the flats during daylight hours, but also to serve as indicators, during the late low-light period, that walleyes have moved up to feed. If a flag goes up during full daylight, relocating the jigging operation is a judgment call. But one that pops as evening approaches is a sure sign an angler should move shallow with his hand-held gear.

There’s little chance of holes freezing over this time of year, so the thermal qualities of a cover-style tip-up aren’t necessary. Still, a tip-up such as Frabill’s Pro Thermal (below) covers the hole entirely, keeping slush and slop from collapsing into it and blocking direct sunlight that could spook shallow-water fish. 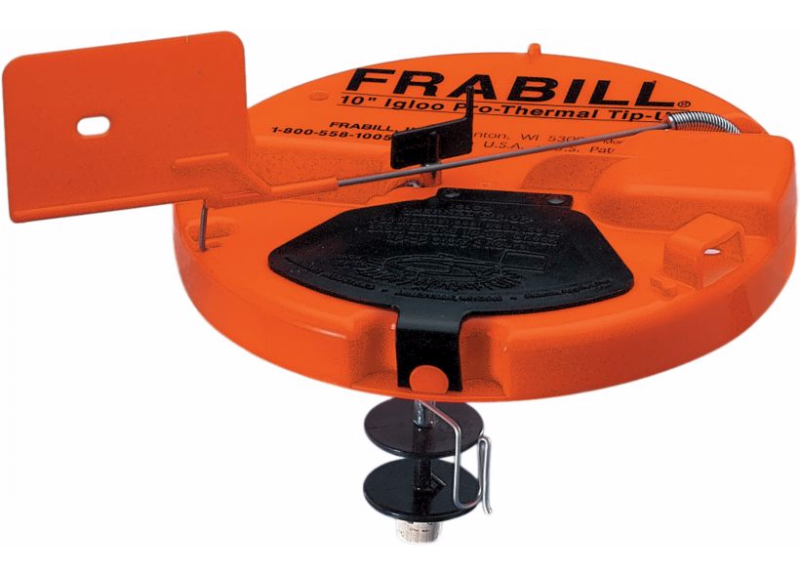 Rig the tip-up with a red or chartreuse hook on a 4- to 6-foot mono or fluorocarbon leader tied to the main line, remembering that a plastic bead or two above the hook might just provide the added stimulus that turns a looker into a biter. To weight the rig, use the bare minimum required to keep the baitfish down, but give it plenty of leeway—at least a foot—to swim and struggle. And don’t be afraid to pin a 4- or 6-inch shiner or sucker onto the hook; these prespawn walleyes can often be above average in size. 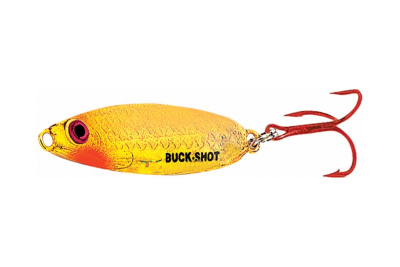 The same holds for jigging gear. A 3/8- to 3/4-ounce Buck-Shot Rattle Spoon (above) or a similar metal slab, tipped with a minnow head isn’t out of the question. Among the most popular and productive lures this time of year, however, is a large-profile jigging minnow, such as a 5/8-ounce Rapala Jigging Rap (below). The active, circle-back swimming action a lure like this offers is meant for aggressive walleyes. 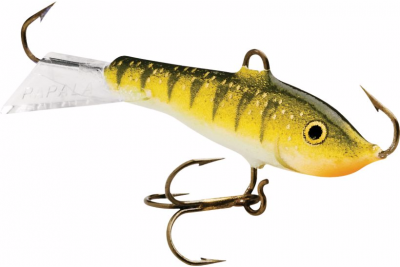 Soft plastics, too, have a place in the late-ice angler’s tackle box. Thread a 4-inch Berkley Gulp! Minnow (below) onto a 3/8- or 1/2-ounce leadhead and jig aggressively, or bang the bottom, to attract fish; then shake the lure when walleyes appear on sonar.

Late-ice walleyes can provide the best fishing of the year, but always remember that it’s called “late” because it’s starting to deteriorate, so anglers must exercise caution and use common sense when pursuing these prespawners. Fish in pairs or groups and make sure that a throw-rope is among your personal gear. Each angler should also be equipped—at the very least—with a set of self-rescue ice spikes that are kept handy; not buried in a coat pocket. Better still, wear a PFD or a float-coat this time of year. A walleye of any size isn’t worth not coming back from a trip.