Video: How to Film Spring Turkey Hunts with Scouting Cameras

Video: How to Film Spring Turkey Hunts with Scouting Cameras

Many of us rely heavily on our scouting cameras to hunt whitetail deer throughout the fall, but for some reason people forget how helpful they can be when preparing for a spring turkey hunt. 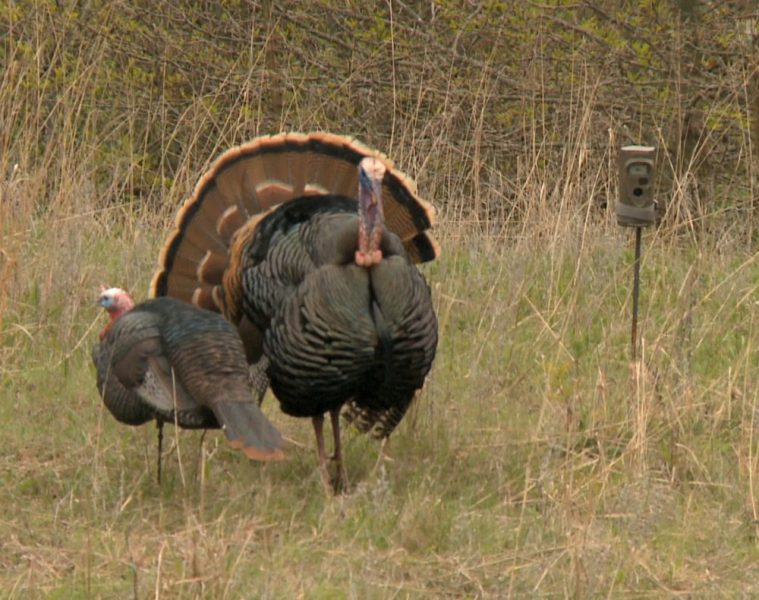 Another great use for my Cuddebacks is once I’ve set up for my hunt, I use my Cuddeback as a second camera to actually film my hunt. In the past I liked to place a small camera such as a GoPro in my decoy spread to capture footage of the turkeys in my decoys, however, more often than not the camera was dead by the time the turkeys arrived. Frustrating!

By placing a Cuddeback in the spread, the camera is motion-activated so it starts capturing images and video as soon as the turkeys appear. Perfect! No need to worry about dead cameras, turning it on or off, or hitting the record button. The Cuddeback doesn’t scare the turkeys at all, and I usually place it slightly lower than I would when setting it up for deer. I prefer to program my Cuddeback up so it takes one photo, followed by one 30-second video.

I’m a firm believer in getting the most out of your equipment, so why not take full advantage of everything your camera can do? This spring, put your scouting cam to good use on turkeys.

Check out the video below to learn how to film spring turkey hunts with scouting cameras.