As I write this column, the 2017 HUK Bassmaster Elite Series Tournament on the St. Lawrence River is just a few days away, and it’s got me thinking about a lot of different things. First, is that I won the last tournament held there back in 2015, and you always have to consider whether or not it’s smart to focus on the same thing you did before.

Tournament headquarters is in Waddington, New York, which is about 80 miles downstream from Lake Ontario, and about 40 miles upstream from the lock-and-dam. In 2015 I surprised a lot of people, in some ways myself included, by going upstream and targeting shallower fish. I knew most of the anglers would be headed toward the lake and deeper water, and I kind of decided to stay away from the crowds and search for less-pressured fish.

It turned out to be the right thing to do for me then, but the question is: should I do it again? Right now, I’m guessing that the downstream areas will attract more attention, simply because the last event was won there, so my first thought is to do the opposite again and head toward the lake. But that’s what practice days are for; I’ll know more when I get on the water.

Another huge factor is that the St. Lawrence is at a 100-year high due to the heavy amount of rainfall in the Midwest and Northeast this year. All the Great Lakes are up, and the St. Lawrence is their only outflow, which means all the competitors will be dealing with strong currents. At this point, it also means I have to think about battery life. It could turn into a big issue if the flow is so heavy you have kick the electric motor to 10 and “stand on” it the whole time you’re on a current break or grassbed. 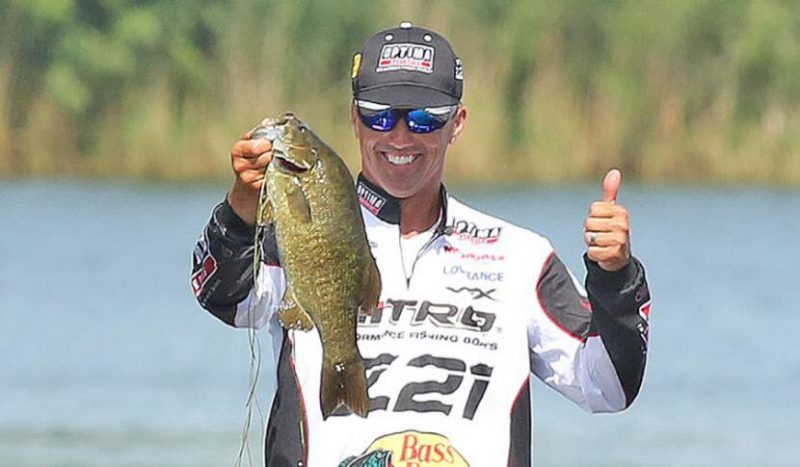 Finally, high water levels have also caused the state to order a no-wake zone out to 600 feet from shore — in order to protect the shoreline from erosion damage. Top speed in that zone is 5 mph, so it’s going to play a part in any decision that involves making a move. Obviously, if it’s a long jump, you’ll head to the middle of the river and drop the throttle. But if your next spot is just a short distance up the shoreline, it might be better just to idle to it.

Again, this is something I’ll have to decide on-the-spot each time, but I have to think about it now. By the time you read this, I’ll have at least a few hours, maybe even a day or two, of practice under my belt — and hopefully have a lot of these things nailed down.

With a little luck, they’ll work out for me as well as they did 2 years ago. Hopefully my next column will detail another victory!