Extremes in weather, water temperature, boat traffic and fishing pressure can all put bass in a funk. When that happens, getting them to bite is sort of like trying to get a stubborn toddler to open wide for a spoonful of garden pea puree. You must finesse, coax and cajole them a little.

Fortunately, bass anglers have plenty of options, and though using a finesse approach on finicky largemouths and smallmouths isn’t new, recent advancements in tackle and gear, as well as the development of second-generation techniques, have helped fortify their arsenal.

The simple jigworm — a subtle soft plastic rigged with an exposed hook point on a light mushroom head jig  (below) — is arguably the oldest and least complicated, but certainly a highly versatile, finesse rig. With a 1/16- to 1/8-ounce head, it can be fished around docks and shallow, sparse cover, or along deeper points and rock piles with a 1/4-ounce head.

The key to both is rigging the mushroom head with an understated soft plastic, such as a 4-inch Berkley® PowerBait® Rib Worm, or small straight-tail. Across the country, anglers have turned thousands of otherwise uncooperative bass into biters by simply dragging, shaking or deadsticking the combo.

Over time, innovative bass fishermen took the jigworm to new levels, one being the popular shaky head rig, with its weedless Texas-rigged component. The most recent development, however, came from a group of savvy anglers from Kansas. The Ned Rig features a short, fat soft plastic bait that virtually has no action of its own, and yet has proven itself over and over again on deep bass in the dead of summer, as well as fish lock-jawed by cold, murky water.

Start with a 1/16- to 1/8-ounce a mushroom-style jig head and thread on, hook point exposed, half — or thereabouts — of a soft stickbait. That’s it! The lure has no built-in action, and other than twitching the slack like he would a shaky head, the angler imparts very little. So, opting for a hyper-scented lure such as a Berkley PowerBait MaxScent The General (below) is a wise move. The cloud of super-charged scent and flavor it pours into the water just adds to the rig’s subtle powers of seduction.

Like the original jigworm, the Ned Rig is best fished on 6- to 8-pound fluorocarbon line in clear water; if it’s stained, an equally thin braid, like Berkley FireLine® Ultra 8, with a tough mono or fluoro leader is a good choice. Drag and shake, or drag and deadstick, the rig anytime bass in sparse or scattered cover are reluctant to bite.

Strikes can be as subtle as the rig itself, so watch the line and stay ready. When it comes, refrain from setting the hook on slack line. Instead, reel down and make a quick lift to keep from snapping the light line. Then, it’s game on! Which leads into selecting the right rod-and-reel combo.

It has to allow the angler to activate the lure, make a proper hookset and successfully fight a fish on light line. The optimum setup is a medium-power spinning rig in the 7-foot range. Going an inch or two longer or shorter is a personal preference, but Abu Garcia’s Ike Signature Series (IKES70-5) is a good all-around finesse stick.

As Bassmaster Classic Champion and rod designer Mike Iaconelli explains, “the blank is 70 percent butt and 30 percent tip,” which provides the qualities needed for a wide range of finesse applications. Paired with a Revo S spinning reel, that offers a generous amount of line capacity and a smooth 11-pound drag system, it handles the Ned Rig, shaky head and drop-shot rig equally well.

The drop-shot rig may have been bred and born in Japan, where anglers developed it to probe deep rocks without getting hung. But it came of age in the bass-rich waters of the South and Southeast, where fishermen expanded it from strictly a vertical presentation to a cast-and-search rig. They also demanded a slew of new soft plastics and hooks that better suited their needs. 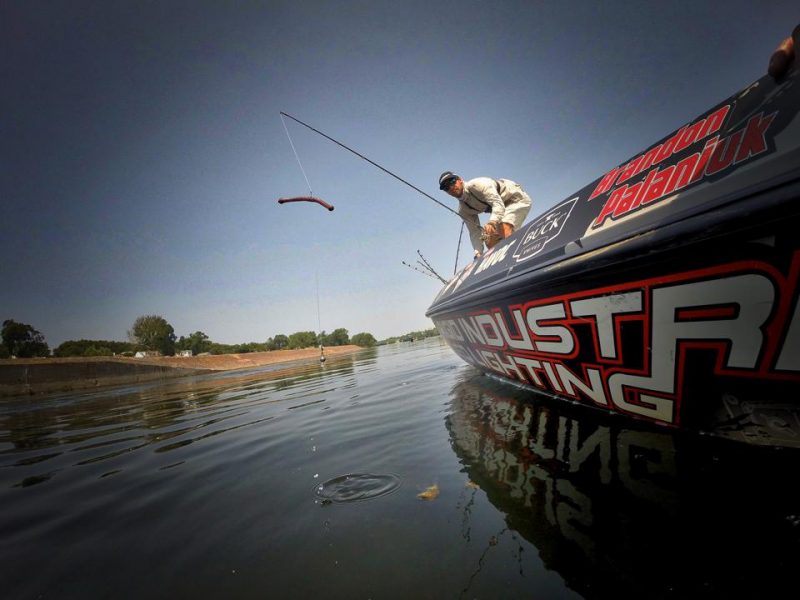 With a weight, commonly spherical or cylindrical, at the tag end and a hook tied in 14 to 18 inches above, the drop-shot is a pretty simple rig that’s also a deadly finesse tactic. Dragged over a grassy flat or down a tapering point, or dropped to fish holding on deep structure, the rig is designed to keep the lure above the cover and visible to fish.

All the while, the angler strives to impart enough action with the rodtip to shake the bait without lifting the weight off bottom. The result is a slow, but decidedly exciting presentation. To better achieve this, some anglers prefer even more “give” in the tip and opt for a medium-light power stick, such as the 6-foot, 10-inch version (IKES610-4) of the Ike Signature Series rods.

Along with specialized rods, tackle manufacturers also designed hooks specifically for drop-shot fishing. Where simple straight-shanks and octopus-style barbs were once the only options, anglers can now fish specialized hooks, like Berkley’s Fusion19™, that’s designed to keep the bait riding horizontally and features an exceptionally slick coating that allows the point to glide into tough jaw tissue — a major advantage when fishing 8-pound fluoro or braid on a finesse rod. 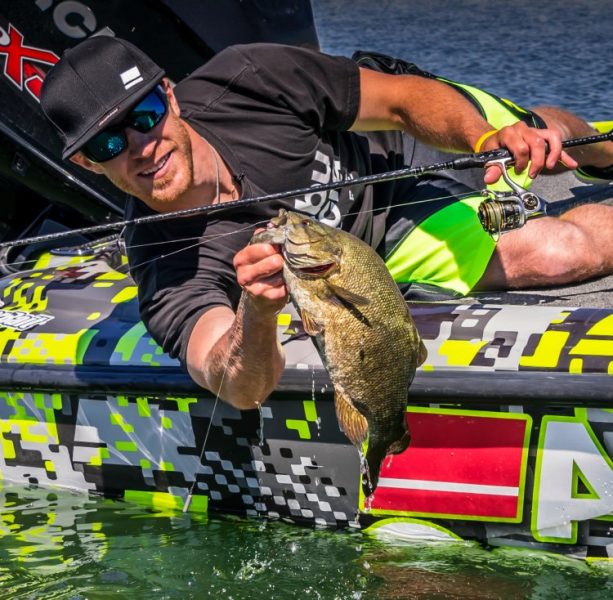 By far, however, the greatest innovation has come in the type and style of baits available to drop-shot anglers. Improvements began soon after the first drop-shot hit the water, and the trend continues today.

Take the new line of Berkley PowerBait MaxScent softbaits. As mentioned earlier, they’re formulated to produce what the company calls a “super-charged scent field” of enhanced PowerBait scent. But equally important is that they have an uncanny natural action in the water, and due to the lure’s great flavor, fish won’t let go after striking.

The Berkley PowerBait MaxScent D-Worm, Hit Worm and Flatnose Minnow are made from a second-generation soft plastic that’s supple, and releases a cloud of scent. When pinned to a drop-shot hook and given the slightest shake, they look so lively it’s impossible to imagine any bass could resist, whatever its mood.

If it’s been a while since you’ve travelled the finesse road, take our advice and try a jigworm, drop-shot or Ned Rig, and adopt some of the new bait technology. It might save an otherwise pitiful day on the water.

This article was produced in cooperation with Pure Fishing