Few western hunters ever leave the truck without packing good optics. Whitetail hunters, on the other hand, don’t often categorize binoculars as a necessary tool when they climb into their treestand or ground blind.

According to Trevon Stoltzfus (photo above), host of Outback Outdoors, that is a mistake. “I have spent most of my life hunting in the West, so I always have binoculars with me when I hunt,” he said. “In the last few years, I’ve started hunting whitetails more, and I hunt them some in the Midwest. The first thing I do when I arrive in deer camp is get out my glass.”

Many whitetail hunters consider glassing a waste of time. Stoltzfus, on the other hand, considers glassing a time saver. “Often the first thing I do when I get to a new area is put up an observation stand and spend an entire day glassing for deer. I bring my bow with me, but I’m not really hunting. I’m high in a tree on the edge of a field, or in the middle of a field, glassing the field edges for deer.”

If Stoltzfus was on foot, finding travel routes and feeding areas would be more difficult, but with the aid of optics, he can cover a lot of ground in a short time. “While sitting in an observation stand, I can quickly determine how deer are using the lay of the land, and figure out where I want to put a stand. I usually spend an entire day glassing, and in that one day, I learn much more than if I was on foot. Over the years, many of my most productive stand locations have been found by observing the area from a distance during hunting season.”

One reason Stoltzfus loves observation stands is because the area isn’t messed up by leaving human odor behind. “By glassing from a stand, I can figure out the deer without them knowing I’m in the area. If I were to scout on foot, I would leave all kinds of human odor behind, and potentially spook the bucks in the area.”

Over the years, Stoltzfus has figured out travel corridors that bucks use every year, but sometimes things don’t go as planned and he’s forced to change things up. “Weather can greatly affect the whitetail rut, and all of a sudden, bucks aren’t traveling the same routes they did in previous years. Sometimes we have a warm October and November, and the normal routine gets turned upside down. When this happens, I pull out my binoculars and try to determine the new normal. I try to figure out where the bucks are bedding and traveling. I do all of this during the hunting season, scouting from a treestand.”

Stoltzfus even brings a tripod into his treestand. “The Outdoorsmans tripod is lightweight and easy to use, so when I know I’ll be glassing for long periods of time from a treestand, I bring my tripod. It keeps my binoculars steady so I don’t get headaches or eye strain. When the hunting is slow, glassing for hours can help pass the time, and it helps me stay positive. Whitetail hunters who don’t spend much time glassing should consider doing it more often.”

Stoltzfus isn’t the only hunter that recognizes the value of glassing for whitetails. Ben Royce (photo below) from Wisconsin has killed many bucks over the years by spending hour after hour behind his Vortex binoculars. “I spend a lot of time bowhunting in Illinois, and I’ve found that glassing fields and crop rows is a great way to locate bucks and figure out their travel patterns. Without glassing, I wouldn’t have killed as many mature bucks.” 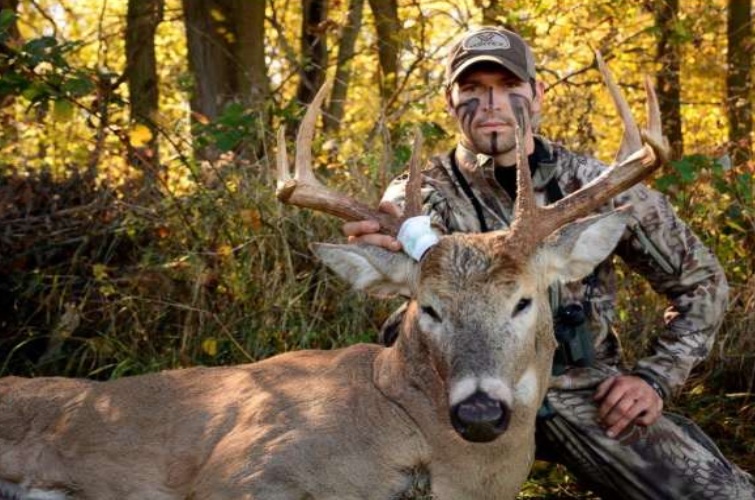 Sometimes hunters consider glassing a waste of time when the truth is glassing can save you time by helping you locate game faster. The next time you go hunting or scouting, take a hint from Stoltzfus and Royce — don’t leave home without top-notch binoculars and a lightweight tripod. 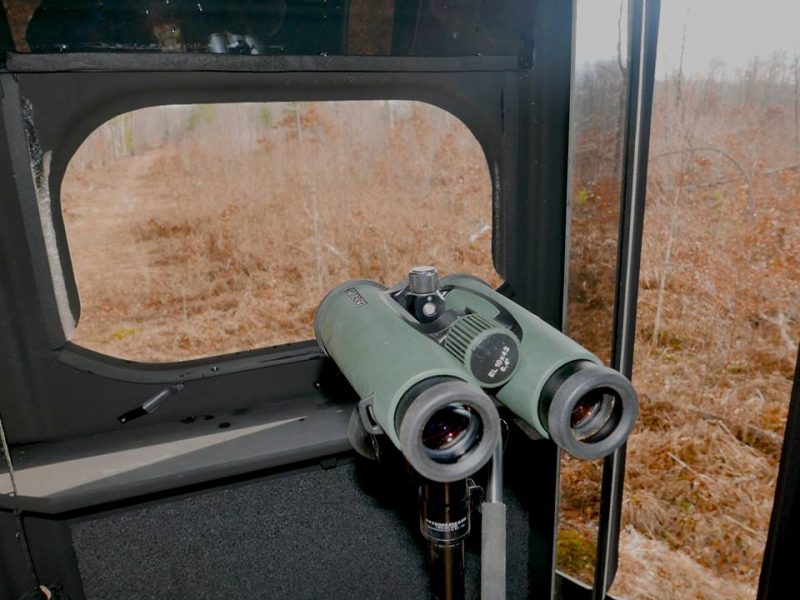