If you’re looking for a new sound to fool and possibly soothe an educated coyote, try including bird chatter into your setups. It’s not as birdbrained as you might think. Choosing the right bird to offer solace to a paranoid coyote that has heard one too many squalling rabbits requires a quick lesson in Animal Behavior 101.

The bird world includes a collection of airborne scavengers. These birds scour the countryside from coast to coast looking for leftovers to scavenge in the form of meat, grains, mast and other edibles. In short, they act a lot like flying coyotes, and thus the two have formed an unusual relationship.

Aerial scavengers oftentimes show up with coyotes to take advantage of leftovers. There’s little doubt coyotes tune in to the sounds of these flying surveillance systems to monitor safety as they approach enticing sounds, and smells. The presence of birds can boost the confidence of a nearby coyote leery of any situation. They, too, know that birds are often the first to detect danger aided by a lofty view. And just like aerial scavengers following coyotes for a meal, coyotes may react to the clatter of distant scavengers and move in that direction, thinking about joining a tailgate party in progress.

Crows top the list of the most widespread of the scavenger crowd. They seldom miss a free meal and cover the country forming a foraging relationship with coyotes everywhere. Crows aren’t the only feathered fan of coyotes, but it is one of the easier calls to find in sporting goods store aisles and on your electronic caller. You can also purchase crow decoys and add one or two for visual confidence. For variety and to mimic regional favorites, you can also consider adding in the sounds of ravens, black-billed magpies, jays and even some songbirds that trail coyotes. Members from these groups also arrive at kill sites and may squawk alarms if a coyote arrives, or if they spy you.

Because of their preponderance in my backyard, I rely on crow calls and the sounds of magpies often while calling coyotes. I ramp up their inclusion later in the winter as coyotes feel hunting pressure. On easy-access public lands I’ll often forgo the use of prey-in-distress calls and start out with a coyote lone howl, or sound like a pair vocalizing their presence. After 5 minutes or so, I’ll add in feathered scavenger sounds. Be ready. More than likely your sounds will attract the exact birds you are mimicking, and they have Nikon-quality vision. Any wrong moves could make them scatter and alert an incoming coyote.

Last winter I used this exact routine, and 40 minutes into the stand I spied a curious coyote peeking over the sagebrush, trying to spot the talkative coyotes. I had used magpie chatter and had lured in five or six of the Western icons. My bird chatter combined with the real birds caused that coyote to stand and stare 30 seconds too long.

Mixing up your sounds and adding birds into the mix isn’t such a birdbrained idea after all. 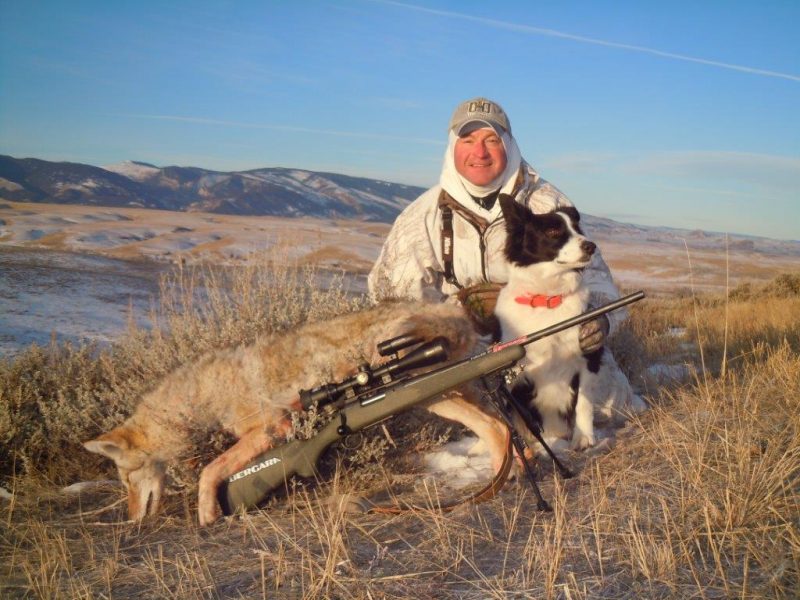 Photo above: This coyote’s curiosity was too much for it as it searched for other coyotes amongst the squawking of magpies. The author used a Bergara B-14 rifle topped with a Nikon Monarch riflescope and Hornady Superformance ammunition to end a successful setup.