In my last post, I discussed a step by step approach to adding skills to your defensive ability with a handgun. But there is more than the previously discussed skill sets of drawing your pistol, efficient reloads, malfunction clearances, and alternate shooting positions. All the while it is agreed that solid shooting fundamentals (stance, grip, sight alignment, sight picture, breathing, trigger control, and follow through) are the building blocks of good shooting.

Moving along progressively let’s take a look at pistol skills that you can fine tune and should add to your training regimen.

Although I did make mention of this skill previously, it demands additional attention. Under the high stress of a life threatening encounter it is not uncommon to instinctively shoot with one hand, most commonly your dominant hand. There is plenty of evidence from lapel or dash cam video of law enforcement shootings to prove this is so. In most of these instances the threat was immediate and very close and the officer responded under high duress with one-handed shooting. Moral to the story:  it is a common technique practiced by most law enforcement. You should practice it enough that you become proficient and comfortable with it.

We make shooting one- handed a part of pistol skills training even at the beginner level, both right and left hand only regardless of which is dominant. Either of your hands could be injured in a life-threatening attack and you may have to revert to the use of the opposite hand. 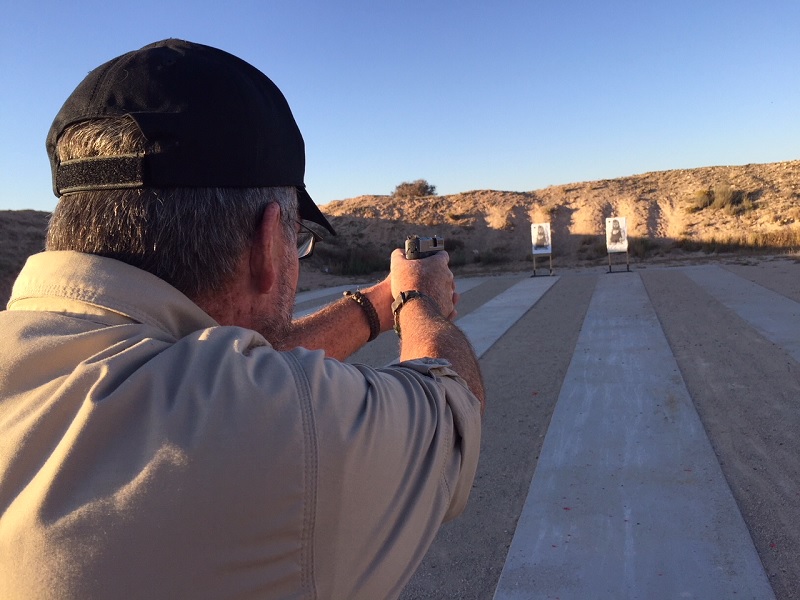 It’s been said that under the duress of having to actually shoot at another person who is trying to kill you, the percentage of hits will decrease, in some cases by as much as 30 or 40 percent. Old FBI statistics support this legend as truth. Even at close distances of three to five yards it is possible to completely miss an intended target, especially under stress. Once basic shooting fundamentals have been well established, you should work on accuracy drills from five to 25 yards at minimum. Move beyond the 25 yard line (30 to 50 yards and beyond) once you have established consistent hits at closer ranges. Imagine how simple it will be to make hits at the seven, ten, and 15 yard line when you can easily make hits at 25 to 50 yard distances.

There is an old saying, “speed is fine, but accuracy is final.” I agree, but have no misconception that your training and ability should include both speed and accuracy especially within the 10 yard line and closer. Approximately 95% of all deadly force confrontations occur at seven yards or less. This means you need to up your ability to make fast and accurate hits within those distances. Kyle Defoor demonstrates a great drill that will help you develop a faster pace with your defensive pistol shooting.

As you work on the above training don’t forget to incorporate those alternate shooting positions discussed in the previous post. Your drills should include kneeling positions, shooting around a barricade (simulated wall, tree or other cover), and utilizing movement. A good way to begin movement is a simple step to the right or left while drawing your pistol to add an element of realism and tactics to your pistol training.

The next post will identify additional skill sets to add to your defensive pistol training. These are intended for use as a series to move your skills up the scale as you make good training habits your own.