How to Survive a Bear Attack: Tips on Using Bear Spray

How to Survive a Bear Attack: Tips on Using Bear Spray

Any time you’re hiking or camping in an area known to be populated by bears, the best strategy to avoid an unpleasant encounter is to stay alert, travel in groups, make a lot of noise and carry bear spray. It’s also a good idea to be on the lookout for bear activity, such as overturned rocks and logs, visible tracks, scat, or bear dens.

Most of the times, bears go out of their way to avoid people, and the vast majority of bear encounters and attacks happen because they were protecting their cubs – or you just managed to really surprise them.

Your first line of defense is visibility. Make sure the bears know you’re there. It may sound silly, but bear bells do work.

Aggressive confrontations with bears are rare, but in that event, your best defense is bear spray. In fact, a report by the U.S. Fish and Wildlife Services states that bear spray is more effective than bullets in stopping or diverting a charging bear.

What Does Bear Spray Do to the Bear?

Bear pepper spray works by shooting bursts of atomized capsaicin, which is a derivative from red peppers, for up to 8 meters. The capsaicin causes the membranes of the bear’s lungs, nose, and eyes to swell, making them temporarily lose their breathing and sight, leaving you time to recede and leave the area.

This may seem simple, but there is more to bear pepper spray than meets the eye. Therefore, if you’re going to be heading to bear country, read on for the following safety tips on how to properly use bear spray.

Yes, but you need to know that not all bear pepper sprays are created equal. The best sprays are a combination of a quality can, a well-engineered nozzle, and an atomized propellant, so look for something that has all three.

You may come across bear sprays that claim to contain more capsaicin or be a hotter pepper spray, but they could be less capable of producing a suitably effective cloud as the spray is thicker. Keep these things in mind to ensure you’re purchasing the most effective bear spray. 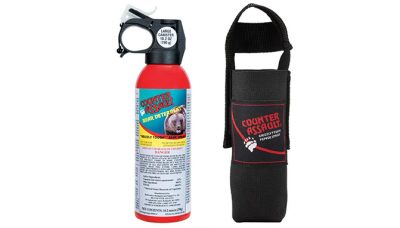 Check that the bear spray is EPA registered

While there are loads of bear sprays available on the market, you can’t be sure of their efficacy unless they have been EPA registered (Environmental Protection Agency). Your chosen spray should have between 1% – 2% capsaicin. Counter Assault Bear Spray meets every EPA standard and has the maximum allowable capsaicin at 2%. Better still, it’s effective out to 40 feet.

Spray duration should be around 5 seconds

The spray distance can be reduced when the temperature is below 40˚F, or it might not even work at all. Therefore, keep your bear spray inside your tent and at body temperature, and never store it outside or in your car. And whenever you’re hiking during colder weather, keep it under your jacket, so it retains some heat.

To effectively deploy the spray, you need timing and patience. When you encounter a threatening bear that is not charging but still staring, start slowly backing away while deploying short bursts towards the bear, which should be enough to get the bear to back away. 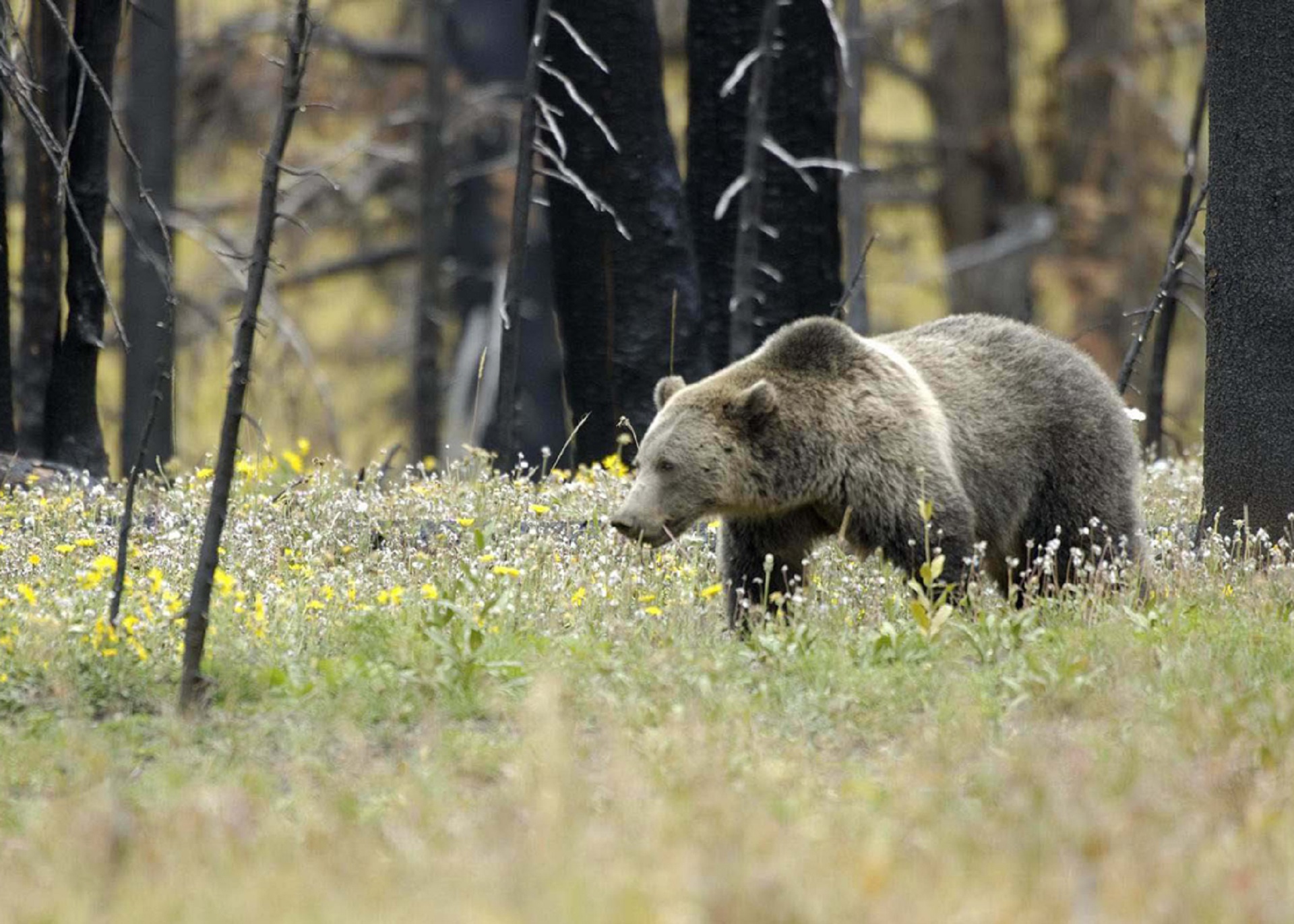 If the bear starts charging at you, then press the trigger and spray, aiming towards the eyes and face of the bear, creating a protective cloud between you and the bear. In the unlikely event that you are less than 15 feet away from a threatening or charging bear, you need to spray directly into its face, which lessens the severity and length of the attack, improving your chances of surviving the bear attack.

Is It Legal to Carry Bear Spray?

That’s a great question and one you’ll need to figure out for yourself. You’ll need to check with the state or province you’re in. If you’re in a U.S. National Park. most of the time it is perfectly legal, but you really need to check the individual park’s regulations. Some do now allow it, even when they are located in prime bear territory.

Can Bear Spray Be Used on Humans?

That is a question often asked. The simple answer is, yes, but it won’t be as effective as you’d think. The concentration of capsaicin is not the same, as it is often much higher in pepper spray for self defense, along with other elements to help put an attacker on the ground.

Have fun and enjoy the outdoors, and with any luck, you may witness these amazing creatures in their natural environment. Just be sure to always have your bear spray!