Walking the aisles of the ginormous Archery Trade Association (ATA) Show each year in January, it can be a bit overwhelming when a person considers just how big the business of bowhunting has become. Hundreds of booths offer glimpses into the dreams of small start-ups and the efforts of established companies to stay one step ahead of their competition.

And every year this event shows me many “Aha!” moments, when I see a new product that makes me wonder, “Why hasn’t someone thought of that before?” So it’s hard to pick out a few that really have the WOW factor, but the five innovations I’ve chosen here are sure to have an impact on the future of hunting.

Thermal Imaging for Your Phone

Thermal Imaging has many applications in hunting, but it has been out of reach for most hunters because of the price. Thermal imaging scopes and monoculars have price tags in the thousands not hundreds, but the technology is becoming more affordable. That affordability took a big step with the introduction of thermal imaging cameras that attach to your smartphone (photo above). Using the free app, you can view heat signatures of anything around you using these mini cameras that are priced between $249 and $499. Two companies, FLIR and SEEK, are offering this technology.

The usefulness of these items is a list that keeps growing as new users keep trying new things. Take up the blood trail of an animal, and as long as the blood is still warmer than the surroundings, it will show a remarkably visible glow. If you are in the area of a downed animal, even several hours after its death, its heat signature will easily register on the thermal image on your phone. One hunter told me that he was sitting in his stand in the pre-dawn darkness when he heard something slowly approaching from behind. Was it a squirrel, fox or a deer? Nope, his thermal image camera showed him that it was another hunter!

For those of us who love our late-season hunting and the predictable patterns of deer movement we see during harsh weather, keeping our feet warm has long been an aching problem. Many have tried to solve this issue with heated socks, chemical warmers, and bulky stuffed boot covers. Until now those things have been marginally effective. Arctic Shield, the clothing company that uses space technology by putting heat reflective panels in their clothing, now offers the most effective boot insulators you have ever seen. 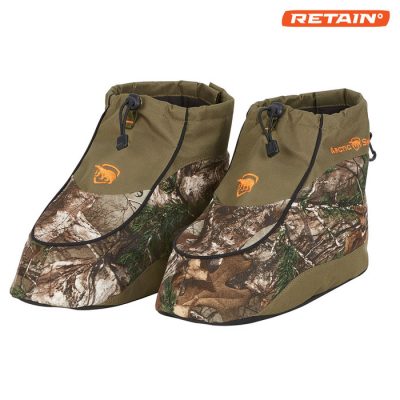 Because they are lined with their “Retain” heat retention technology panels rather than bulky stuffing, they are small and packable. And their ability to retain heat by reflecting it back to your feet rather than trying to insulate it from the cold is so remarkable you really have to experience it to believe it. Check out this video below:

Here’s an idea that’s long overdue. Not surprising that Hawk Hunting is the company that came up with it; they have become known for their innovative new introductions each year. Rather than hang a new treestand with brackets and straps each time you want to move your set, why not just have a simple bracket that will accommodate all your stands? That’s what this bracket does. You can install the simple tree bracket with its ratchet strap on any tree, then simply drop the stand into the bracket, tighten up the ratchet strap and you’re done. Want to move to another tree because of the shifting wind currents? You can now do it in half the time. Order extra brackets so you can move your stands around from tree to tree. 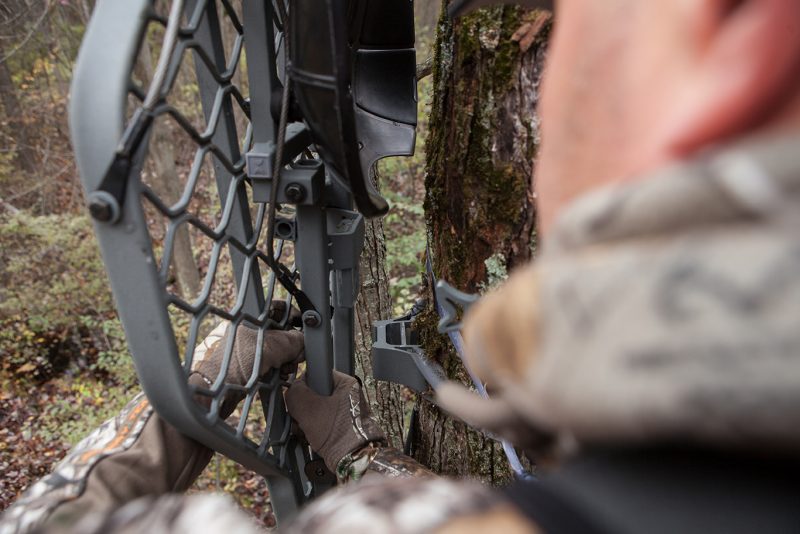 This system is much safer than struggling to fasten a stand’s straps around a large tree, an important consideration for those hunters who move around a lot in their hunting style. For 2017, Each of Hawk’s stands offers the option of installing the tree bracket hardware or using the existing style fasteners.

Trail cameras have always had one major flaw for the guy who really likes to see high-quality photos. Cameras that use a good lens and sensor for taking sharp images during the daytime must use a white flash to get good nighttime photos, but when using infrared (IR) or black flash (BF), the night photos are poor. And if a camera offers a lens and sensor optimized for IR and BF photos, the quality of the daytime images is poorer. 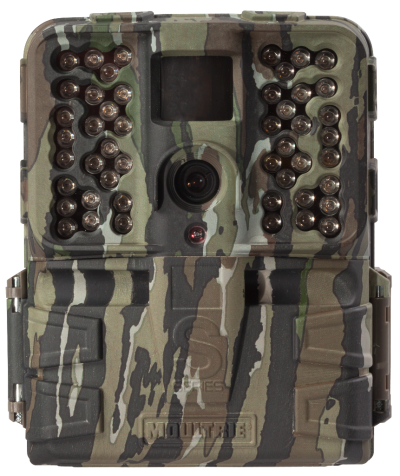 Two companies, Moultrie and Wildgame Innovations, have introduced scouting cameras that offer both high-quality daytime and nighttime photos by doing something revolutionary. They have two built-in lenses and sensors – basically two cameras in one. One of them is optimized for taking great images with a flash, and the other is optimized for taking great images during the day. If the light meter calls for a flash, the camera takes a photo with one, and if the amount of light permits a photo without a flash, it uses the other. Now you get much better photos than ever, day or night. Plus, these cameras are completely silent. And remarkably, adding another lens and sensor doesn’t add that much to the price. The Moultrie S-50i (above) retails for $199, and the Wildgame Silent Crush 20 (below) is $159. 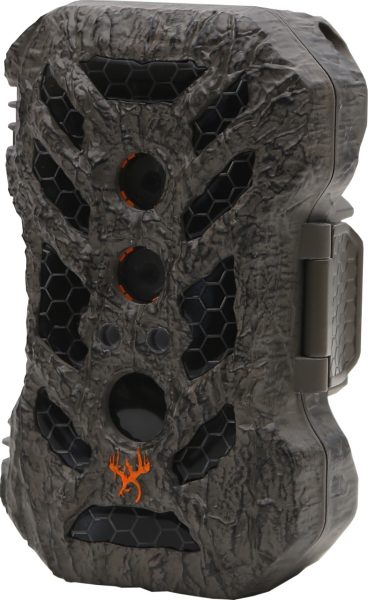 Ozone has been proven very effective at killing odor, and several products have been introduced to the hunting market that take advantage of this. Scent Crusher took it a step farther this year with the introduction of a boot dryer that incorporates ozone rather than just forced warm air to not only dry your boots and equipment, but also kill the stink. 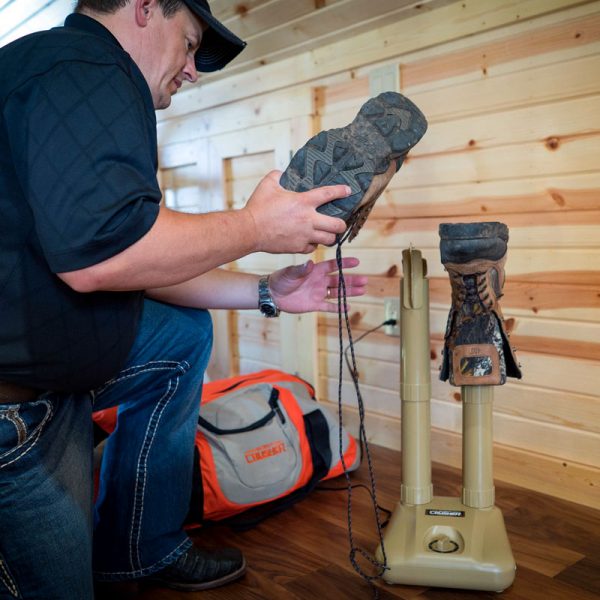 The unit will dry your boots, gloves, hats, even your backpack, while killing all odor at the same time. That’s not only good for hunting, but it will be well received by those who have to live with the hunter who spends hours with sweaty feet in his boots. A great idea.