Editor’s note: Since age 18, Tony Capecchi has produced media for national television, magazine and radio outlets such as NBC, CBS, ESPN2 and The History Channel. OutdoorHub is proud to announce Capecchi will be writing a Guide Spotlight series throughout 2017 showcasing the best guides he’s encountered in his world travels.

A 400-plus pound croc is glaring at me 15 feet away with its razor sharp teeth on display. A cunning predator, the crocodile has the strongest jaws on the planet with a biting force of 5,000 pounds per inch.

“Crocs can jump through the air faster than you can blink,” said my guide, Jim Willcox (photo above), of Ultimate Keys Fishing. 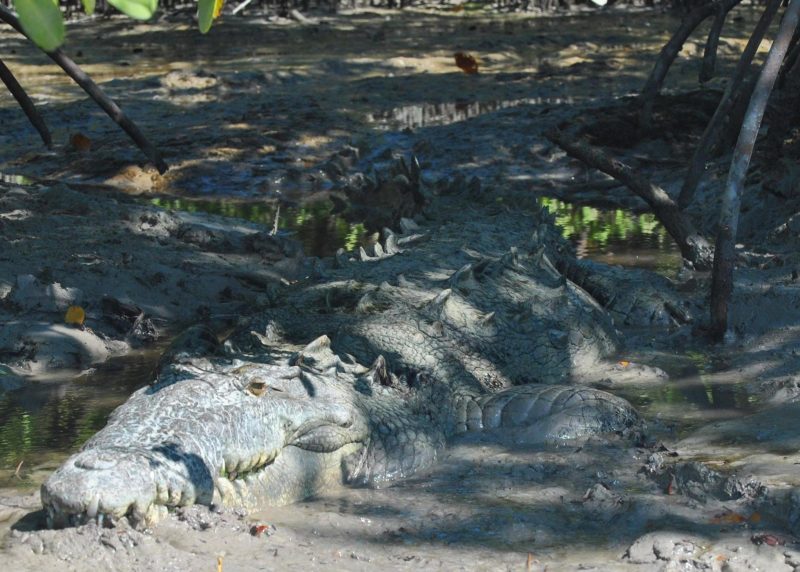 I’m in the midst of the 2-million acre maze known as the Florida Everglades as Willcox whispers these comforting words. It feels as though I am in the Amazon, or maybe on the Nile River, fishing in a foreign world where crocodiles are kings – they have been known to attack great white sharks – and every cast holds the promise of catching something bizarre.

Indeed, some 300 fish species reside in the Everglades, surrounded by more than 350 varieties of birds and 1,000 plant species. I had already caught five new species of fish before we came face-to-face with the croc. If we’re not careful, we’ll wind up spending the night with him.

Willcox’s 150-horsepower Yamaha propels his 18-foot Action Craft on plane so he can fly through water just 12 inches deep, but the narrow channel that held water when we initially motored through recedes into a mud bank by the end of low tide.

“There’s no cell phone reception here,” Willcox says. “People get stuck and you’re not going anywhere until the next day.”

Unfortunately, some don’t make it out at all. “He died this spring,” Willcox says, nodding to a memorial photo pinned to a mangrove tree along the channel. “Lost control of his boat. They found his boat way up in the mangrove trees with the motor still running 90 minutes after the crash.” 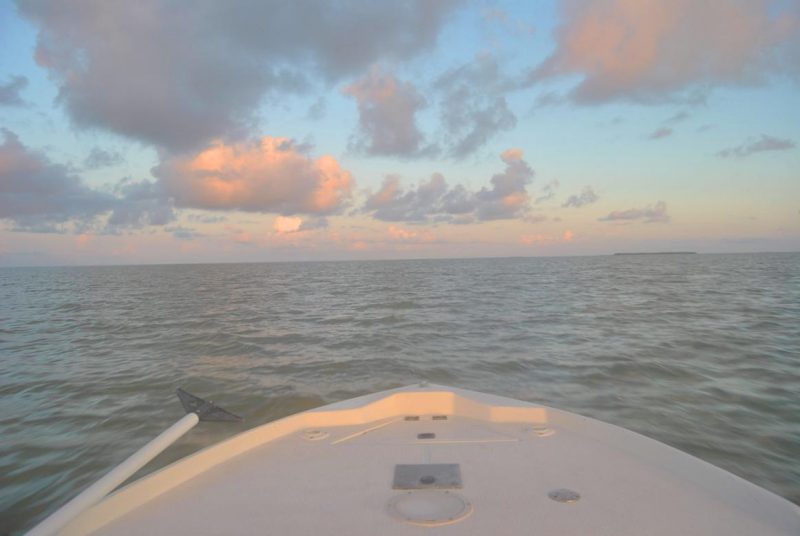 If ever there was a time and a place to take advantage of a guide’s expertise, this might be it. We departed from Islamorada’s Bud N’ Mary’s marina before sunrise, ran 30 miles across the Atlantic, then cut through the Gulf of Mexico before weaving our way into the bowels of the Everglades.

And, if ever there was a person born to be a fishing guide, Willcox is him. Born in Philadelphia as an Eagles fan, Willcox first came to the Keys as a young boy with his father. After visiting Islamorada – home to more International Game Fish Association world-record catches than anywhere on the planet – for 20 years, he followed his heart and became a backcountry guide.

“I could never do a corporate job and work for some stiff in a suit,” said Willcox, now in his 19th year operating his Ultimate Keys Fishing guide service. “I report to the Everglades now.”

With the Everglades as his employer, Willcox gets a daily dose of surprises and adventures. The other day, he caught a crazy-looking fish he didn’t know the name of – research revealed it was a smooth puffer rabbitfish, which originate in Mexico and possess razor-sharp teeth capable of cutting through hooks and leaders.

“It looked like a big bonefish until we got it in the boat, then it puffed out,” Willcox said, “I had never seen one before, but every day you see something cool from Mother Nature.”

Willcox and his clients have seen 150-pound bull sharks and lemon sharks in 8 inches of water. The Everglades’ crocodile population has not only increased, it’s also become bolder.

“Some of the crocodiles actually come to the boat. I’ve seen them swimming in the other direction, spot us, and turn around and come over from 100 feet away,” said Willcox, noting that area experts believe the Nile River crocodile gene is interspersed in local crocs. “They’re eating our fish now. When a croc eats it, he just sits there and eats in front of you – it’s not like a shark eating your fish where it bites you off and it’s gone.”

The influx of predators has pushed fish further into the bowels of the Everglades, in even shallower water, according to Willcox. The adventure appeal in chasing these fish is off-the-radar, as clients help Willcox push, paddle and pull the boat through narrow mangrove corridors, ducking under branches along the way. 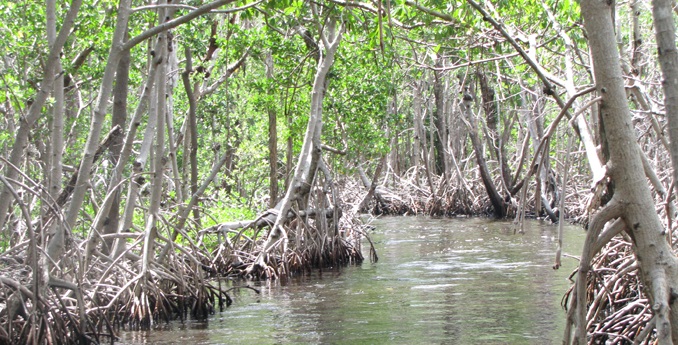 The development has prompted Willcox to offer a new type of guide trip for those wanting arguably the most adventurous day of guided angling found in the continental U.S.: a canoe fishing trip in the deep Everglades.

Willcox’ uncanny ability to follow the fish and adapt to Mother Nature’s conditions has paid off in spades. He has won numerous fishing tournaments, been featured in big-time publications ranging from Field & Stream to The Washington Post, and has starred in television shows on ESPN and The Weather Channel.

I shouldn’t say this, but it’s true, so I will: Of all the guides I’ve fished with all over the planet, Willcox is hands-down the best.

“I fish 9 days a week,” Willcox quips, conservatively putting the estimate at 250 days a year. He’s mastered a 40-mile radius of ocean and Everglade water, and narrates every twist and turn so I can begin to appreciate this powerful environment.

He knows this water like the back of his hand. As soon as we reach our first spot of the day and start pitching jigs to mangrove trees, we begin catching fish. I’ve never before caught a redfish, but 30 seconds into fishing I’m battling one. My excitement grows as I cast back out and just as quickly get another bite, this time to discover another new species for me: a snook.

Not only is the snook another highly coveted species, it’s a significant indicator of the Everglades’ health. Five years ago, a late freeze killed a good portion of the population, but the highly coveted gamefish have come back exceptionally strong.

“Last spring (2016), I left the dock for 6 weeks in a row with no live bait, nothing but a Berkley Jerk Shad, chartreuse and white,” said Willcox, recalling the red-hot snook bite. “You threw plastics up on the beach surrounding the Everglades, and we were catching 20 to 25 snook a day, up to 20 pounds. It was so much fun – a very pro-active way to catch them.”

On our day together, it was easier to keep track of new species I caught for the first time than actually count fish. The action was fast and furious with both quantity and quality fish. Our primary quarry were sheepshead, catfish, more snook and lots of bruiser redfish up to 14 pounds – fish that give a heck of a fight on 15-pound braided line.

We released everything we caught in the Everglades. On our way back to Islamorada, we stopped alongside an Atlantic Ocean reef and caught a dozen and a half snappers, a handful of which we kept for a delicious dinner that evening at “Lazy Days.”

We also saw countless birds ranging from hawks to spoonbills, as well as sea turtles, dolphins, sharks, manatees and that up-close-and-personal crocodile.

In fact, the wildlife and wild scenery amazed me every bit as much as the spectacular fishing on this unique adventure. Where else in the U.S. can you have an experience like this? No wonder Willcox’s clients rave about him.

“Jim can stop his boat in the middle of nowhere, drop in a few lines and pull out dozens of a specific type of fish,” said Matt Waddell, of White Plains, New York, who visits Islamorada annually for guided outings with Willcox. “Then he’ll motor for a while, stop somewhere else, and you start catching dozens of some totally different type of fish.”

Waddell brought his 12-year-old son out fishing with Willcox as a birthday present to the boy. After catching mackerel, blue fish, redfish, snapper, snook and trout, Waddell’s son caught a large shark.

“As a dad, there’s nothing like seeing the pure joy of your 12-year-old reeling in fish after fish and then catching this huge shark,” Waddell recalled. “Those trips are also a chance for me to bond with my sons with no video games, no phones and no TV. We just talk about what’s going on in life, but it’s not heavy or uncomfortable because they’re so excited about the fishing.”

Getting the opportunity to witness that childlike excitement in many of his clients, regardless of their age, is what Willcox loves most about guiding.

“Guiding gives me a chance to spend every day in this wilderness,” he said. “And it’s awesome to introduce people to the Everglades and see them freak out. They get so excited by the entire experience – seeing that is a rush for me.” 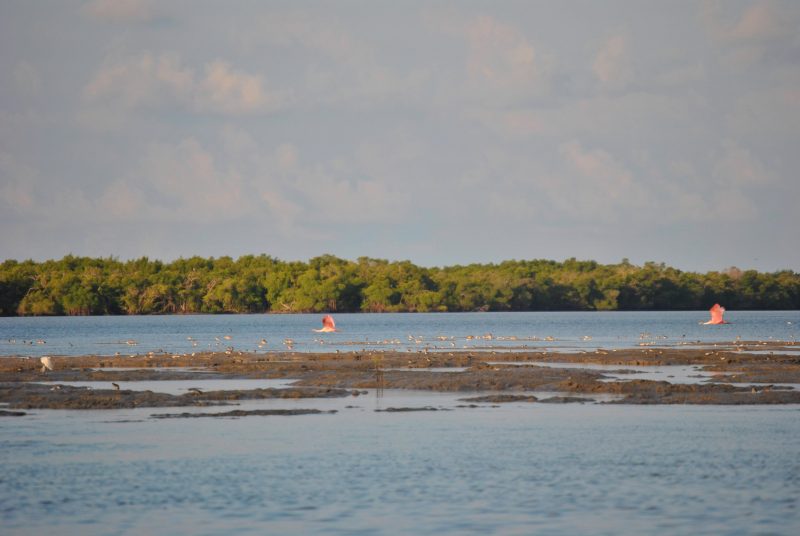