You’ve probably heard it before: “those celebrities aren’t all that different from all of us.” Well, if you take away all the money and put a fishing rod in their hands, that actually is not all that far fetched.

After spending their entire lives in the spotlight, celebrities need a hobby or something that allows them to get some peace and quiet.

With that in mind, we did some digging to find some interesting (and a few shocking) celebrities who find peace and solitude in the outdoors.

Alright, we aren’t really surprised to see Luke living up to his “Hunting, Fishing, and Loving Every Day” motto, but the other celebrities on this list are much more surprising. . .

Now, it might come as a surprise to some to see Rihanna on this list, but it shouldn’t shock anybody that she looks good doing it! The talented songwriter enjoys hitting the water to cast a line every now and then, just like you and me.

Brad Pitt fell in love with fishing when he had to learn the skill for his roll as a fly-fisherman in the film “A River Runs Through It.”

Oprah Winfrey is apparently quite the fly fishing enthusiast.

She picked up a fly fishing rod one day and can’t put it down, we know how that goes. Fish on Oprah!

Former President, Barack Obama found time to hit the river every now and then. If this man found time to tie one on, you certainly can too!

Eric Clapton, also known as “Slowhand,” is one of the greatest musicians of all time. Turns out, he’s just as good with a fly rod in his hands as he is with a guitar! 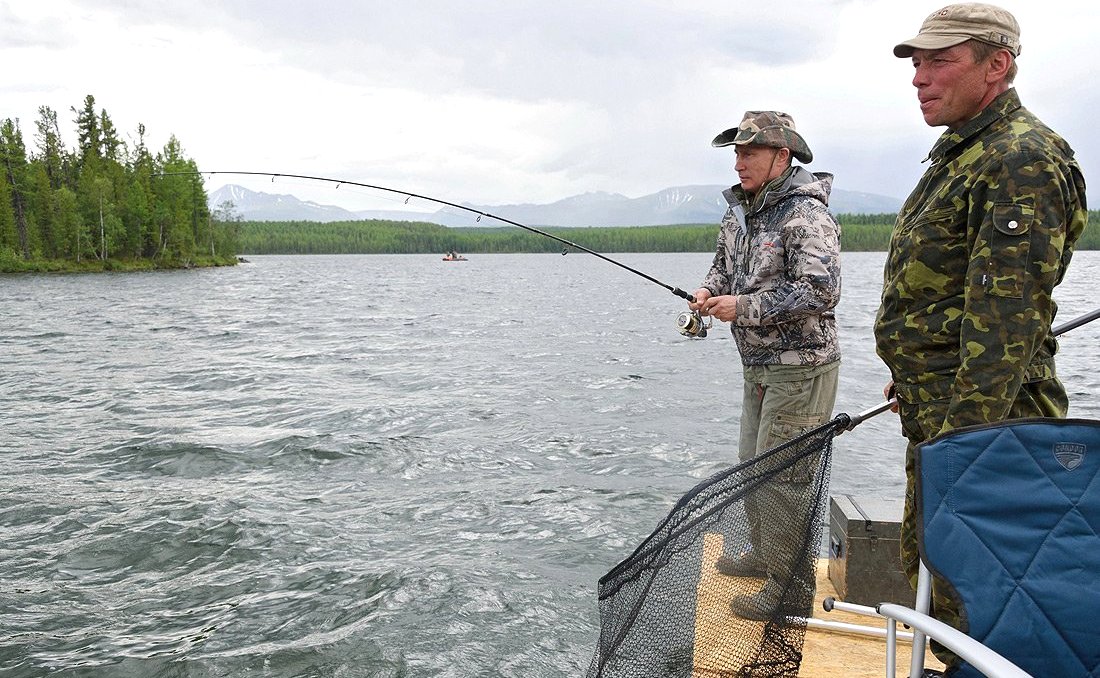 Vladimir Putin is an avid fisherman. In this photo, he’s seen fishing in the Republic of Tyva and Krasnoyarsk Territory.