A deer taken in Tennessee this past season has been accepted by the Boone and Crockett Club with an entry score surpassing the current hunter-taken buck.

“All deer are unique in some form or another,” said Justin Spring, the Club’s director of big game records. “This particular deer is unique on so many levels.”

Hunter, Stephen Tucker using a muzzleloader, took the deer from Sumner County, Tennessee, in 2016. Its official entry score into Boone and Crockett records is 312-0/8. This score surpasses a deer taken from Monroe Country, Iowa, in 2003 that scores 307-5/8, which was the largest hunter taken non-typical whitetail and ranked Number 3 all-time. The World’s Record and Number 2 in the non-typical category were both picked up, or found dead and score 333-7/8 and 328-2/8, respectively.

Tucker’s buck had a total of 47 scorable points which took over 3 hours to measure.

You can view the official scoring sheet here (scroll for video of scoring the buck): 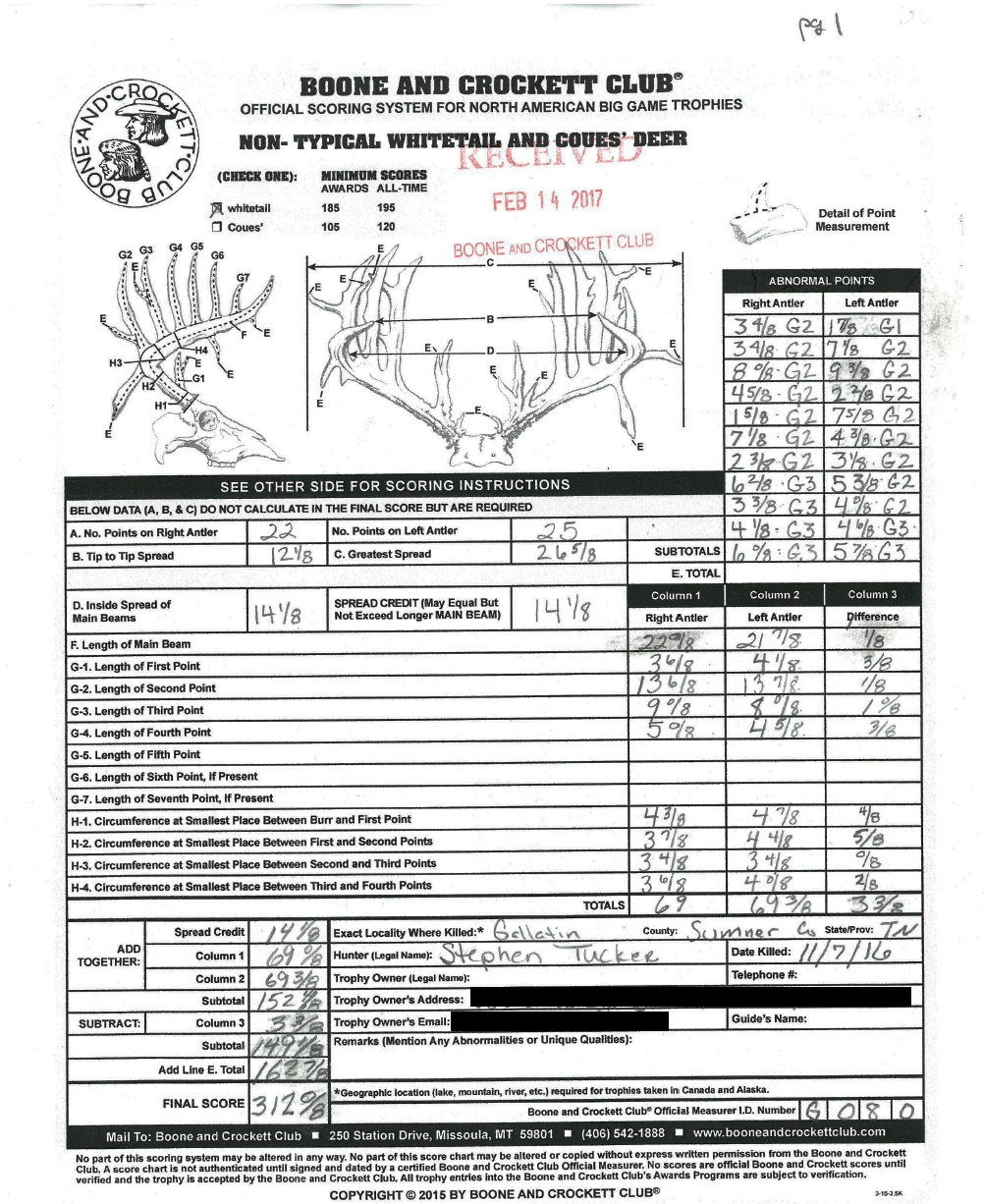 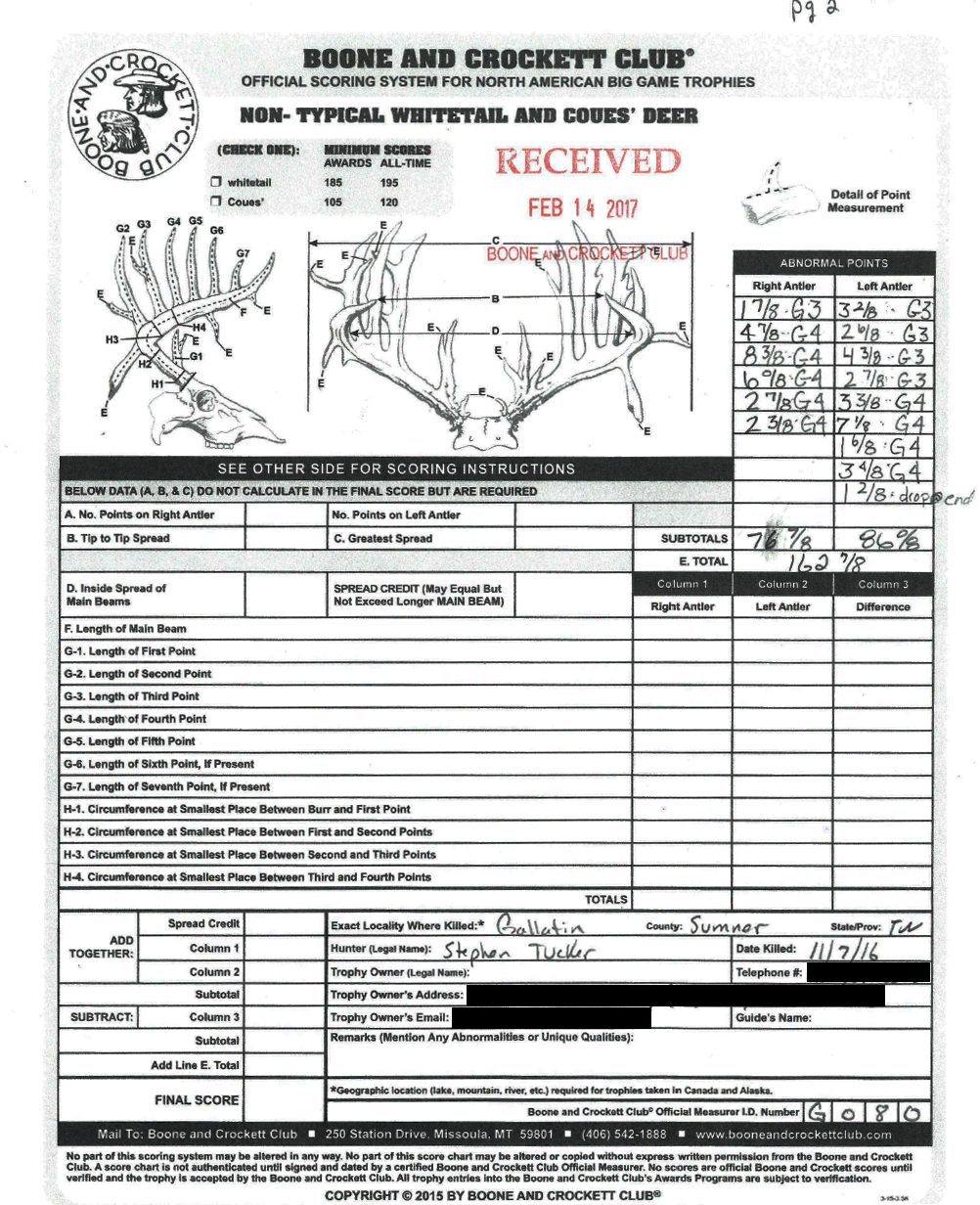