Junie James is not the typical mother of two growing boys. You see, she’s also the host of a popular hunting show called “Leupold’s Just Junie” (see clip below), which details her travels across the country putting food on the table by harvesting everything from whitetails to wild boar. We recently caught up with Junie to find out how she juggles life at home and life on the road.

Dave: Let’s start with the two most important people in your life: Tell us about Hunter and Gauge.

Junie: Hunter and Gauge are my two boys, and you hit the nail on the head as they are most definitely the two most important people in my life! Hunter is 11 and loves football, boxing and of course hunting! Gauge is my youngest; he is 8 and loves baseball and anything outdoors. He’s also very creative and – like me – loves to build things. 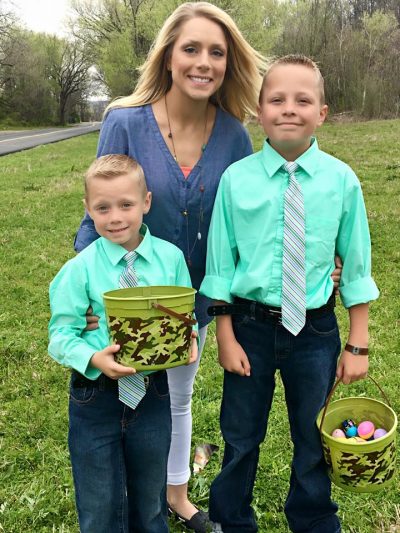 Dave: You’re only 5’2”; in how many years will you have to stand on your tip-toes to look your boys in the eye?

Junie: Ha! That’s a good question. I’m hoping to at least make it through this year. Hunter is already almost as tall as me and can pick me up like a baby. Unfortunately for me, Gauge isn’t too far behind him either. 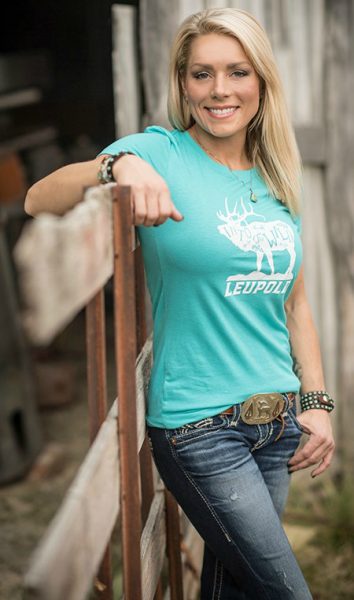 Dave: Give us a quick recap of how you landed in front of the camera on “Just Junie.”

Junie: Well, I grew up hunting and dabbled in a little bit of outdoor TV long before my current series began. Over the years, I’ve met a lot of great people in the outdoor industry, giving me ambition and desire to make a TV show work. One connection lead to another, and before I knew it, I was in front of the camera producing “Leupold’s Just Junie.” 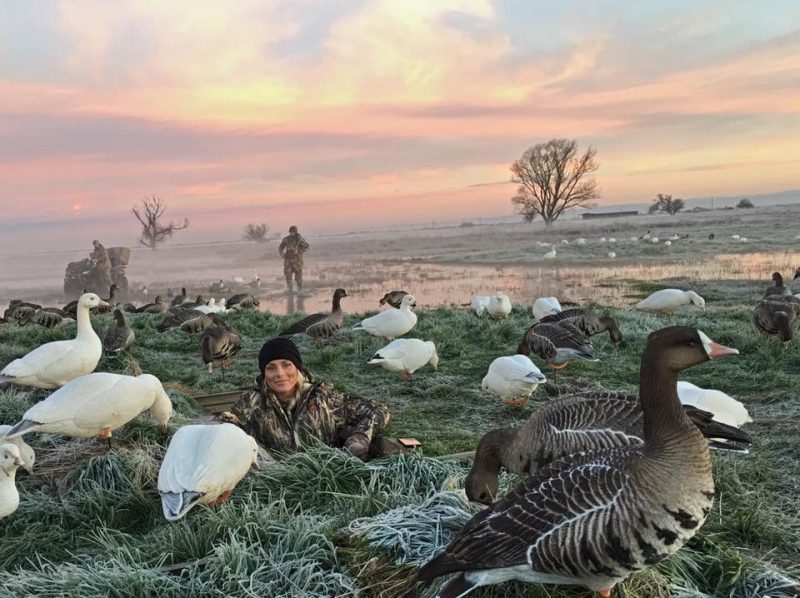 Dave: Home for you is Oklahoma. What percentage of your TV hunts are filmed in the Sooner State? Do you have a favorite destination for filming?

Junie: This season, four of my original 13 episodes will have been filmed in Oklahoma. I love hunting in my home state, but I’d have to say my favorite hunting destination is South Texas because there’s such a diverse, wide range of species available, and there’s always something to hunt year around – not to mention the weather is usually really nice! 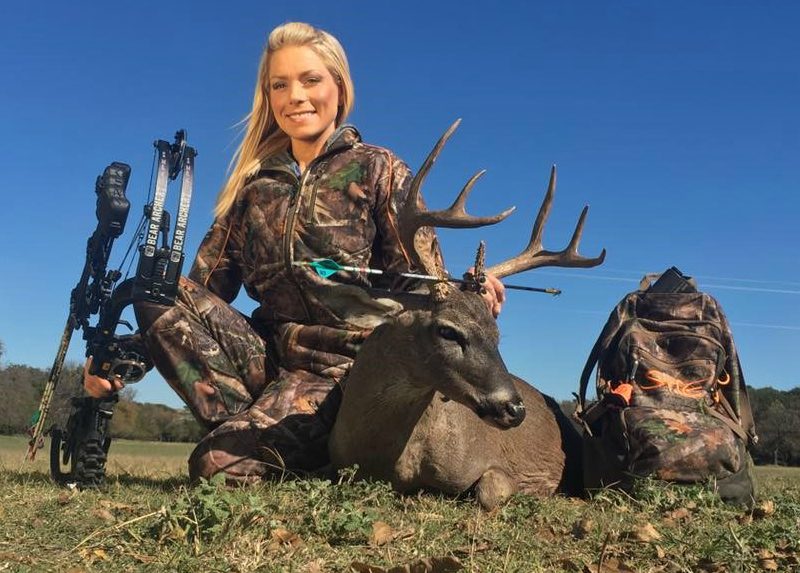 Dave: Speaking of favorites, what is your go-to choice in bow and rifle?

Junie:  My go-to bow is my 52-pound-draw Bear Archery Escape SD! I’ve shot Bear bows for years now and absolutely LOVE them! I have a pretty short draw length – 24.25 inches to be exact – and the Bear Escape SD is simply the standard Bear Escape with a shorter draw (hence the SD). But it still compares to the regular Escape in terms of features and performance. God bless Bear bows for making a production model for short gals like me!

As for my go-to rifle, I’m extremely partial to my Savage Lady Hunter in 6.5 Creedmoor. I really appreciate the features they’ve incorporated for women, especially the raised comb on the buttstock and rear-weight focused design, which makes it easy to handle in the field. The 6.5 Creedmoor round is extremely versatile across multiple species, and my round of choice is a Hornady Precision Hunter 143-grain ELD-X. 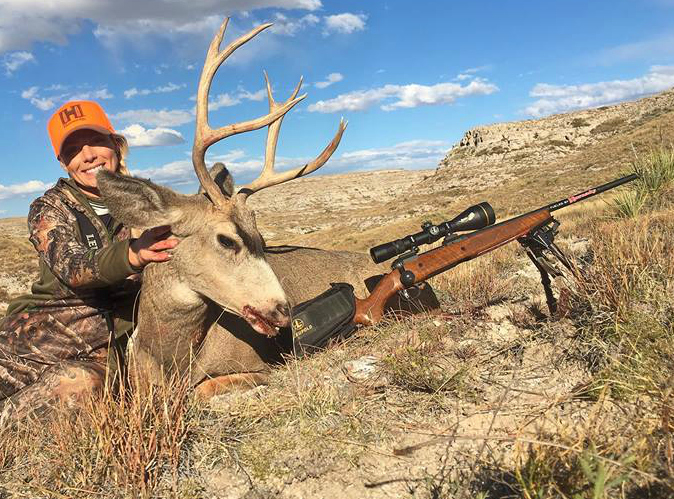 Dave: Some beginning hunters – men and women alike – are less than thrilled the first time they field-dress an animal. Who taught you, and did it ever bother you? What is your family’s No. 1 wild game dinner?

Junie: I’m a little weird I guess when it comes to that, as it’s never bothered me at all to field dress my game. Growing up, we raised broiler hens and rabbits as a means for providing food, which is also why my mom taught me to hunt. So she had us doing that at a pretty young age, and it’s always been a natural part of the circle of life to me. I’d have to say my No. 1 wild game dinner is fried venison backstrap with mashed potatoes and homemade gravy. 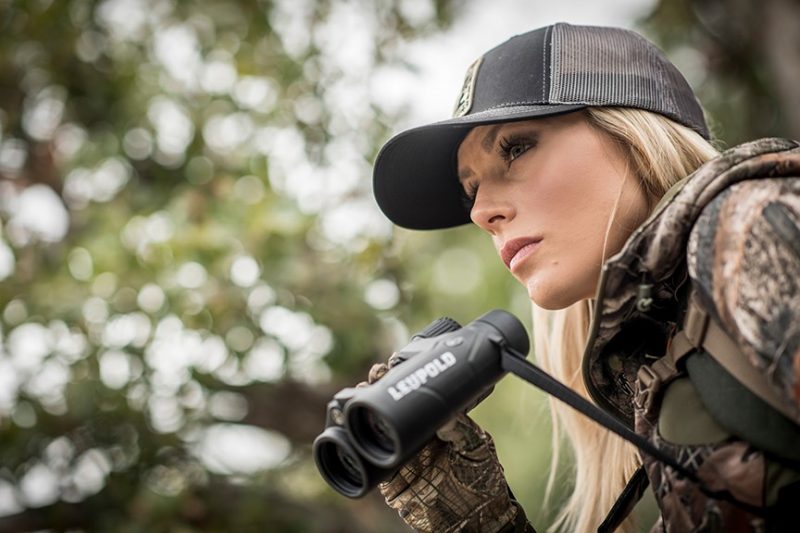 Dave: Leupold is the title sponsor for your TV show, correct? What do you like about the company and its products?

Junie: Yes, I’m extremely blessed to have Leupold as my title sponsor. You can’t beat the clarity, durability and precision of a Leupold optic. They’re tried and true, and not to mention 100% American made by 650 dedicated workers in Beaverton, OR.

In terms of my favorite products, I’d go with the VX-6 3-18X44 scope with a CDS dial system because it completely takes all the guesswork out of the shooting equation. The Leupold BX-3 10X42 binocular handles just about any situation I put myself in when hunting, and it’s unmatched for clarity and durability. And whether it’s an archery or rifle hunt, I’m always carrying an RX 1200TBI DNA rangefinder with me in the field. 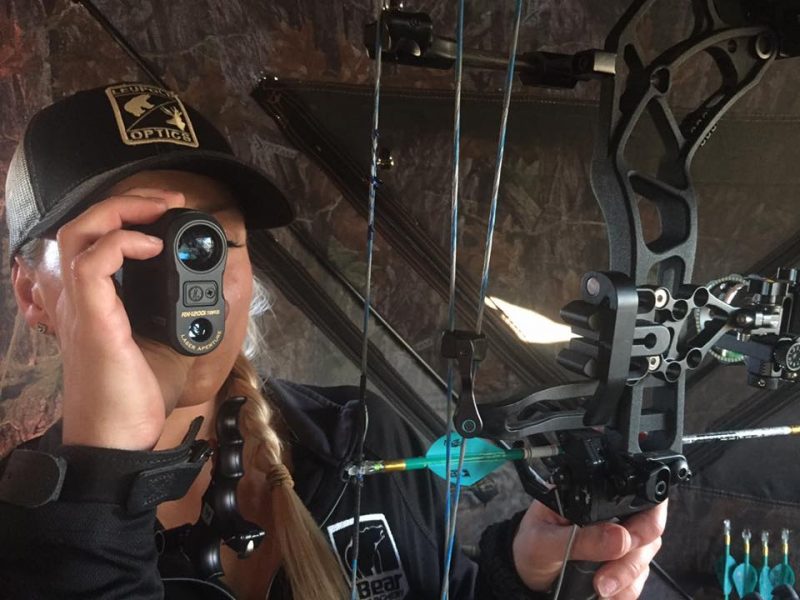 Dave: Rumor has it that your TV show won a prestigious award during SHOT Show 2017. Tell us about it.

Junie: Yes! “Leupold’s Just Junie” won 2016 Best New Series at the Golden Moose Awards in Las Vegas! That was very unexpected, and I couldn’t be more excited for our team. I was given the opportunity to make a hunting show exactly like I wanted it to be, which was just an authentic female hunting show that showed it all – the misses, the successes and all the real aspects of life both in and out of the field.

As I mentioned earlier, I’ve been around the business for several years now, and I knew that it wasn’t going to be easy. I knew that there was a chance this series just might not make the cut. So I went into it with the open mindset that if it was received well, that would be awesome, but if it didn’t grab a foothold that I could live with myself knowing I made a show on my own terms, with my own opinion of what I felt was authentic and relatable to the audience. So far it’s doing really well, and I couldn’t be happier with its success. 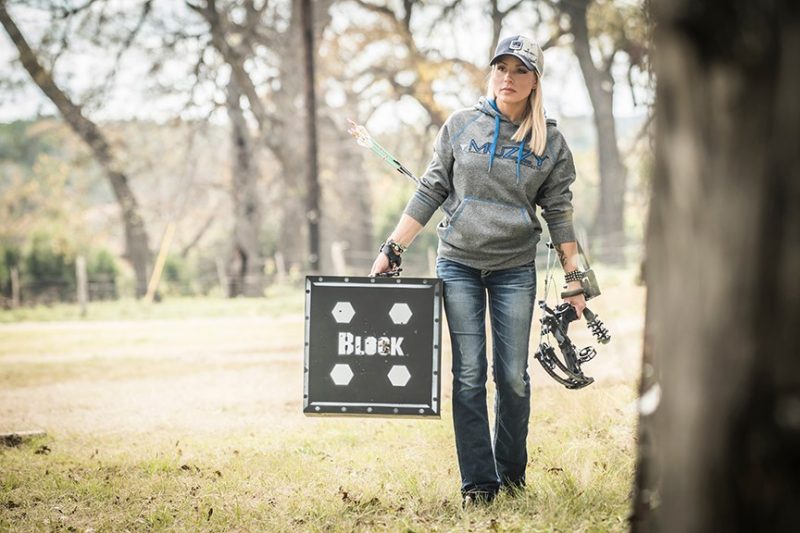 Dave: New fans of yours can click the following text links to follow you on Facebook and Instagram. Did you dip a toe into the water of social media, or simply yell “cannonball!” and go for it?

Junie: Funny you should ask that! All this social media stuff is pretty new to me. To be 100% honest, I didn’t even have a Facebook or Instagram account before the show. I stay really busy with my two boys, and always have multiple projects going on all at once. Social media can be kind of tough for me to keep up with, but I just hit the ground running and decided I would do the best I could to keep up with the industry on behalf of my partners! So yes, I guess you could say full-on cannonball style!

Dave: Final question – If you could take part in only one more outdoor adventure, where would you go, what would you do, and who would join you?

Junie: Man, that’s sad to think about . . . only one more hunting adventure?!?! I’d have to say it would absolutely have to be a hunt with my two boys, going anywhere and hunting anything they wanted to. The personal side of life with a divorce, and everything that came as a result, has made it to where they don’t want to hunt with me near as much as they used to back before this was a career. I’d give anything to have them with me on all my hunting adventures, but with school and sports, I know that’s simply not possible. My most treasured hunting memories are with them and always will be. It’s so much more fulfilling and special for me to get to be out in the field with them and get to watch them enjoy hunting and the outdoors!

P.S. Want to see more of Junie James’ show? The preview for season No. 2 is below. Enjoy!