Legislation to remove suppressors from NFA regulation has been rolled together with a conservation package that benefits hunting and fishing rights and regulations across public land.

A new bill, introduced as H.R. 3668, includes two important agendas for outdoorsmen and women. The Sportsmen Heritage and Recreational Enhancement, or S.H.A.R.E. Act, combines initiatives to grow hunting and fishing, as well as removing suppressors from National Firearms Act regulation.

Here is a screenshot of the bill: 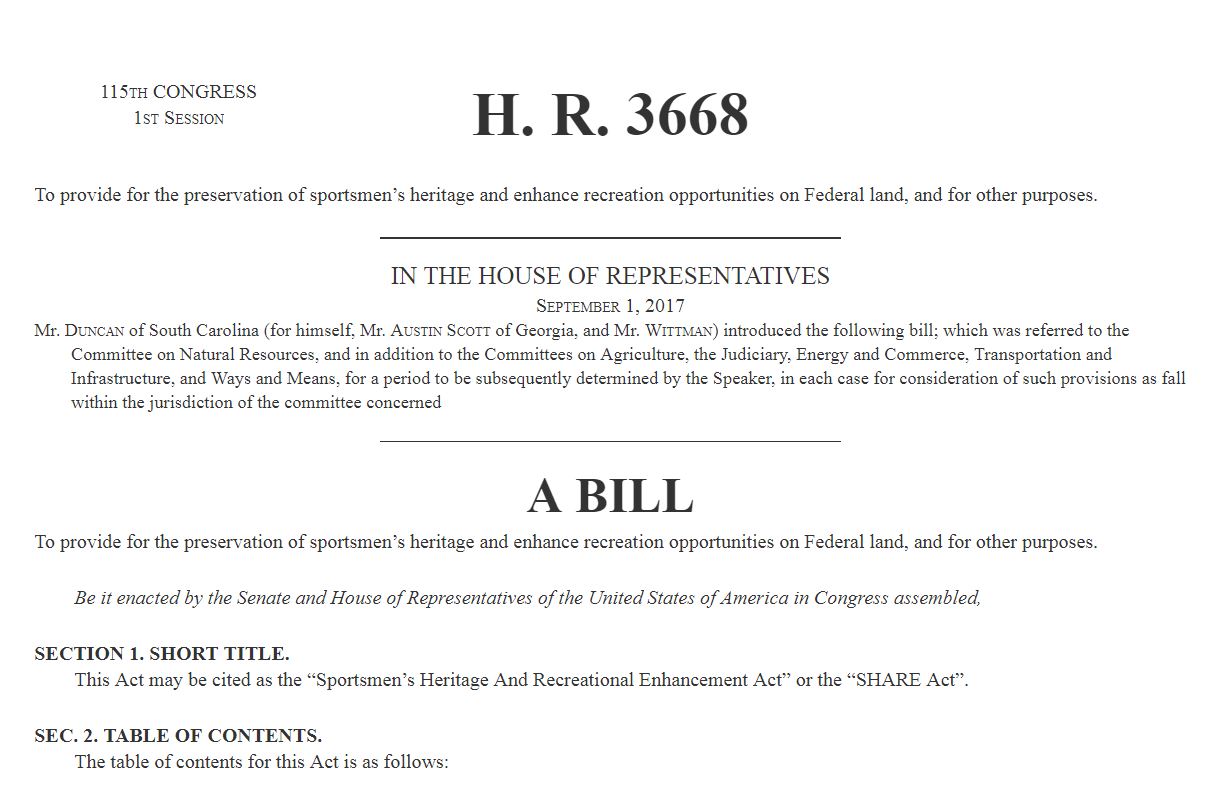 (To read the proposed legislation in full, follow the link at the end of this article.)

According to The Wichita Eagle, for Rep. Jeff Duncan – the sponsor of the bill – this legislation is personal to him.

See, Duncan never wore earplugs while shooting when he was growing up, and now, at the age of 51, he’s hard of hearing in his left ear, and can’t help but look back and blame the lack of hearing protection.

“We could have named the bill something else,” Duncan stated, “but really it’s about helping hunters be able to protect their hearing and still enjoy their sport and be successful at it.”

“Since the re-introduction of the Hearing Protection Act by Rep. Duncan and Senator Mike Crapo (R-ID) in January (H.R. 367, S. 59) the American Suppressor Association (ASA) has met with the Bureau of Alcohol, Tobacco, Firearms and Explosives (ATF) on multiple occasions to discuss technical amendments to the language. As a result, we were able to create several technical amendments that were incorporated into the current draft of the SHARE Act. These include:

Along with all the suppressor talk, the new bill also discusses issues with concealed carry and crossing state lines with firearms.

For all the details, you can read a copy of the bill introduced on September 1, right here.