Before making landfall, the US Virgin Islands’ Gov. Kenneth Mapp seized guns, ammo and other materials from residents, leaving a majority of people completely defenseless during a time of devastation.

The NRA has already let it be known that they have a serious bone to pick with Gov. Kenneth Mapp, and they plan to take legal action.

Many residents stuck in this nightmare are living in fear that without immediate intervention of Mapp’s executive order, desperation and a lack of critical resources could eventually lead to a dangerous scenario.

According to Business Insider, Laura Dixon Strickling, an island resident living with her husband and 1-year-old daughter on St. Thomas – one of the US Virgin Islands – described their current living situation:

“We’re only five days into this, and it feels like it’s been a lifetime,” Strickling stated. “We don’t have information. We have not seen one first responder. We have not seen one police officer. Everyone in our neighborhood is walking around with sharpened machetes and guns for protection.”

Exactly how much damage did the small string of islands endure?

For those of you who are more visual, take a look at these heart-stopping satellite photos taken by NASA, showing a before and after photo of the islands since Hurricane Irma wiped them out: 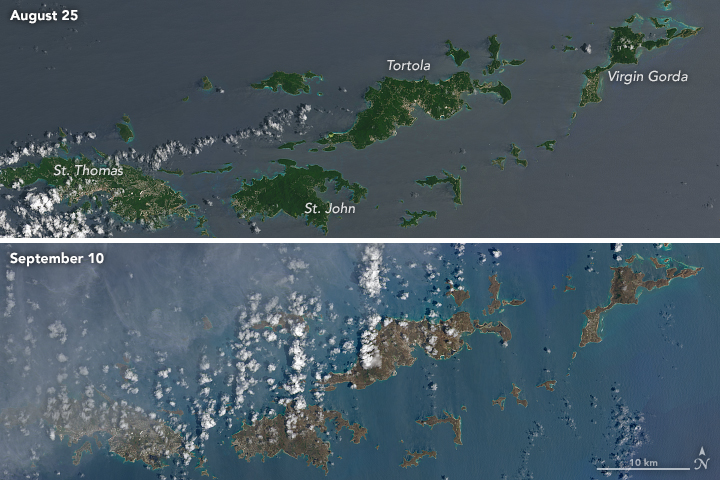