For over 60 years, Jim Phillips has searched Montana’s countryside high and low looking for shed antlers. Now, with his collection eclipsing 16,000 antlers, Jim is simply known as “Antlerman.”

Residing in Three Forks, Montana, where shed antlers seemingly fall like rain, Jim says antler hunting has been in his blood since he found his first set of elk antlers when he was 10 years old.

Since then, Jim had to build a separate building off of his house just to store all of his shed finds – and it looks like something out of a shed hunter’s dream!

Take a look at the video to take a tour through his antler shed:

For more awe-inducing photos, hop on over to Jim’s website where he has over 350 pictures of his impressive collection. If you’re like Jim, and see antlers as an art form, we apologize for everything you don’t get done while you’re engulfed in these shed antler images: 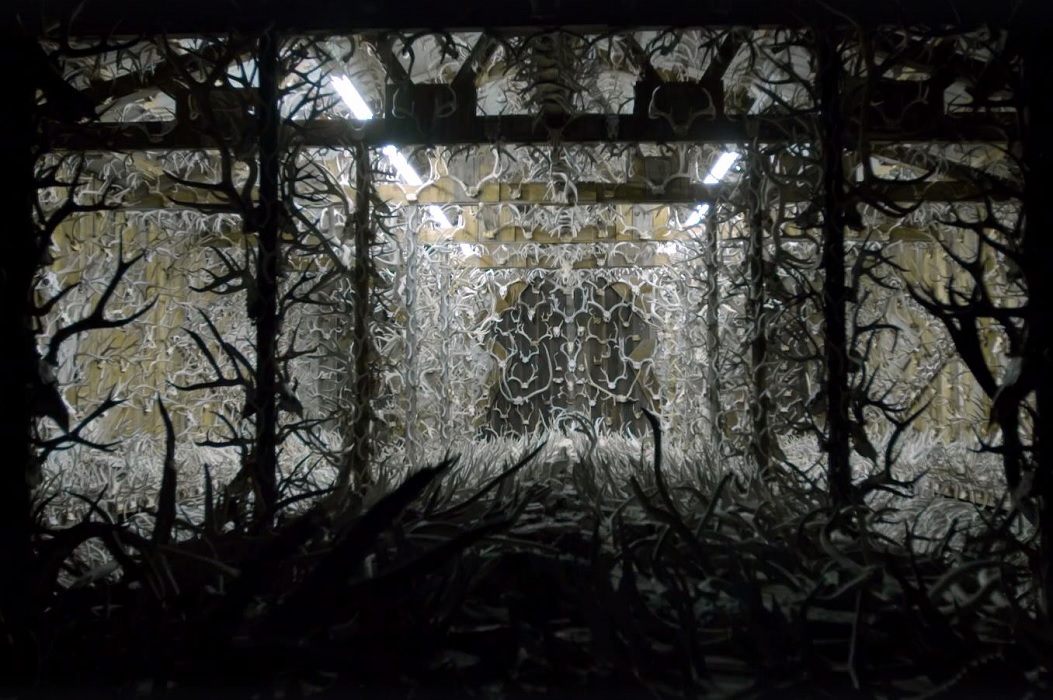 A magnificent sight as the florescent light fills the room.

Shed antlers line the walk-ways throughout the entire room. . .