A well-known TV hunter has been accused of poaching, and some say the video evidence against him is pretty damning.

Chris Brackett, host of Fear No Evil and former host of Arrow Affliction, is apparently being investigated for an incident where he was filmed shooting two bucks while hunting in Indiana.

You’ll see in the video, that the bucks were shot within minutes of each other with a muzzleloader, and in the state of Indiana, you can legally take only one antlered deer.

According to Whackstar Hunters – who have a source close with the situation – Brackett received permission from the landowner to shoot a big 10-pointer that had been visiting the property, but also received strict instructions NOT to shoot the tall 8-pointer.

Well, in the video, you can hear Chris pretty much blatantly ignore those instructions as the tall 8-pointer is the first deer he shoots. Then, the 10-pointer steps into the field, and Brackett shoots him, too.

Below is a screenshot from the video posted to YouTube; You can watch the video right here: 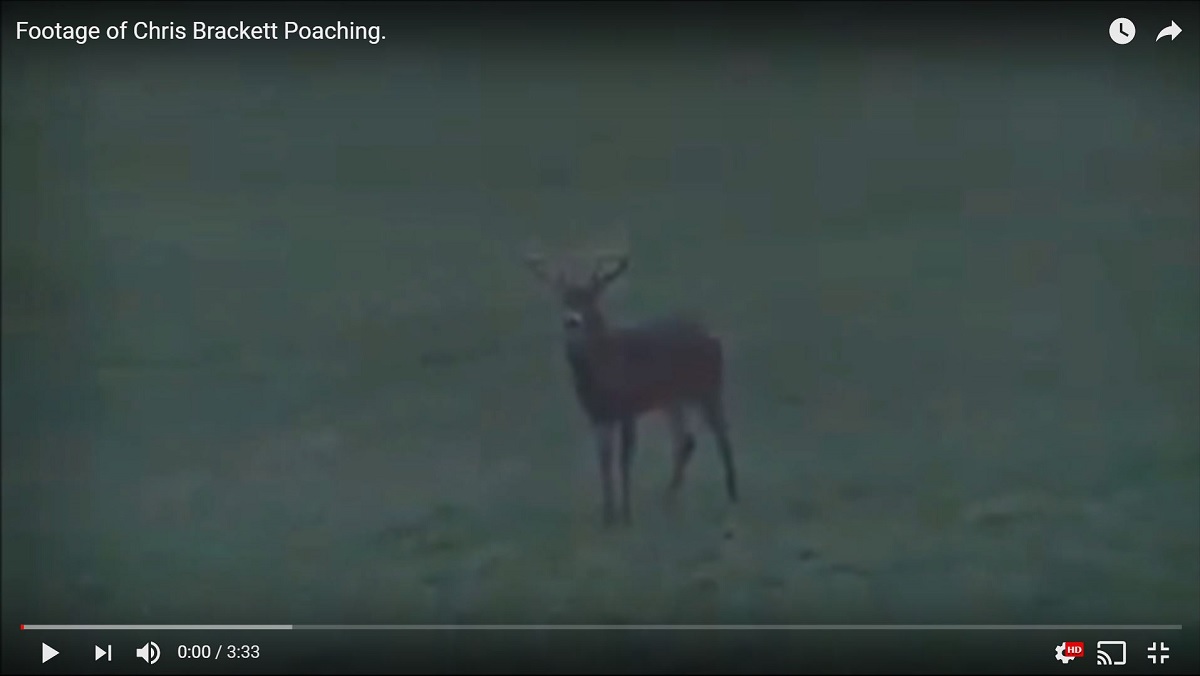 Nov. 15, 2017, update: When we first posted this story, we promised to keep you posted as more details became available. Sadly, the story appears to be true. And not surprisingly, the dominoes are starting to fall; see below for statements made via Facebook from some of Brackett’s sponsors.