Like Ice-Cold Drinks? Then Visit Minnesota’s Igloo Bar, Which Sits on the Ice!

Like Ice-Cold Drinks? Then Visit Minnesota’s Igloo Bar, Which Sits on the Ice!

While persons in the Northeast are battling the effects of the recent “bomb cyclone,” the hardy souls in northern Minnesota are celebrating the snow and cold, and doing so in a rather unique way.

Check this out: On Dec. 31, 2017, the Igloo Bar on the ice at Lake of the Woods officially opened its doors for the winter season. The Igloo Bar been around for several years now, and it’s always a treat for visiting snowmobilers and ice anglers to stop in for a cold one. 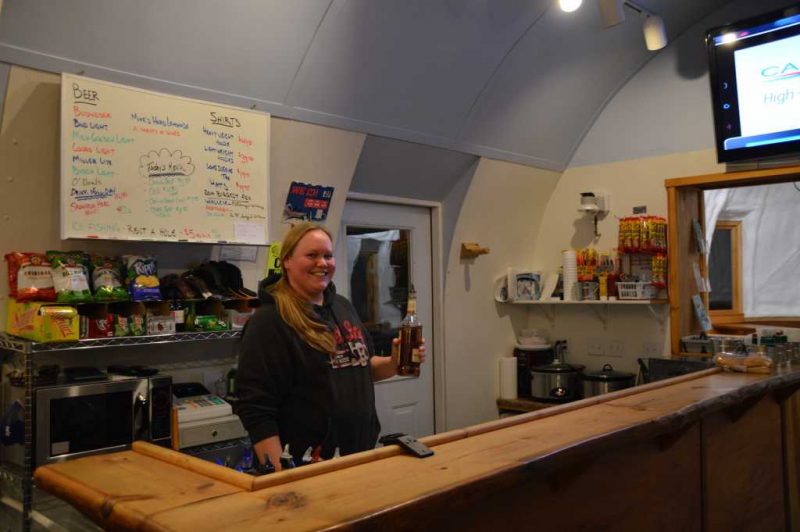 As you see in the top photo, the structure is painted to look as if it’s built from blocks of ice. It has more than 1,000 square feet of indoor bar space, and requires at least 15 inches of ice before it can be placed on Zippel Bay of Lake of the Woods. Thanks to bitter cold in the area during the end of December, the 15-inch ice mark was reached just in time for New Year’s Eve. 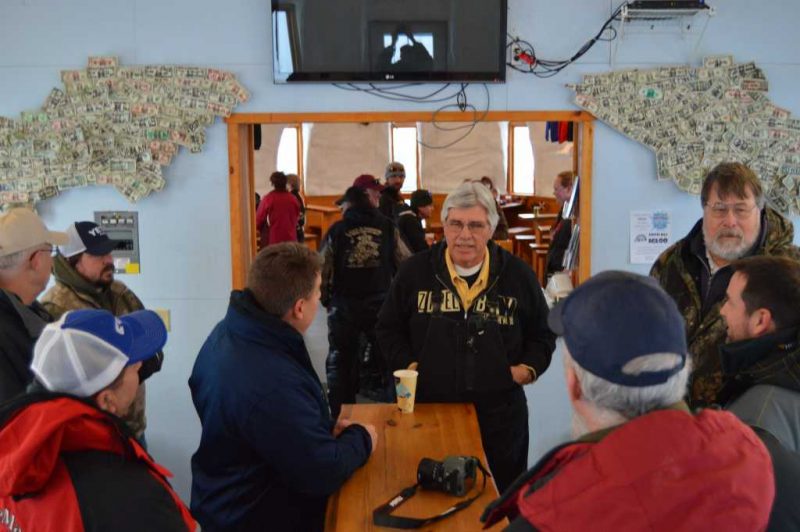 The Igloo is transported out in two pieces and then bolted together. So, what’s inside? Just like your local bar, it has big-screen TVs, electric lights, running water and even a limited hot food menu. 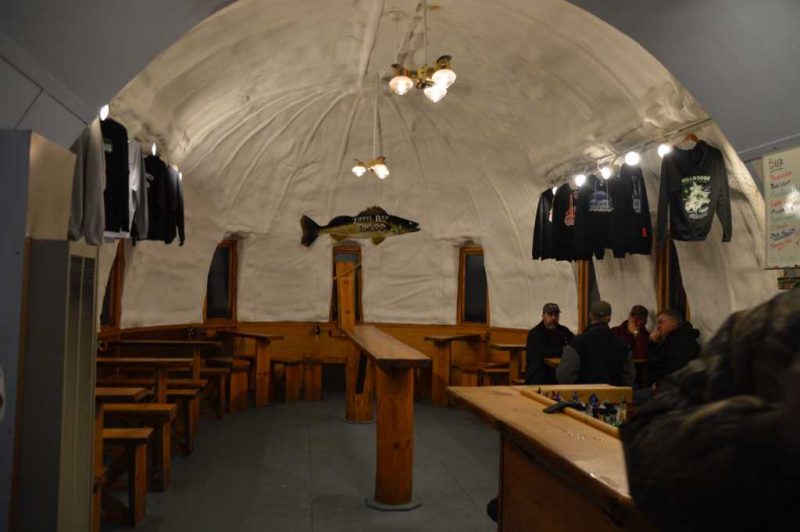 And this amenity is probably NOT like your local drinking establishment: The Igloo Bar has heated porta-potties that look like little igloos. 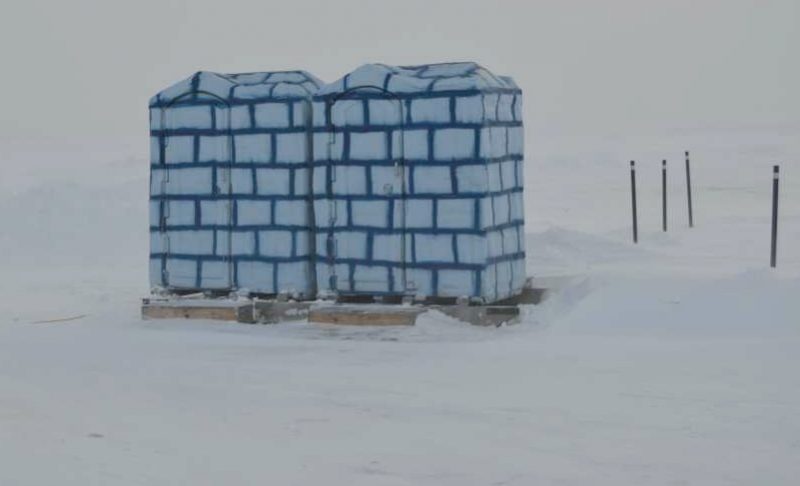 According to Igloo Bar’s Nick Painovich, who also owns Zippel Bay Resort along with his wife, Deanna, the heated porta-potties evolved over time. “Some of the ladies were giving me a hard time about the cold toilet seats,” he said, “so I heated them. Then, all of the guys started using the ladies’ restroom, so I had to heat them both!”

For those who want some fresh air while tipping back a cold one, there’s a barrel with burning wood on the ice.

You don’t have to be a customer of Zippel Bay Resort to frequent the Igloo Bar. Regardless of what resort, hotel or sleeper fish house you stay at while visiting Lake of the Woods, the Igloo Bar is open to the public. There is a well-marked ice road that’s plowed and maintained coming from Zippel Bay Resort if you’re driving a truck or car.

Click here for lodging on Lake of the Woods. 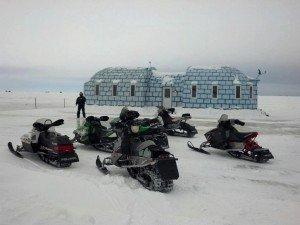