For anglers who follow bass fishing, this is big news: Kevin VanDam, holder of seven Bassmaster Angler of the Year titles and 24 B.A.S.S. victories, has left Motorguide and signed with Minn Kota. He’ll be running a Minn Kota Ultrex trolling motor in 2018, as well as Minn Kota Talon shallow-water anchors.

The reason? According to VanDam, it comes down to performance on the water: “Few things have impacted bass fishing like Minn Kota Spot-Lock has,” he said. “We saw a new level of boat control on the Bassmaster Elite Series last year, and the guys using Ultrex had a distinct advantage. It makes managing your boat while fishing, rigging and even culling so easy that it has literally changed the way people fish for the better.”

Tim Price, pro-staff manager for Minn Kota and Humminbird is obviously excited about having KVD join Minn Kota: “We’re honored that Kevin decided to join our team. He’s trusted Humminbird for years, and now that he’s outfitted with an Ultrex and Talons, he’ll have boat control like he’s never experienced before. 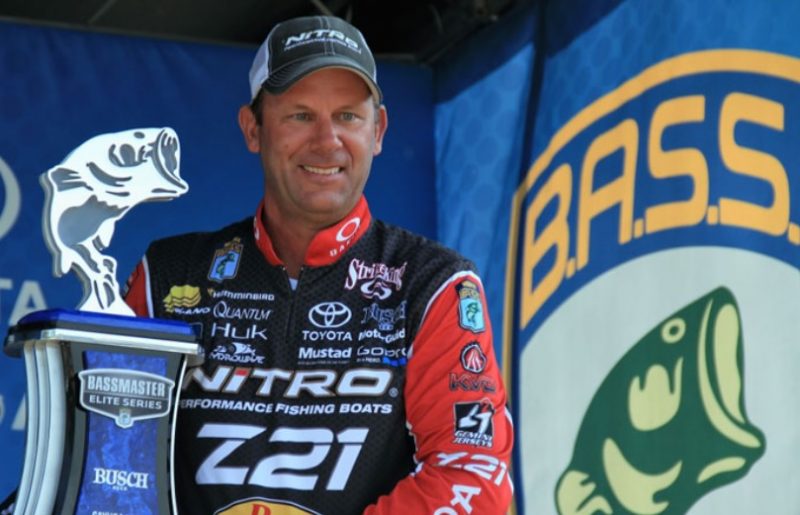 VanDam continued: “I appreciate all the incredible sponsors I’ve worked with throughout my career, and now I’m excited Minn Kota has asked me to join their team. The Minn Kota Ultrex and Talons are going to take my game to the next level. I’ve been benefitting from Humminbird technology for years. That, coupled with the Ultrex and Talons give me the ultimate in boat control and the flexibility to make adjustments from anywhere in the boat, thanks to the fact that they’re designed and engineered to connect and work together.”

This announcement was made on social media this morning via the humorous video below. Check it out. And kudos to current Bassmaster AOY angler Brandon Palaniuk for being humble enough to take part in the KVD announcement video.