There is a good handful of areas that instantly come to mind when the conversation turns to monster whitetail deer — certain counties in Iowa, Kansas, Wisconsin and Illinois, to name a few. But then, there’s Saskatchewan — the place from which the buck that leads the Boone & Crockett Hit Parade was taken in 1993.

While Milo Hansen’s trophy (scoring 213 5/8 B&C) holds the No. 1 spot among typical whitetails, many others have a place in the record book, too. And still more undoubtedly could. According to Saskatchewan Wildlife Federation’s Henry Kelsey Big Game Records, in fact, the largest typical whitetail harvested in each of the past 5 years scored more than 170. The best non-typical bucks taken during the same time were all north of 200.

Though the Kelsey scoring system differs slightly in that it doesn’t require a drying period, the numbers put them well above B&C’s minimum awards requirements for typicals and non-typicals — 160 and 185 inches, respectively.

Saskatchewan has a couple things in common with other places known to grow top-tier bucks. Superior genetics is one. While the gene pools differ from place to place, each has its own particular blend of DNA elements that makes a male whitetail prone to grow enormous headgear.

Likewise, good habitat is essential for keeping deer strong and healthy. In general, the province offers a good mix of agricultural lands that provide food and dense forestlands for shelter and security. 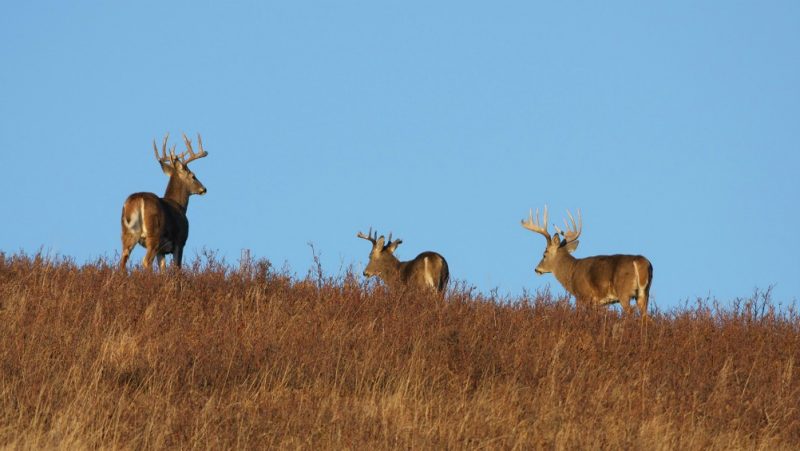 What sets Saskatchewan apart, though, is its vastness. It is so much larger than the other big-buck areas mentioned that, by comparison, hunting pressure is virtually a nonfactor, allowing whitetails an even better chance to survive to an old age — and develop oversize antlers in the process.

Also by comparison, Saskatchewan’s whitetail population density is fairly low, which can mean spending long hours in a treestand or ground blind waiting for a bruiser to appear. It can be a tough thing to do during the mid-November rutting season, but for determined hunters it still offers the best chance of seeing the buck of a lifetime.

Non-resident deer hunters, meaning non-Canadian hunters, must use the services of a Saskatchewan licensed outfitter, and while there are a number from which to choose, here are five solid options to start off your search.

Hunters who book with Highland Outfitters will have numerous chances to harvest a 125- to 150-class buck, according to owner Cory McLachlan, but he says his goal is, “to have you take a mature whitetail with heavy horns that score well beyond this.” 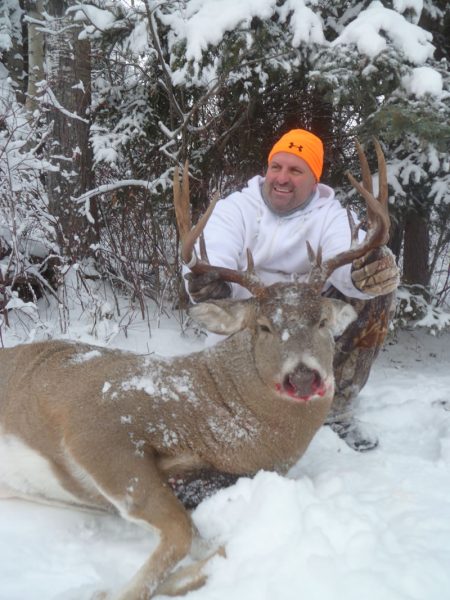 In other words, it all depends on whether you have the patience and will to hold off and let a lot of decent-sized deer walk until a true monster enters the picture. To make the wait as comfortable as possible, hunters are stationed in elevated and heated (as weather dictates) box blinds with 6-plus feet of headroom. 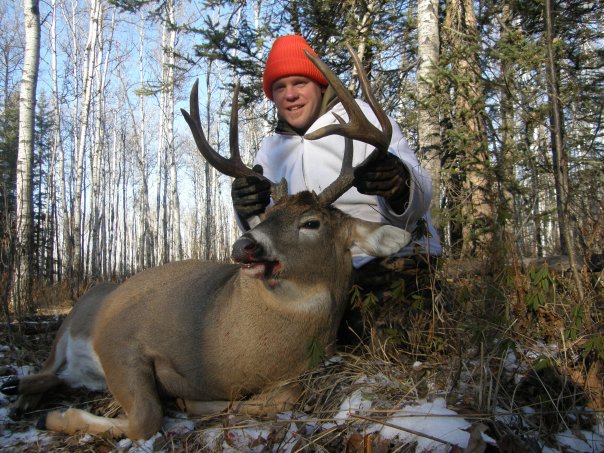 The couple, along with son Keith, pride themselves on working hard to make their guest as successful, and comfortable, as possible during their stay. Diligent boots-on-the-ground scouting, along with a network of trail cameras, keep the guides well informed on where and when the biggest deer are most active.

After the hunt, guests relax, unwind and enjoy delicious home-cooked meals in the original farm-home, which was recently renovated into a comfortable lodge, complete with state-of-the-art entertainment systems.

Family owned and operated, Redwillow Outfitting, located near Carrot River in east-central Saskatchewan, was established in the early 1990s by Larry and Angela Schmitt, and is now managed by son Charles and daughter-in-law Jelise. 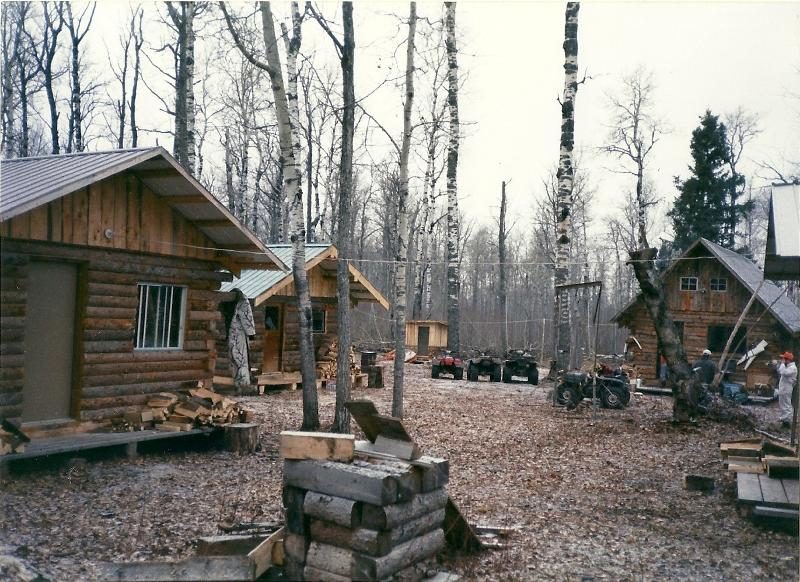 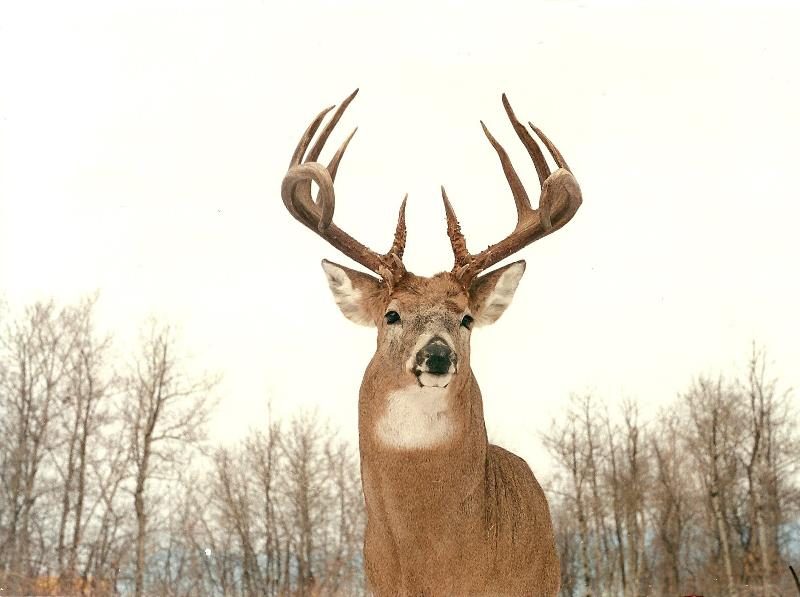 It’s difficult to determine what appeals most to the hunters who come here — the authentic wilderness experience of hunting on a game-rich, 23,000-acre allocated outfitter area in the Pasquia Hills, the remote but cozy cabins and hearty home-cooked meals, or the 90 percent success rate that’s been established over 20 years.

Located about 140 miles north of Saskatoon, Timberlost Outfitting is situated in the lush boreal forest of northern Saskatchewan, where higher deer densities, combined with intensive feeding and management programs, means whitetail hunters have a great chance at seeing a 170-class buck, according to owner Devin Beebe. 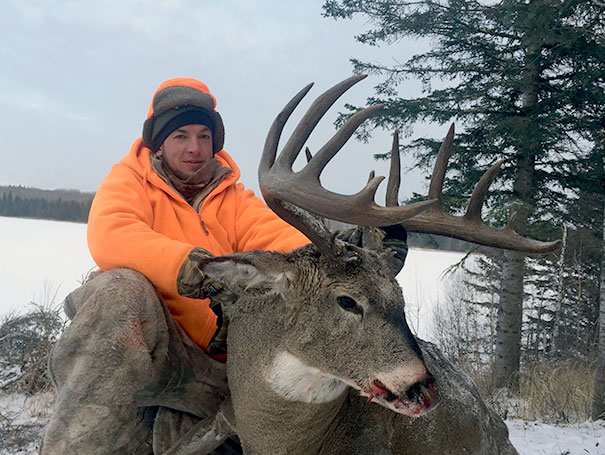 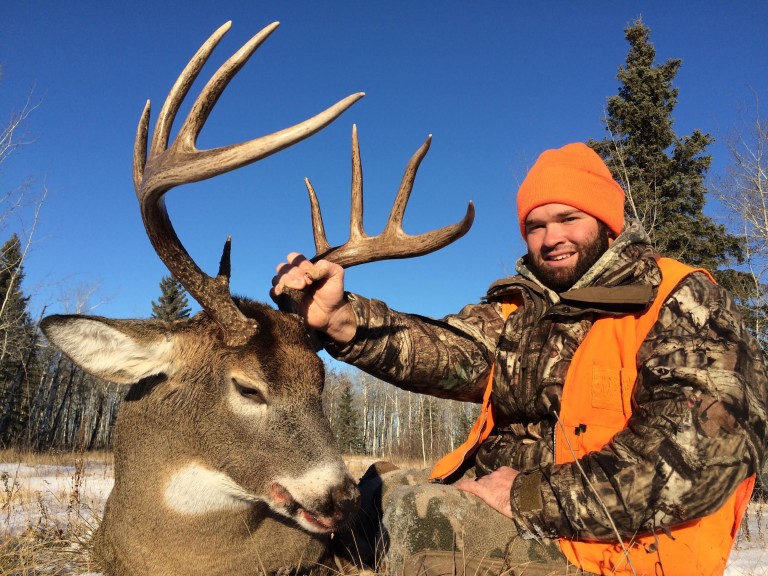 Beebe monitors the deer herd in his 120,000-acre hunting area year-round, and makes use of trail cameras at each hunting site to survey day-to-day deer activity. Three different camps, all with modern and comfortable cabins that accommodate multiple hunters, allow Beebe to house hunters close to the most active areas.

Owner Gerald and Irene Purcell, who’ve been outfitting and guiding hunters for more than 20 years, recently took over the well-established Saskatchewan River Trophy Hunting & Fishing Lodge, and in the process gave it a new name — Tobin Lake Trophy Adventures. 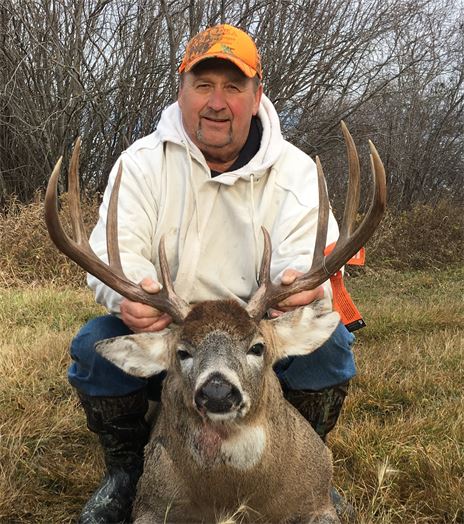 Located in the province’s east-central region, the operation boast access to 320,000 acres of game-rich mixed forest in prime whitetail territory. Hunters spend field time in deluxe heated shooting houses, and at day’s end can shower, eat and kick back in the modern 5,600-square foot, 12-bedroom lodge, which offers a panoramic view of beautiful Tobin Lake.

If you dream of bucks weighing well over 200 pounds and carrying massive racks, then begin planning a Saskatchewan trophy whitetail hunt this winter. Of course, space is limited at these destinations, so don’t delay too long or you may have to wait until 2019 for the hunt of a lifetime.