If you followed OHUB’s extensive coverage during the 2018 SHOT Show, you might have seen my article titled, “Was My Favorite Rifle from Range Day a Ghost?”

You see, I held the gun, shot the gun, took pics of the gun, but I couldn’t find anything about it online. Zip. Zilch. Zero.

Well, that fact is still true, because as of today, Mossberg’s website still doesn’t include any info on these new offerings. That said, I recently received a spec sheet from my contact at the company, so at least I can now say I wasn’t seeing ghosts in Vegas. (The 224 Valkyrie chambering was a last-minute addition for Mossberg’s SHOT Show plans.)

Rather than paraphrase the new spec sheet for Mossberg’s 224 Valkyrie rifles, I’ll simply provide you with the graphics below that summarize all the important features. As you can see, whether you want a Mossberg bolt-action (MVP Precision) or semiauto (MMR Pro), the company has you covered. 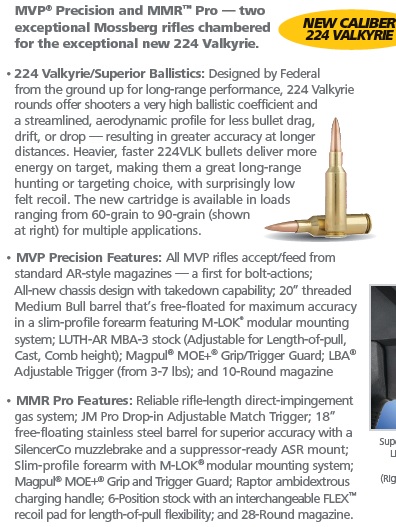 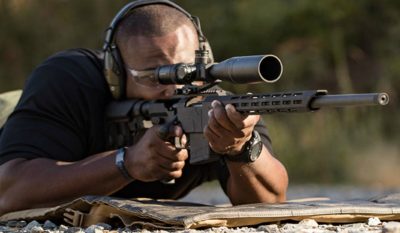