When you live in a college town, it’s hard not to plug into the college sports scene. As a resident of Corvallis, Oregon, I know that in the past, men’s baseball and women’s basketball have brought home national championship trophies, but there’s another sport that most folks overlook that the Oregon State Beavers consistently have a strong showing every year: bass fishing. 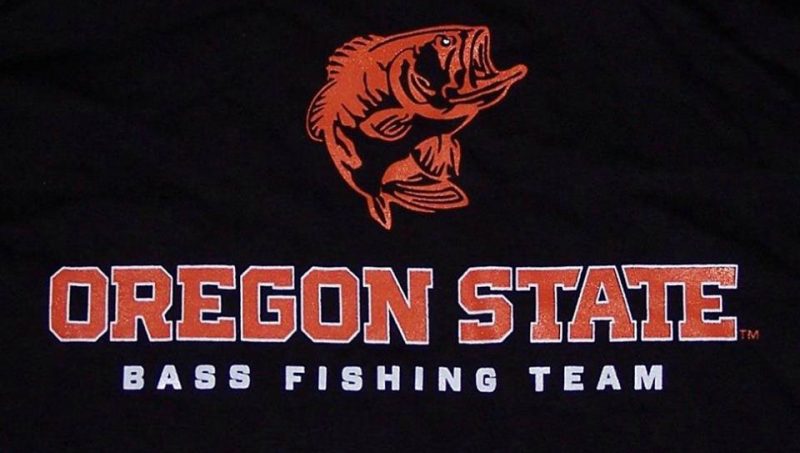 As much of an underdog as competitive bass fishing is to other collegiate sports, the Pacific Northwest is also known to most anglers for its salmon and steelhead fisheries. Generating an interest in the sport with other anglers in the region is a challenge, but the Oregon State Bass Club continues to grow each year.

Evan Boyer is president of the Oregon State University Bass Club, which currently boasts 38 members. Local events are held once a month and are more fun fishing than competition, but anglers still compete for big fish bragging rights. With 38 members all being college students, finding boats for all of them to fish from during events becomes a bit of a challenge.

OSU’s next local events are March 10th at Cottage Grove and April 21st on the Willamette River in West Linn. Everyone who joins the OSU Bass club can participate in these events, which are somewhat of a practice for regional competitions against other schools. Club events take place from September to May, with January off for weather, and February’s event being fundraising at the Portland Sportsman’s show selling t-shirts and tackle to raise money for travel expenses.

Eric Kennedy and William Eschlimand were the only team to represent Oregon State in the first tournament this year, and took first place at Lake Havasu in Arizona. There are upcoming events in the Central California Delta in April, and Clear Lake, California in May.

“Finding boaters is our biggest obstacle,” said Boyer, who explained that in recent years, pros would compete the days prior to the college competitions, and loan their boats to the student anglers. This is the first year the B.Y.O.B. (Bring Your Own Boat) concept has become the standard, limiting participation to those who can find a boat to use for the event.

They also compete in a 3-day tournament on the Bassmasters College Bass Fishing tour, which will also be on Clear Lake this year. The top two anglers from that event qualify for nationals in 2019. Last August, Oregon State Beaver Bass team angler Ryan Sparks placed 4th in the national event in Arlington.

In spite of the adversity of finding boaters for these events, Oregon State continues to show a strong national presence with their collegiate bass club. If you’d like to support their team or volunteer as a boater for local club events or regional competitions, contact club president Evan Boyer at: (503)476-2381 or [email protected] You can also check out the Oregon State Bass Fishing Club Facebook Page for more details on upcoming events.