This year has already delivered 2 new sightings of the famed sea creature and a recent encounter marks the 3rd appearance of the Loch Ness monster.

The Nessie Register, which I was personally unaware of until today, has accepted a report filled by 11 year old Natalie Hodgson and her family. The sighting occurred on June 1st as the Hodgson family was visiting Loch Ness on vacation. While staying at the Highland Lodges holiday park, they witnessed something strange emerge from the water and had the presence of mind to snap a photo. 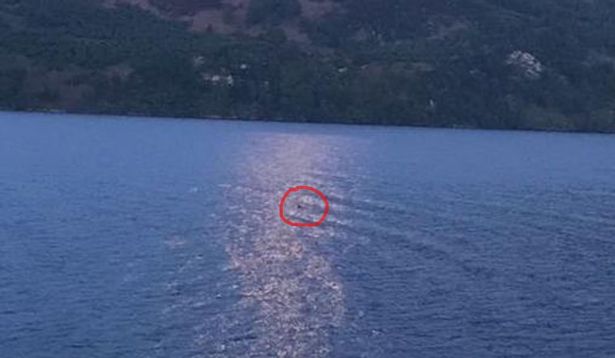 What makes this sighting unique is that it is was the first time anyone has reported seeing Nessie at night. This sighting comes as a team of research aim to deploy new tactics in an effort to try and identify the creature once and for all. The Daily Record has more on these efforts:

“A global team of scientists, known as the Super Natural History team, will use environmental DNA sampling of the waters to identify tiny DNA remnants left behind by life in the Highlands loch.

They will then establish a detailed list of all life living in Loch Ness and make comparisons between it and several other lochs to find if it differs from other sites.

As creatures move through the loch, they leave tiny fragments of DNA through their skin, scales, feathers, fur, faeces and urine.

Prof Gemmell said: “Large fish like catfish and sturgeons have been suggested as possible explanations for the monster myth and we can very much test that idea and others.

“While the prospect of looking for evidence of the Loch Ness monster is the hook to this project, there is an extraordinary amount of new knowledge that we will gain from the work about organisms that inhabit Loch Ness – the UK’s largest freshwater body.”

What are your thought’s on the Loch Ness monster? Let us know in the comments below.