The start to the 2020 Bassmaster Elite season was anything but normal for anglers with early flood conditions and tournament cancellations earlier in the season. As the series returned to the action in June, Georgia-native and Humminbird® and Minn Kota® pro, Buddy Gross came off the break with a renewed hunger for competition and notched his first Elite Series victory at the 2020 DEWALT Bassmaster Elite at Lake Eufaula.

Gross’ start didn’t put him on the radar to even be in contention come Championship Saturday. His tournament started off rough with a tumultuous day one. With only a 16-pound bag leaving him in 43rd place, he had his work cut out for him. But he never lost his confidence and he saved his best day for last, putting a tournament best 27-pound, 11-ounce limit on the scales to move from 10th to 1st to lock down his first Elite Series win.

Just moments after claiming the coveted blue trophy, Gross was quick to credit his confidence in fishing offshore structure and Humminbird MEGA 360 Imaging® to his success on Lake Eufaula.

“I’ve always been an off-shore guy – I’ve always looked for the stuff that’s away from the bank that the competition may not find. Humminbird MEGA 360 Imaging allows me to see every bit of these areas,” noted Gross.

“When I can see the structure I can also see the fish come through so if I’m looking at a brush pile and I’m not getting a bite – I still have the confidence to stay and make extra casts because I’m able to see fish come through. It shows every detail and allows me to dissect a pile and not just fish around it.”

Gross also noted that he spends a lot of his time studying the lakes with his Humminbird LakeMaster® maps to determine what areas he’ll target and dial in on productive spots with the help from his Humminbird units and the One-Boat Network™. 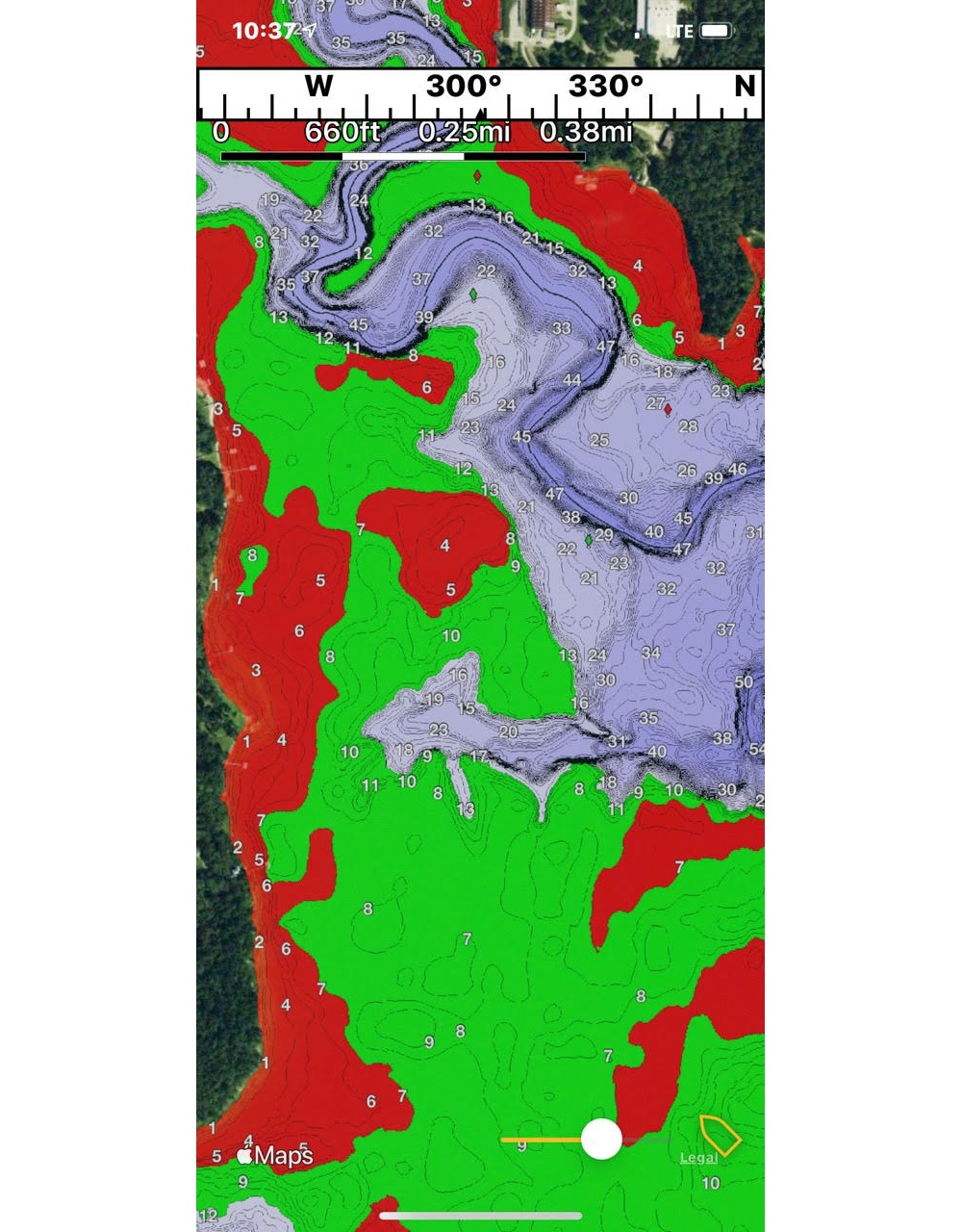 “I start with LakeMaster on my phone 90% of the time (FishSmart App) before I go anywhere. Lakemaster is huge for me – the contours are dead on the money,” Gross said.

The depth highlight feature on his Humminbird LakeMaster® chart was critical to helping Gross focus his time on the most productive spots. 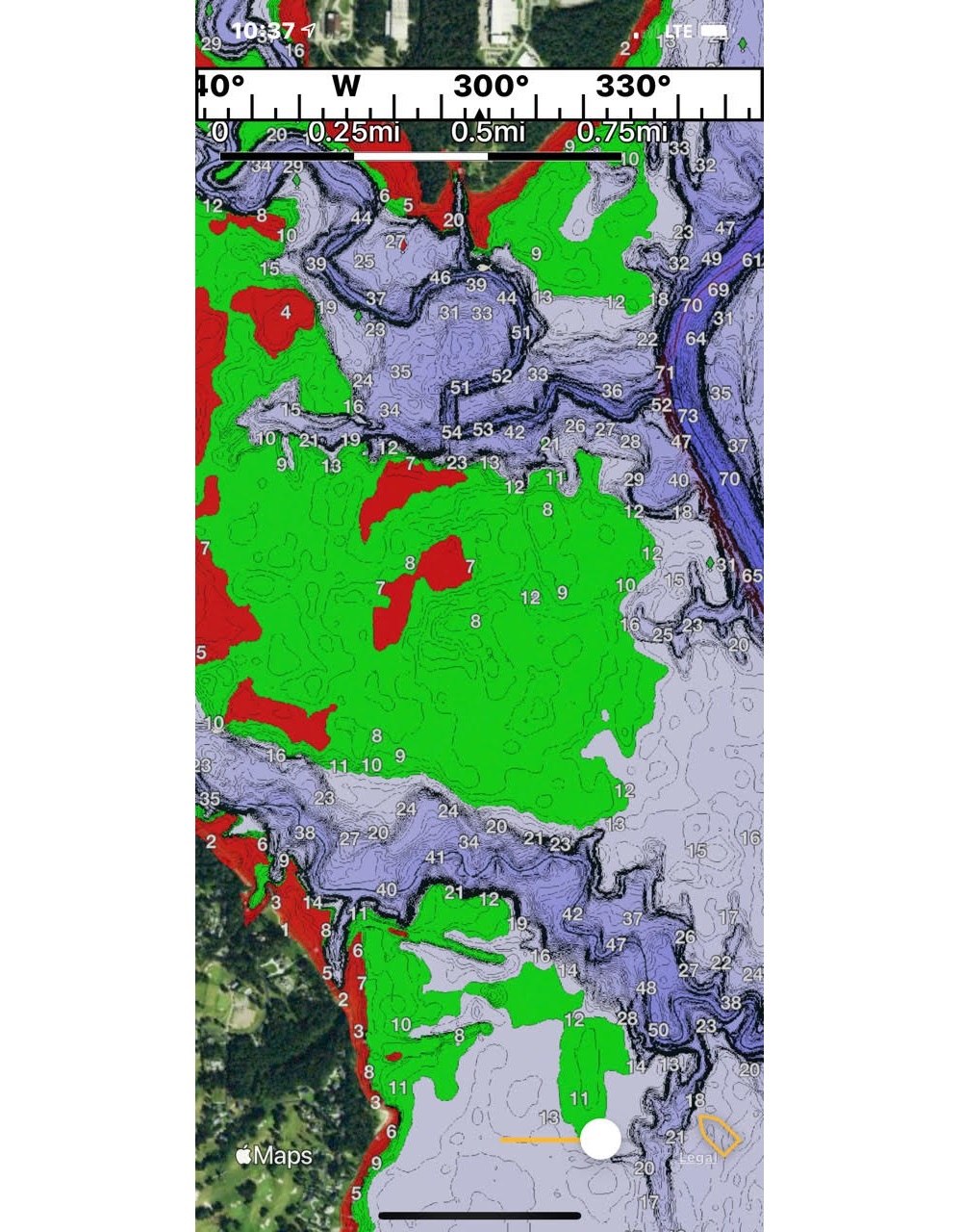 “I was catching most of my fish on a 12-foot brush pile, so I highlighted the depths to only show humps and points that were in that 12-foot range and I was able to eliminate everything deeper or shallower and turned those areas to green on the map.”

Once Gross got to his sweet spots, he would engage Spot-Lock on his Minn Kota Ultrex™ and relied heavily on MEGA 360 Imaging to pick apart each brush pile with precision.

“I’m a big grass guy so a huge thing with the 360 for me is that I can find every irregularity in the grass and I’m able to put a waypoint on the 360 and make an exact cast on every cast,” noted Gross. “It’s a huge deal when you’re able to see everything around you.”

Gross went on to explain how valuable MEGA 360 Imaging is when it comes to his arsenal of fishing technology.

“The 360 has made me a more efficient angler and takes me less time to accomplish what I’m trying to do. If I had to take something off my boat, the 360 would be the last thing I would choose.”

“The only problem I’ve seen with the 360 is how many competitors I have on the lake using it,” Gross joked.

As for what’s next for Gross, he plans to head up north and will be sure to put his MEGA 360 to good use – on both familiar and unfamiliar lakes.

“I’m going up north and I’m telling you one thing – the 360 shines up there. It loves rock, it loves grass so I can’t wait to get up there and identify the areas I want to target. It’s an absolute tool that brings out the detail to make game time decisions. I’ll be going to a few lakes that I’ve never been to before, but it won’t be as bad because I have the 360 and I can wing it a little bit.”

With MEGA 360 Imaging on his bow, a blue trophy in his truck and a full head of steam heading up to clear waters and offshore fishing heaven, look for Gross to be a contender in the tournaments ahead.