Field Test: Get Your Bow Dialed in with the UNO Archery App

Field Test: Get Your Bow Dialed in with the UNO Archery App

Last summer I was introduced to the UNO Archery App by Full Flight Technology. But to be honest, I was skeptical. Here’s the backstory.

I was a few months away from heading to Idaho to bowhunt elk. And, despite the fact that I’ve always been a single-pin user, I decided to switch things up to a multi-pin bowsight due to the extended shot ranges I’d likely encounter in the mountains.

After an exhausting week of shooting my bow and sighting-in my seven pins, I had everything set perfectly. Then, a friend and fellow outdoor writer, Tracy Breen, suggested I give the UNO Archery App a try.

My first thought was why? I mean, after all, my pins were sighted-in, and I was ready to head West. Why should I take the time using an app to set my sight pins for me?

After assuring me that I’d be impressed, Tracy sent the app to me and asked that I simply give it a try. Because I didn’t have to change my existing bowsight pins to test the app, I gave it a shot. Much to my surprise, the UNO app came up with the EXACT pin settings I already had on my bowsight. But, that wasn’t the best part. The cool thing was the UNO app did in a matter of only minutes what it literally took me days to accomplish. In a word, I was shocked. 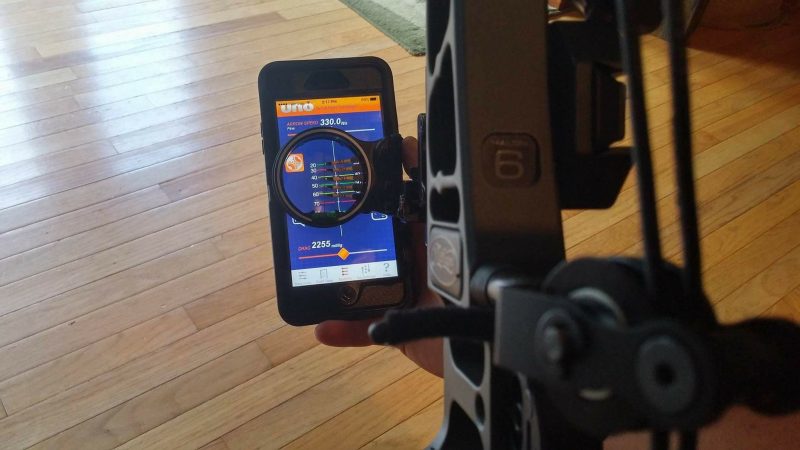 As I sat staring at my iPhone screen and the identical match between my pins and the settings computed by the UNO app, I couldn’t help but think about all the time I could’ve saved by using this handy tool. As a father of three, a husband, teacher, coach and freelance writer (just to name a few titles), time is a valuable commodity. I don’t have a lot of it. So, if you’re like me – busy – the UNO app can be a big help.

The UNO app requires very little time to set your sight pins perfectly. But to do so, it needs a little bit of information about your bow rig.

First, it needs your arrow speed. Ideally, you should gather this info after shooting your arrow through a chronograph. 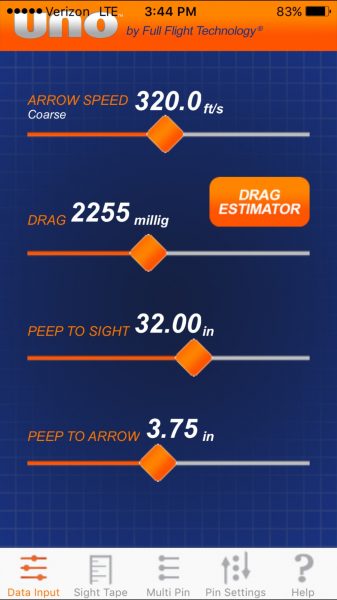 The next two pieces of information are easily acquired with the help of a friend and a ruler. The ruler will be used to measure two distances (peep to arrow; peep to bowsight; both distances at full draw) in order for the UNO app to compute the correct sight pin distances (see illustration below). Then, you must sight-in one pin the old-fashioned way. That’s all there is to it. 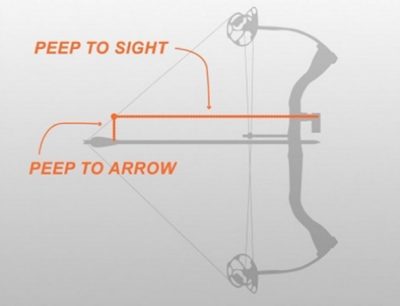 After that, the UNO app will display the correct distances between each of the pins on your multi-pin bowsight. Simply hold your phone’s screen up to your bowsight housing and then move the pins to the correct position. Done – you’re ready to shoot and verify the settings.

What About a Single-Pin Bowsight?

As much as I was impressed with the UNO app’s ability to correctly measure multi-pin bowsights, I was even more impressed with how accurately it set up my single-pin, moveable bowsight. When it comes to many single-pin sights, the UNO app lets you print custom and precise tapes for your rig.

For bowsight companies such as HHA Sports, which provide all the tapes you need with your single-pin sight (I own the HHA KingPin), the UNO app simply provides the user with the correct sight tape number to use. After less than a few minutes of measuring and entering the information, the UNO app gave me an answer. It turns out it was the EXACT same answer that the HHA sighting system had given me. The HHA system, while good, took much more time and required I shoot at distances of 20 and 60 yards. The UNO app did the same thing in about 10 percent of the time, and all I had to do was sight-in at 20 yards and then line the selected tape up with that mark. 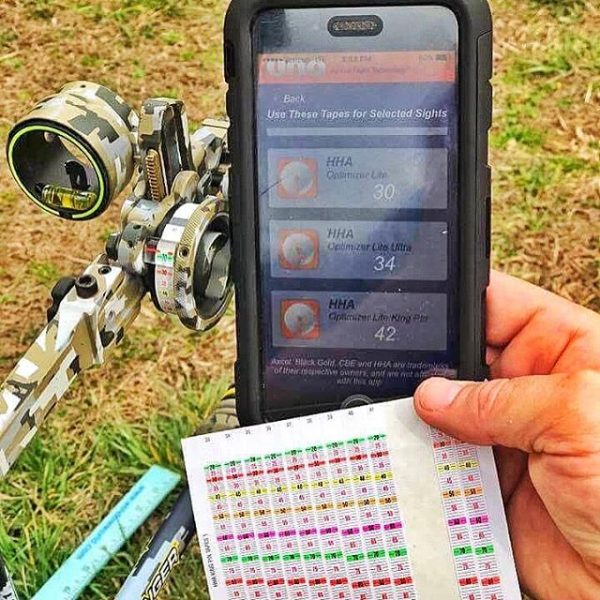 There’s no doubt in my mind that the UNO app is the real deal. Twice I have put it up against my own sighting system, as well as a highly designed manufacturer’s system. Both times the UNO app gave me the same result in a much shorter timeframe.

In my opinion, because the UNO app eliminates the influence of human error, it gives archers a method for setting theirbowsight pins in the correct location. But don’t take my word for it. I challenge you to try it for yourself and see if doesn’t blow your mind the way it has mine. Trust me, it will take only a few minutes . . . not days. 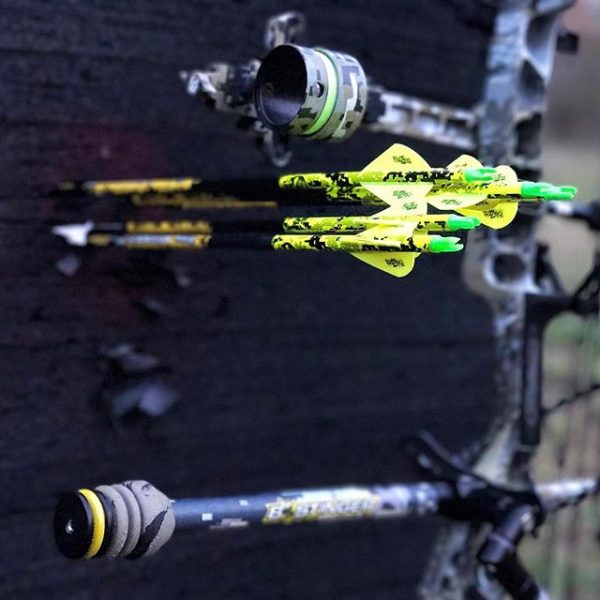