Any outdoorsman knows water is the key to survival on any expedition. It doesn’t matter if you’re hiking the Rockies or Kayaking the Mississippi River in its entirety; eventually, you’re going to need some water. While water is an obvious necessity for not dying, hot water in the wilderness is crucial for comfort and utility in ways that almost make it survival necessity as well.

Hot water on trail is the key to warm grub in your belly at night and simmering coffee in the morning to wake you up for another day of trekking. And even if you have a steady source of water, getting it easily boiling and usable can often be a tedious and tricky task. Thankfully though, Jetboil has released a series of stoves that will, literally, have you spending less time watching water boil and more time enjoying the comfort and adventure it brings. 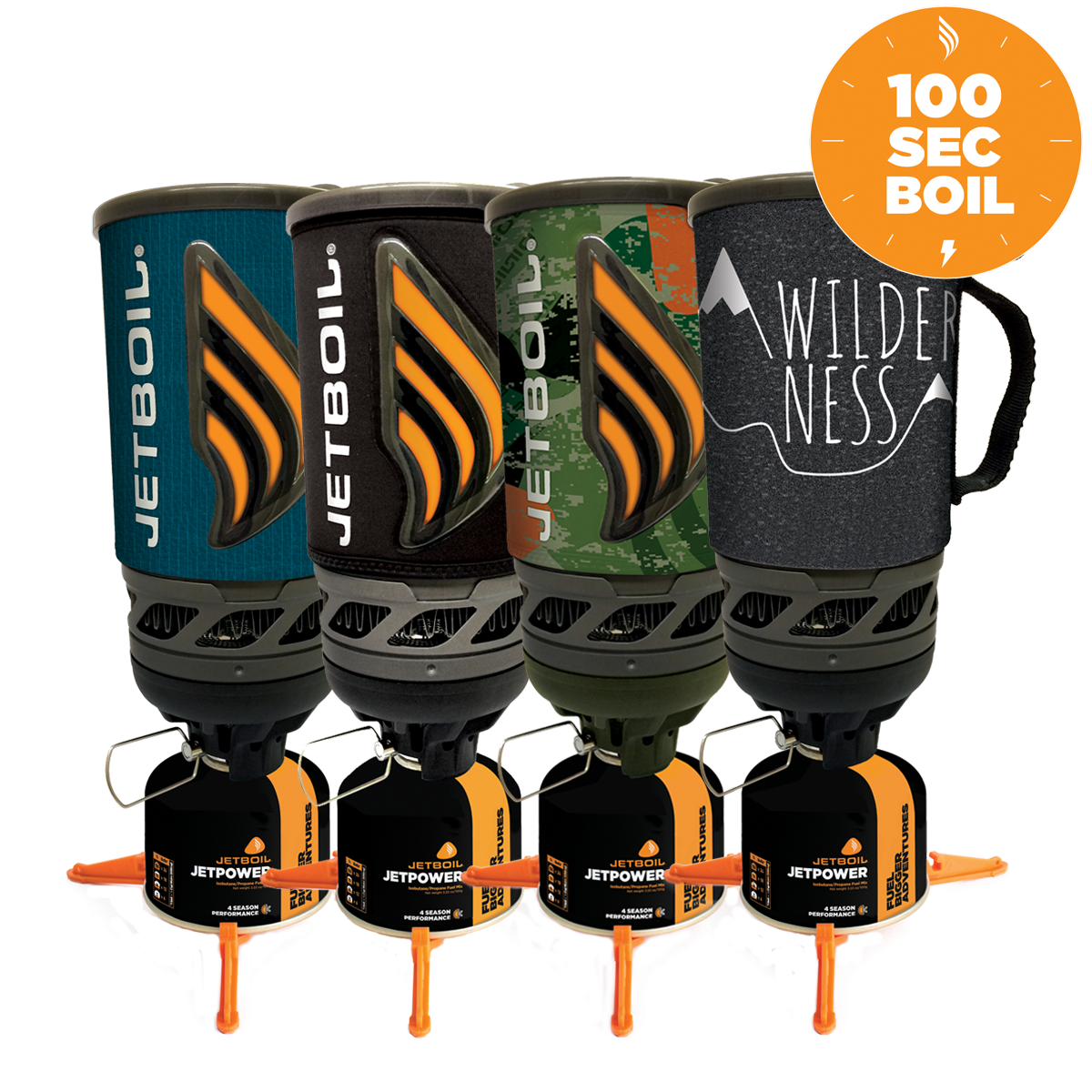 The Hassle of Hot Water

While hot water can be a god send on the trail, it’s not always the most convenient thing to come by. At the very least you’re trying to balance cookware on a small camp stove to boil it, and while that little plate of a rock looked sturdy at first, a slight breeze or a misstep leaves your water on the forest floor and you starting over.

Then, once you’ve managed to get your set up locked down, there’s still the exhilaratingly boring part of sitting there to watch water boil. If you’ve neglected a quality stove from the get go, this can turn into quite the wait.

Some hikers and outdoor enthusiasts even go so far as to just chuck the stove and hot water complex all together. Instead of attending to such a tedious process, they torture themselves with cold coffee and ramen. Before you go to such drastic measures, take a breath. There are quality stoves out there that simplify heating water on trail, thus making your camp comforts all the more feasible and necessary.

Jetboil is a Wisconsin based company specializing in trail cookware and fuel, and they could very well change your trail life from ‘barely getting by on oatmeal’ to straight gourmet thanks to their pretty stellar stove designs that allow for regulated and controlled water heating that can be easily managed on trail.

The variations of the Jetboil stoves that are sure to get your attention are the Mo series of cooking stoves compromised of the larger Sumo down to the smaller MiniMo and MicroMo. These stoves are part of Jetboils line of regulated stoves that allow for a level of control over your heating system not typically seen in outdoor cooking equipment.

Jetboil relies on what they’ve termed “FluxRing” technology, which is an ingenious accordion shaped heating rod at the base of the stove that maximizes the amount of heated surface area you can expose water to in order to get it boiling faster than ever. This technology is used in Jetboils Mo series and allows half a liter of water to be rapidly boiling in just over two minutes.

In addition to its FluxRing technology, Jetboil setups can also be regulated well beyond your normal camping stove. This means you can bring your water down to a simmer and shoot it back up to a rapid boil if need be, which opens up a range of cooking possibilities that were previously too temperamental for camping stoves.

To top it all off, the Jetboil Mo series also features a unique can apparatus to hold the water as it boils, that attaches directly to the stove, making it easier to handle and transfer water after it has been heated while minimizing the risk of spills throughout the process.

Jetboil stoves drastically simplify heating water on trail, which means you spend less time fumbling around with cooking gear and waiting forever to get your water to just the right temperature, and more time enjoying the wide range of cooking possibilities a Jetboil stove opens. They’re solid options for any outdoor enthusiast who enjoys the comfort of warm drinks and hearty meals even while on the trail!