5 of the Best Late Fall Beers for Deer Camp

5 of the Best Late Fall Beers for Deer Camp

The 2018 Whitetail season is here!  Along with whitetail hunting comes fall colors, snow in many parts of the country and fantastic seasonal beer releases.  Nothing is better than kicking up your feet in front of a warm fire and cracking a cold one after a long hunt.   We have selected 5 fall beers that are perfect to bring to your hunting camp.

Sam Adams Oktoberfest has been a fall favorite for years.  This beer can still hold its own against the hundreds of seasonal releases that hit the shelves every Fall.  Octoberfest is malty with hints of caramel.  It has a medium-light body and nice, clear, orange/amber color.  This is a perfect pick if you are trying to please a variety of beer drinkers. 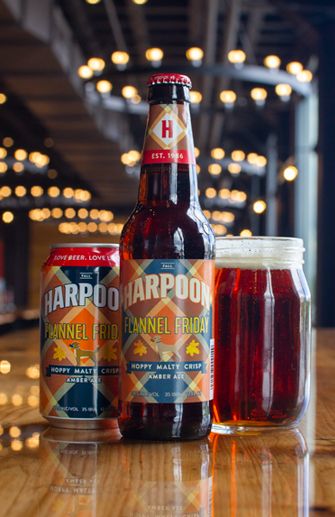 Nothing says “Autumn’s here” like a flannelled can.  Flannel Friday is a perfect balance between malty and hoppy.  This medium bodied Amber Ale has a malted, caramel-sweetness that collides with citrus/pine.  Give Flannelled Friday a try, it will certainly make you’re A-list of fall beers.

While creating this list we tried to avoid Pumpkin beers, but the rightfully named “Pumking” could not be ignored.  This tasty Pumpkin Ale is beautifully crafted and does not insult your taste buds with an onslaught of Artificial Pumpkin Pie flavors that you get in most pumpkin beers.  Pumking has a medium-light body, it’s a nice copper color with aromas of pumpkin, vanilla and butter crust.  Some of the flavors that stand out are vanilla, clove, cinnamon, nutmeg and of course, pumpkin.   There is also a cold-pressed coffee version of this beer that is worth trying.

If you like a little bite to your beer, this is a great choice.   Autumn Ale is medium bodied with aromas of malt, hops and caramel.   On the Palate you get subtle caramel upfront and a dry/hoppy finish.  Overall this is a delicious choice but it may not be the best beer on the list if you are trying to please a large variety of beer drinkers.

Autumn Maple is brewed with Yams, Cinnamon, nutmeg, allspice, vanilla and MAPLE SYRUP!  Do we need to say anything else?  We categorize this one as more of an after-dinner/dessert beer.  It’s going to be a little heavier than the other beers on the list and also has a higher alcohol content. Autmn Maple is available in Bombers (220z bottle), the perfect size to pop open and share with family and friends.