This year more than any other I could not wait to get out of town and head to Texas for a few days in late May to hunt Axis deer and Blackbuck just outside of Uvalde, Tx. Being locked down for several months with the COVID-19 pandemic had me going pretty stir crazy, so I was more than ready to get out of the house and test the new Terminal Ascent ammunition from Federal. 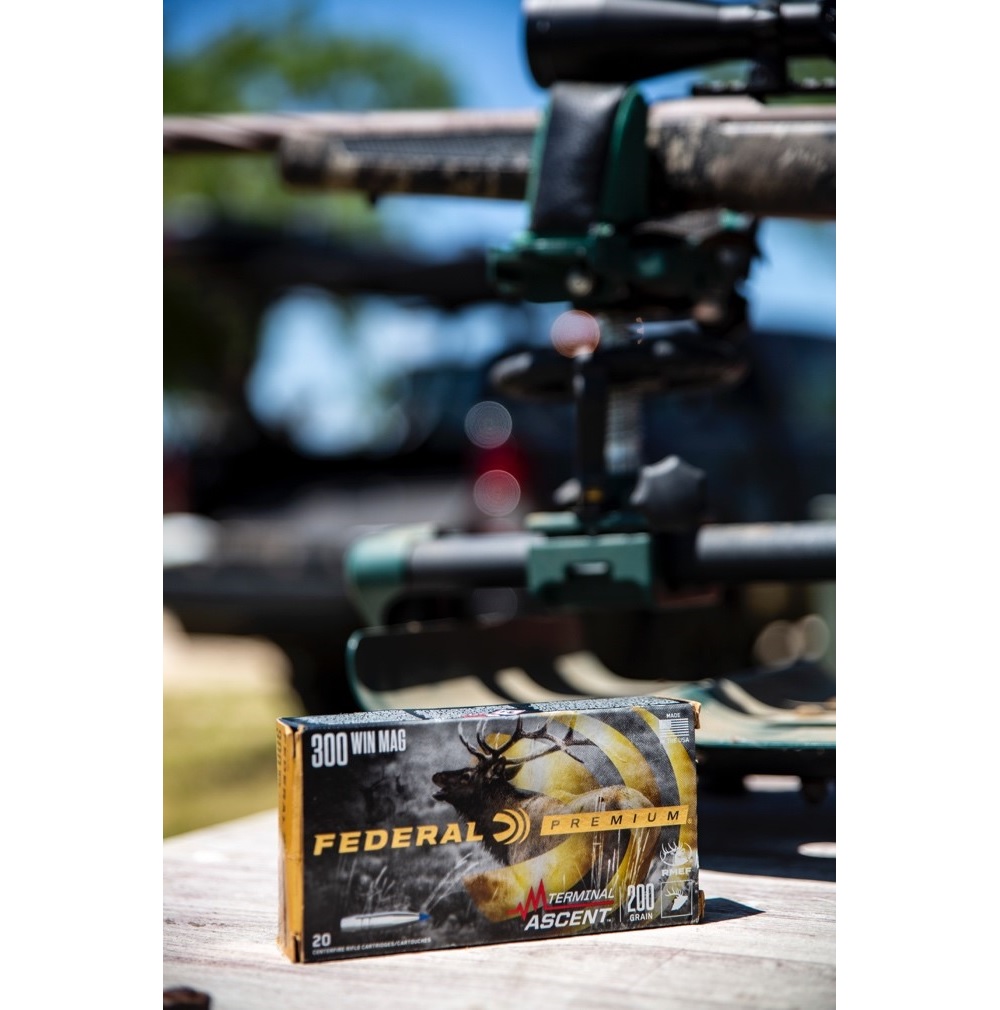 I was shooting my favorite caliber, 300 Win Mag and was pushing the new 200 grain bonded freezer filler at just over 2,800 fps at the muzzle. Seeing as though we were in hill country and could see shots anywhere from 50 yards to 400+ it was the perfect application for the new round from Federal. The new technology is designed to account for these scenarios and delivers any-range accuracy, high weight retention, deep penetration and lethal terminal performance—up close and at extreme distances.

We had originally planned to start with Axis deer since they are notoriously wary and we did not want to start stomping around the ranch and send them all nocturnal. But, when hunting, you never look a gift horse in the mouth and we came across two Blackbuck fighting in the middle of a Sendero. Completely unaware of our presence and hell bent on kicking the crap out of each other we were able to stalk to within 100 yards and I put a good shot on the wider of the two bucks. 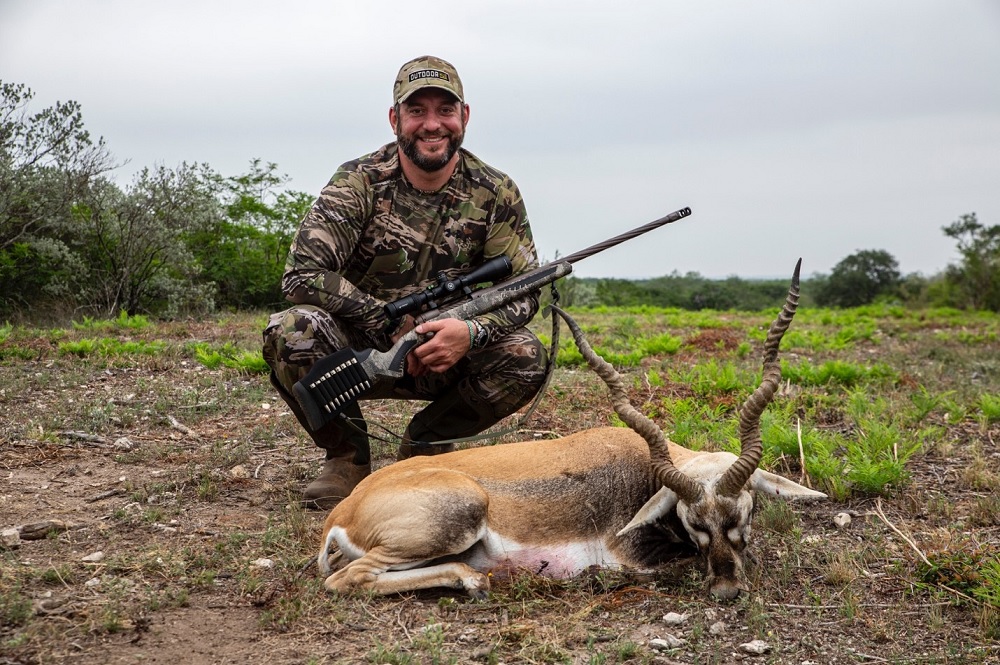 It was a good shot and the new terminal ascent round performed exactly as advertised.  Complete pass through and an excellent blood trail that resulted in my first Blackbuck.  With that much gun at such a short distance one could be worried about bullet performance and fragmentation at such high speeds. That is why Federal designed this round, to give you the flexibility to take the up close shots and not have to worry about expansion and fragmentation.

Now that we had Blackbuck checked off it was on to my favorite of all Texas exotics, Axis deer. Beautiful animals and EXCELLENT table fare! The ranch had trail cam pictures of several huge bucks still in perfect velvet and those are the ones I wanted to go after. We had spent a few days over looking a couple different feeders but the weather changed the week we got there and it was HOT!  Which of course changed the patterns of all the deer they had on camera.

Luckily though on the last evening I spotted one of the big velvets heading across the valley and towards the feeder I was sitting on.  He came right in!  Along with 8-10 other Axis and of course he was smack in the middle of the whole group and I had no shots available for what seems like an eternity. Eventually though he made his way around the feeder and cleared the rest of the group.  We tried to get him to stop but he had a full belly and was on his way to water without a care in the world. At about the last possible second I took a hard quartering away shot and entered just in front of the back hip. Very far back for the shot but the angle was such that it should have been about perfect for the exit point. 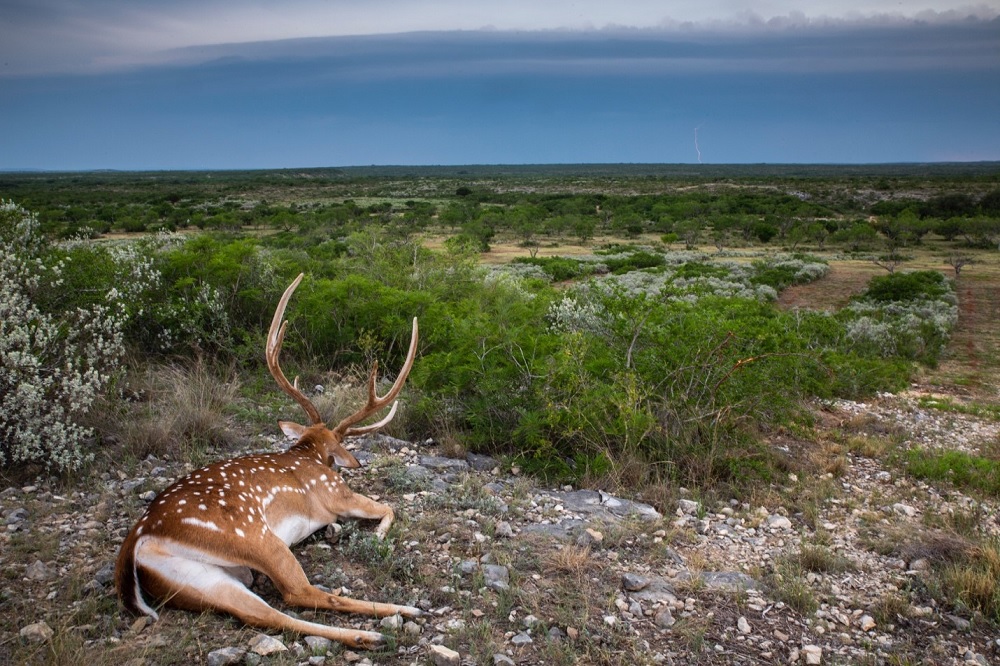 This is where the rubber me the road and I was going to see first hand what the new Terminal Ascent could do, I had run this bullet through about the thickest and longest part of the animal and I was about to see first hand how it performed. Much to my surprise we walked up and the Axis had gone no more than 30 yards and piled up. The bullet entered just where I thought right in front of the left hip and had lodged itself just under the skin on the front right shoulder.  Maintaining a perfect path and holding together with lethal expansion. Here is a picture of the bullet after we pulled it from the hide when skinning. My biggest and for sure coolest Axis I have ever shot. 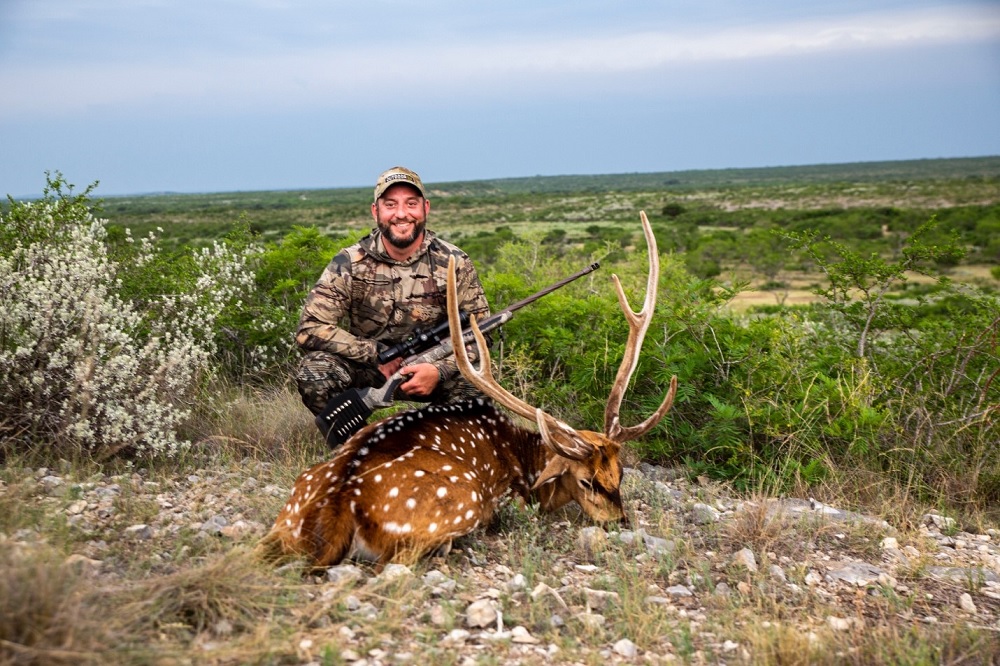 All in all the new rounds from Federal performed excellent, keeping their weight and expanding at both close and long distances. Especially on the Axis, I had about as much penetration as you could draw up on a deer and that bullet left all of that energy where it needed to be. 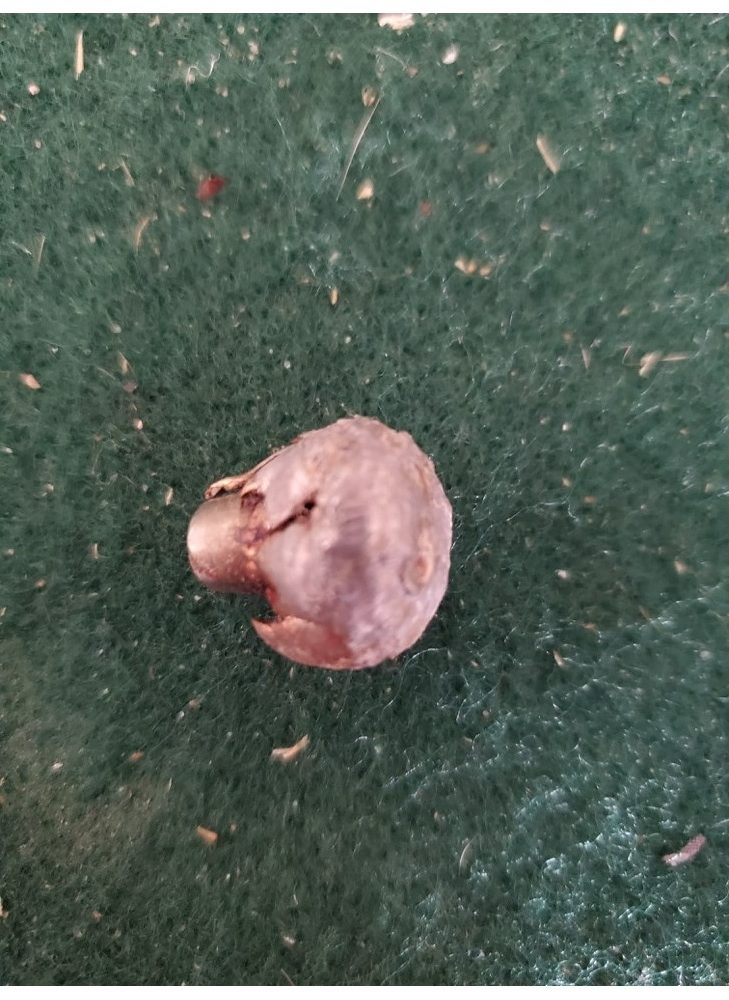 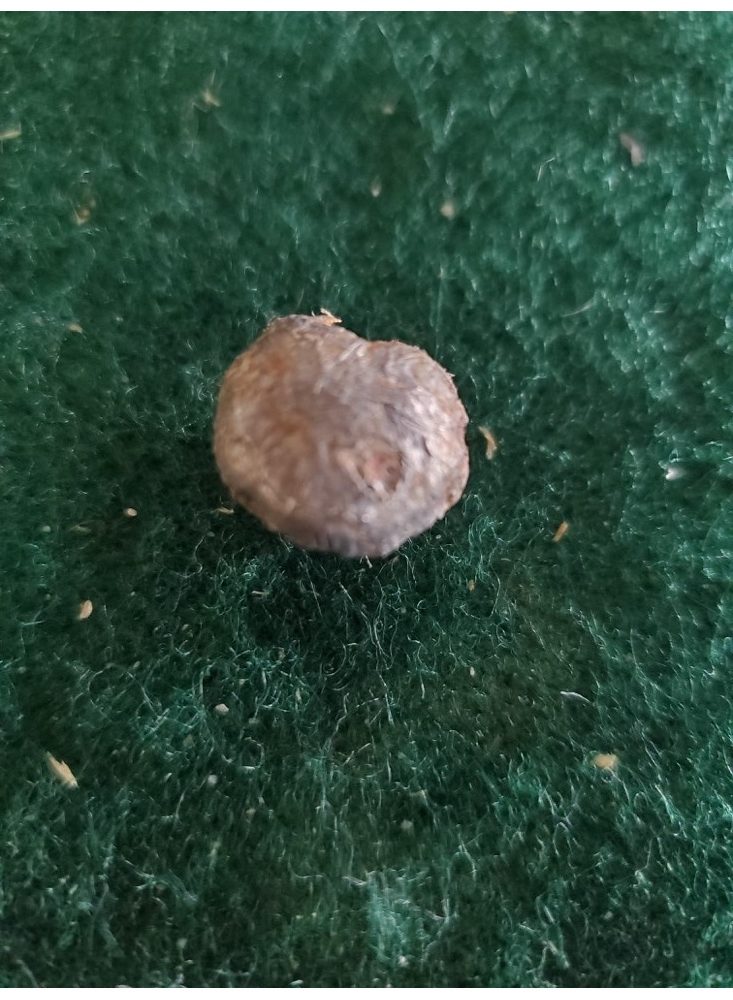 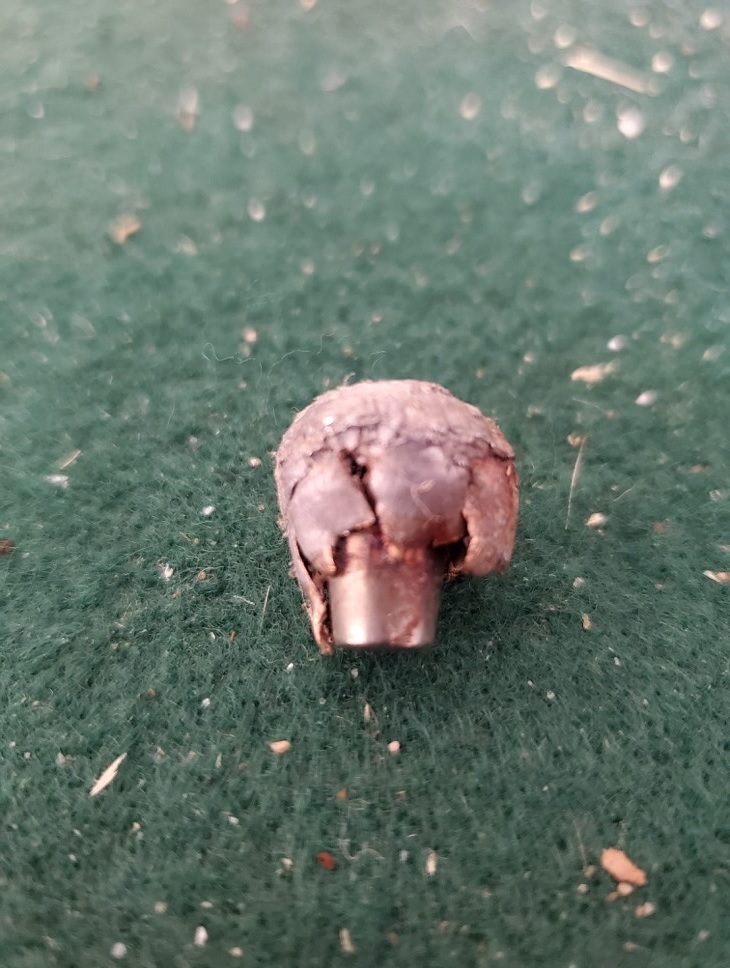 The bullet’s long, sleek profile offers an extremely high ballistic coefficient, and its AccuChannel groove technology improves accuracy and minimizes drag. A couple other key takeaways from the Terminal Ascent line that are worth pointing out.

In summary, I was VERY pleased with the accuracy of the round and the performance on the two animals I took in Texas. Especially the Axis deer as it performed as close to perfection as possible. The exact selling points that are printed on the box are exactly what it delivered in the field. I plan on continuing to use this round as my go to for hunting this fall and beyond and I can’t wait to get it in some other calibers to use while I am out hitting the woods this fall. I am especially excited to try this through a couple of my 6.5 Creedmoor rifles! Based on what I saw from the 300 WM rounds I am sure it will be exceptional performance.