A drive through rural Manitoba will give you a relaxed feeling, much like being around family and friends. The countryside is sparsely populated, and the people are friendly. One thing that stands out is the antlers on garages, barns, and outbuildings. If you’re a whitetail enthusiast, it won’t take long for you to realize that they grow big white-tailed deer in Manitoba.

Deer hunting has a strong heritage in the heart of Canada, and resident hunters often have a collection of deer antlers from animals harvested over the years. Stop in at one of the local bars, and you’re likely to see a collection of mounts that will have you asking questions about hunting opportunities.

The Records and Stories of Manitoba Big Game bring to light just how big the whitetails grow in Manitoba, with non-typical deer listed over 260 inches, and hundreds of typical entries that qualify for the Boone and Crockett minimum for all-time records. To say Manitoba is a “sleeper destination” for white-tailed deer would be an understatement.

If you like big-bodied Dakota whitetails, Manitoba should be on your bucket list for your next hunting adventure. Specialized outfitters, with years of experience, are eager to see clients find success.

Outfitters use stands and blinds to keep clients in well-scouted areas where mature deer live and use travel routes between feeding and bedding areas. The early archery seasons allow outfitters to pattern deer to prime feeding locations. Muzzleloader and general firearms seasons provide the benefit of hunting the rut when big bucks often put their guard down and travel in areas that make them visible. 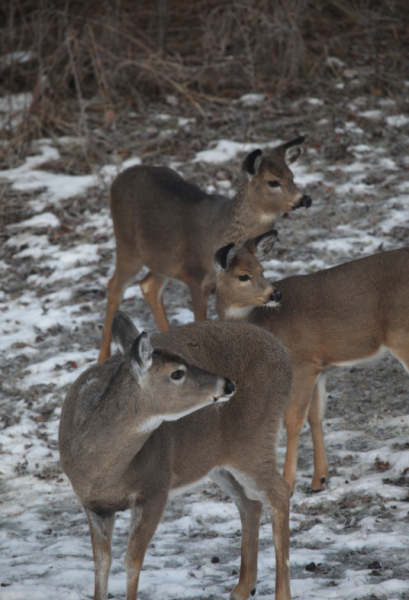 There are 1.3 million people that call Manitoba home, and the majority of those live in the capital city of Winnipeg. When you consider that Manitoba is 250,900 square miles, it isn’t hard to deduce there is less hunting pressure when compared to most states. Only Texas and Alaska have a larger land mass than Manitoba.

Geography plays a big role in understanding Manitoba whitetails, as its western border is shared with Saskatchewan, which is well known for big Canadian whitetails. We all know that a line on a map doesn’t stop deer movement or the sharing of genetics, and big bodied deer are the norm for western Canada. Cold temperatures and deep snow have helped Mother Nature select a bigger bodied deer to survive the harsh winter months. Ontario shares the eastern border of the province, which is also known to produce good whitetails.

Manitoba is the geological center of Canada, making it easy to reach from anywhere in North America. Minnesota and North Dakota lie directly south of Manitoba and are also well-known deer producers. The whitetail has adapted well to prairie habitat, and with productive agricultural areas, deer flourish.

Almost half of Manitoba is covered with forest, and the southern regions are unique and productive grasslands. Southern Manitoba was once covered with the glacial waters of Lake Agassiz. The old lake bed makes a productive agricultural zone that is characterized by little relief in the landscape, carved up with creeks and rivers. There are also areas of Canadian Shield with exposed granite and pine forest, and the taiga region in the far north, leading into the Arctic.

Southern Manitoba is part of Palliser’s Triangle, which delineates the productive soils and climate for part of the Canadian prairies, also known as the breadbasket of Canada with crops like corn, sunflowers, barley, wheat, lentils, and flax. With long summer days, extra sunlight means great growing conditions, and Manitoba holds the distinction of being the largest producer of sunflowers. Deer hunters know that productive agricultural areas equate to high-protein deer food and unique hunting opportunities. 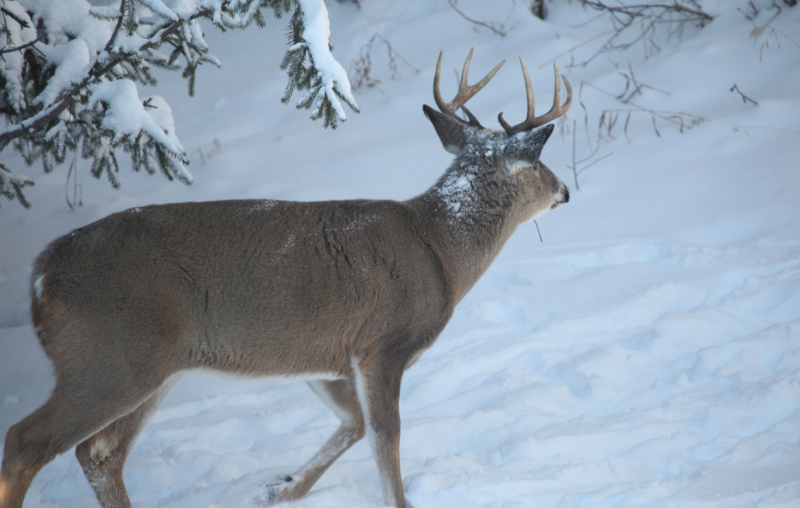 Manitoba has long been known for being able to produce wildlife. The Hudson’s Bay Company forged into Manitoba to set up trading posts, and voyageurs paddled the extensive waterways to trap fur and live off the land. The initial exploration dates to the 1600s when moose, caribou, and bear were the main game species. White-tailed deer would be considered a relatively new phenomenon in western Canada.

Hunting is a long-standing tradition enjoyed by Manitobans and visitors alike. Manitoba is home to a diverse and impressive array of wildlife that is sustainably managed, and the hunting opportunities it offers are unique and robust. White-tailed deer showed up in Manitoba in the late 19th century, as agriculture expanded into the region, providing ideal deer habitat. At the time, it was the farthest north that whitetails were known to live.

Manitoba has a long and productive growing season, but once the hunting seasons open it can get cold fast. Hunters should come prepared for any weather—rain, snow, sleet, and even extreme heat with pesky biting insects. The weather can be fickle, but that is part of the adventure.

Bring plenty of layers to dress warmly. Check with your outfitter to determine if you’ll be in a stand or blind for long periods. The weather is often what gets deer moving, so make sure you are prepared to take on any conditions. Most outfitters have a comprehensive packing list that will help ensure you bring the right gear to make the most of your trip.

On a normal year, Winnipeg has 193 days when the minimum temperature is at 32°F or below. The first frost of the year normally occurs around September 22. In September, high temperatures average 66°F with lows averaging 43°F, October commonly has 51°F for highs and 31°F for lows. During the main firearm seasons in November, the highs average 31°F with a low-temperature average of 15°F. Winnipeg boasts the most days for a city in Canada when the temperature never rises above freezing, with approximately 113 frosty days each year.

Manitoba offers archery, muzzleloader and general firearm seasons, and depending on the Game Hunting Area (GHA), hunting season dates are primarily during the months of September through November.

Whitetail deer hunts are popular in areas of the Parkland, Western, Central, Interlake, and Eastern regions. Most are easily accessible from Winnipeg, which has an international airport. All foreign non-resident hunters must use the services of a licensed lodge or outfitter, authorized to outfit foreign resident hunters. You must also be accompanied by a licensed Manitoba guide, with no more than three hunters per guide.

Bring a Firearm to Canada

There is a misconception that bringing a firearm into Canada is difficult. There are forms available online to make the process easy and efficient when crossing international borders. You can find a fact sheet and the Firearms Declaration Form here. Click on English, then on Visitors/non-resident. Fill out your forms with the firearms information you will be bringing to Canada, but don’t sign it until asked by a Canada Border Agency officer. Hunters can bring two firearms with them, which does not include handguns.

Travel Manitoba has an interactive website for hunters and anglers interested in visiting the province. Take a tour at huntfishmanitoba.ca to start planning your Manitoba whitetail deer hunting trip.

Need information about traveling to Manitoba, or Canada in general, and crossing international borders? Contact Canada Border Services Agency at www.cbsa-asfc.gc.ca or call 1-800-461-9999 or in Winnipeg at 204-983-3500.